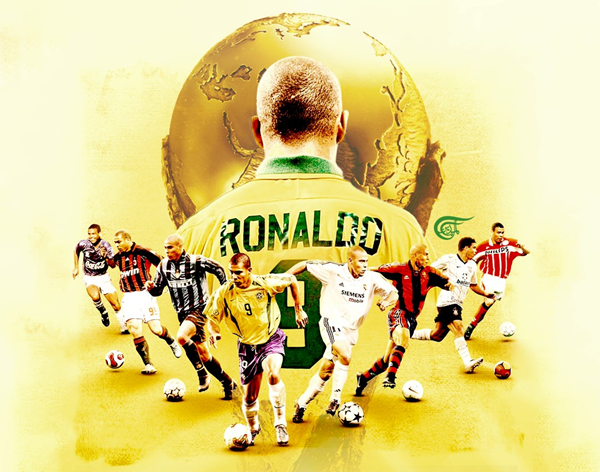 Ronaldo Nazario celebrates his 45th birthday. On this anniversary, we remember a group of his achievements and his beautiful stories.

“Gogo Bonito”, with this phrase describing Brazilian football, whose players have always performed magically over the “green rectangle”. The Brazilian players’ touches have always forced the crowd to applaud and stand up.

There is always a discussion about the best player in the history of the country, who won the World Cup 5 times, and the fifth was its most prominent title, “The Phenomenon”; “The phenomenon”. He is Ronaldo Luis Nazario de Lima.

It’s the 22nd of September. On this day, Ronaldo was born in 1976. When this young man was born, the Brazilians did not know that he would become one of the best players in the history of the game. For many, it is better than touching the ball with his feet. Ronaldo was no ordinary player. He was exceptional, and no two can doubt that, as some things are constant and do not change. And if the magic of Brazilian football is embodied in a man, it may be embodied in Ronaldo.

With the mention of Ronaldo, there is a kind of “nostalgia”. There is nostalgia for the past. Ronaldo is a hero whose name has been sung by an entire generation, and the current generation is still searching for his clips on YouTube, to know the man everyone is talking about.

Many stories can be mentioned on the birthday of the “phenomenon”. Here we can recall the strange story of his hair in the World Cup “Korea and Japan 2002”. On that day, Brazil narrowly qualified for the World Cup and changed its coach before the tournament started. Ronaldo appeared in his strange and famous story, and was crowned in that form with the cup. When he was asked about it, he said that he did it to keep the press busy with this “hairstyle”, and to take away the pressure from him, especially with the hopes placed on him. However, in the final against Germany, the world was busy with his two goals against Oliver Kahn.

One of the clips associated with Ronaldo’s name, when the English coach, Bobby Robson, pulled his hair, after the Brazilian young man tricked a group of Compostela players, starting from the middle of the field, to conclude that launch with a goal.

In one of the recordings from France’s training before facing Brazil in the 1998 World Cup final, and in a conversation between the players, former defender Marcel Desailly says: “When I was a Milan player, he did a lot for me. He goes right and left, and you can’t see the ball. Where is the ball?” it’s magic”. And his colleague in the “Roosters” team, Lillian Thuram, adds: “You look down. You look for the ball, and you see it has disappeared!”

Ronaldo has 2 Golden Balls and 3 awards, which are the “best” presented by the International Football Association, “FIFA”. He won the World Cup twice in 1994 and 2002, and won the “Copa America” ​​twice (1999 and 1997), and the European Union Cup with Inter Milan (1998). But the only title that remained elusive was the European Champions League.