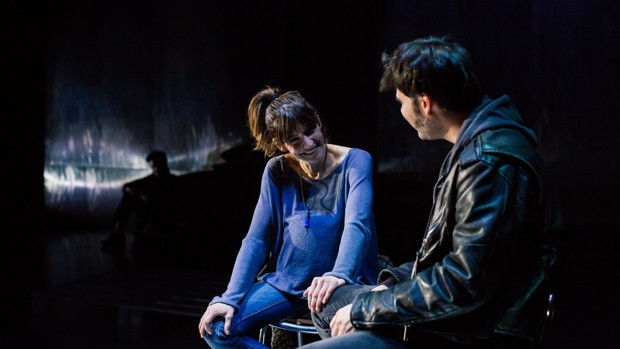 Vicentín is a boy diagnosed with schizophrenia. He is very happy, he loves to sing and dance. He has the soul of Elvis inside him. Your gift is knowing what people are going to say; his wish, to compete in all the ‘realities’ on TV. His cross, and that of his family, suffer from mental illness in a country in crisis. This is the summary of ‘The Silence of Elvis’, a text by Sandra Ferrús -she herself directs and plays one of the roles- that the
Ships from Spanish recovered after passing through the Teatro del Barrio and the Teatro Infanta Isabel a couple of seasons ago. They complete the cast Jose Luis Alcobendas, Elijah Gonzalez, Susana hernandez Y Martxelo Rubio.

Sandra Ferrús, who premiered ‘La panadera’ a few months ago at the María Guerrero theater with great success, wrote this play from a personal experience. «I have not tried anything else than to tell a story, and to do it through what I know best: the stage; I have had no intention of either theorizing or moralizing. I don’t want to generalize either. I have written with my heart, I wanted to write what I would have liked to see on stage ».