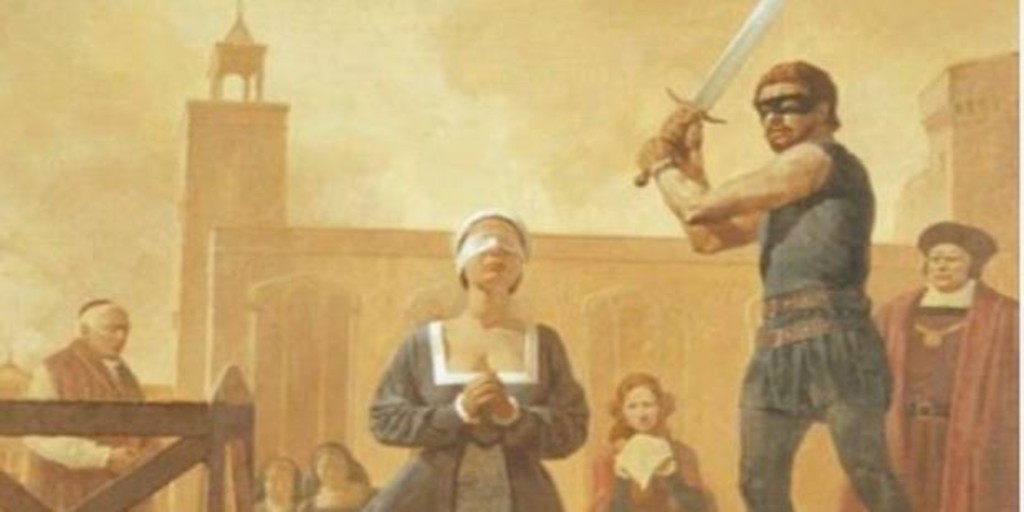 In November 2018, the specialist in the Tudor dynasty Tracy Borman published a new biography of Henry VIII (1491-1547) in which he tried to show his friendlier and more human face. The historian based her research on documents relating to court figures who had been associated with the King of England and whose testimonies had not been given much attention before. For example, those of his barbers, doctors and buffoons, who portrayed a “vulnerable, insecure and loyal” man, as he explained to
‘The Guardian’.

Borman found them among the holdings of the National Archives and the British Library, as well as several private collections. There were letters from the jester William Somer, who had a very high opinion of the ruler because of the care and affection that he professed all his life. Also from his doctor, William Butts, whom he treated as a great confidant despite criticism from the rest of the court about the preferential treatment he received. However, two years later, in October, the historian was visiting the National Archives to study the documents of the trial of one of his wives, Anne Boleyn, when archivist Sean Cunningham called her attention to a passage he had discovered in one of the books of the English monarch.

It was nothing less than the written orders of where and how he wanted the Queen he had married three years earlier to be executed. A passage that had previously gone unnoticed between the pages of a book of royal dispositions of the 16th century and which stipulated that his wife “had been sentenced to death by fire burn or beheading.” However, he later specified that, “moved by compassion”, he wanted to avoid such a painful end and ordered that the best thing was that “Ana’s head be cut off.”

This document reinforces the image of a pathological monster with which it has been commonly associated. A King who acted with cold blood and premeditation when acting against each of the six wives he had. In the case of Ana Bolena, the most famous and unfortunate of all, she was convicted “of adultery and high treason” on the accusation of having had sexual relations with several men of the court, including her own brother. A sentence that was not supported anywhere, because all those involved denied the charges despite the pressure to which they were subjected by the monarch’s clique.

Only one of the Queen’s alleged lovers – one of the musicians in her service, Mark Smeaton – ended up admitting that he had had sexual relations with her, but most historians maintain that upon confession she was taken away under torture. For Enrique VIII it was enough and it did so that it was condemned along with the rest of the accused. No one doubts today that the trial was a ruse organized by the King with the aim of getting rid of his wife, just as he had done with his first wife, Catalina de Aragón. The reason was, on the one hand, that none of them had managed to give him male children to succeed him on the throne and, on the other, that he already had a successor to marry: Jane Seymour. Ana Bolena was unlucky enough to give birth to a girl and that earned her a death sentence. A daughter ended up who, incidentally, became one of the most remembered English queens in history: Elizabeth I.

The divorce with Catherine of Aragon earned Henry VII the break with the Catholic Church. Thanks to this, the King became de facto the visible head of the Anglican woman. The Queen, at least, preserved her life, something that Anne Boleyn did not achieve. It is difficult to get used to the idea of ​​how shocking it was to see a beheaded Queen, but this was the case on May 19, 1536, in London, just three days after she was arrested and subjected to an urgent trial.

The monarch then became obsessed with following his instructions to the letter. She had to be beheaded and not burned at the stake so that she would suffer less. In addition, his head had to be cut off as he ordered, to the point of sending Constable de la Torre, Sir William Kingston, to France to hire a swordsman to act as an executioner. The decision made some sense within that strange pity of his when we consider that beheadings were usually done with an ax. This usually required more than one blow, giving the victim a terrible agony that Henry VIII wanted to avoid. Despite that, for him Pope Paul III the King was still “a cruel and abominable tyrant,” and for the French ambassador Charles de Marillac, “A greedy man who is not satisfied with all the riches in the world.”

The causes are unknown, but at the last moment the place of execution was changed to the courtyard of the Waterloo Building which today houses the crown jewels of England. The day before her execution, Anne Boleyn sent for Kingston to inform him that she preferred to die early in the morning to avoid suffering, instead of at noon as had been established. “I replied that I would not feel much pain, but very little, and then he told me putting his hands around his neck and laughing out loud: ‘I heard that the executioner is very good and I have a thin neck,'” said the constable. I have seen many men and women executed. Everyone has felt a deep pain, but as far as I know, this lady feels joy and pleasure in the face of death, “he added later.

On the 19th, when they went to pick her up from her cell to meet the executioner, many of the witnesses assured that she seemed to be calm and walked with great poise. This is how Sir William Kingston, in charge of organizing everything, described the scene: “She crossed the courtyard and the huge gate behind which the crowd awaited her, for her death caused a sensation. She showed such courage and spoke so convincingly on the gallows that this crowd began to whisper that she was innocent. ”

When he started up the stairs with the help of Kingston, he seemed to be cheerful and even smiling. Some chronicles describe Ana Bolena looking sideways as if waiting for the pardon, but in the end she realized that it was not going to come and she addressed those present with the following words: «I have not come here to accuse anyone, only I pray to God to save my sovereign king, to give him a lot of time to reign, because he is one of the best princes in the world, who always treated me so well that he could not be better. Therefore, I submit to death with good will, humbly asking for everyone’s forgiveness.

Four bridesmaids kept her company at all times, crying nonstop. It was one of them who took off the white fur cape from her shoulders. He wore a black suit with a red petticoat, the latter the color that symbolized the martyrdom of the Catholics. With that gesture he wanted to underline his innocence for the last time. Then the hood was removed and she removed the necklace herself. Another of the ladies took it upon himself to blindfold him. Finally, Anne Boleyn knelt and began to pray as the executioner brandished his sword and cut her neck with a single blow. The assistants collected the head on one side and the body on the other and wrapped them in a white blanket.

It is believed that he was around 35 years old.