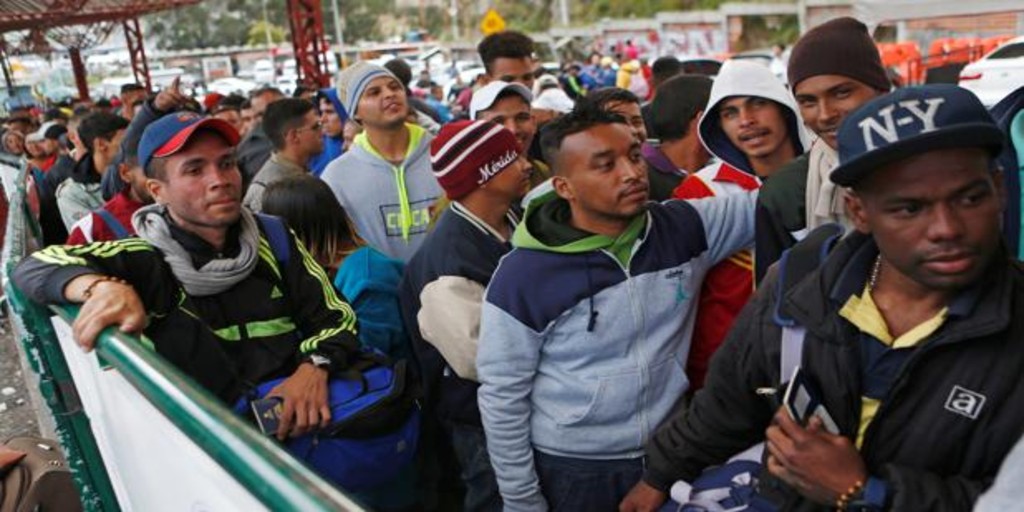 Venezuelan migrants and refugees in South America could face the low temperatures of the coming winter in the region, which represents a new threat to the more than 1.5 million people who are distributed in Argentina, Bolivia, Chile, and Paraguay. , Peru and Uruguay. This has been warned by the UN High Commissioner for Refugees (UNHCR) this Friday, who also fears for the “considered” increase in humanitarian and health needs, also for the effects of other respiratory diseases such as influenza.

In addition, it has shown concern about the collateral damage caused by the outbreak of the Covid-19 pandemic that has placed the South American region as the epicenter of the virus, and that has affected the migrant and refugee population due to the restrictive measures. of movements, border closings and suspension of flights, decreed in the countries of the area.

UNHCR, through a statement, explains that “many have been left without their way of life and must face poverty, destitution, evictions, hunger and food insecurity, as well as greater risks at the level of protection.”

The organization also plans to double aid for the precarious conditions of Venezuelans, which it believes is “an increase in the number of people who will require emergency shelter and winter supplies such as blankets, warm clothing, medicines and fuel to heat their homes. ».

Battered in Venezuela
In several speeches, Nicolás Maduro has railed against the countries that have received the migrants and has denounced the mistreatment of the governments of their returning nationals. But those who have returned to their homeland have been exposed to cruel treatment, as denounced David Smolansky, OAS commissioner for the crisis of Venezuelan migrants and refugees: “Many Venezuelans have returned to their country and are exposed to cruel treatment and degrading and even victims of segregation when the regime calls them a biological weapon, threatening to quarantine a cell and marking their houses.

The Maduro regime has made propaganda with the return of Venezuelans in the midst of the coronavirus crisis. According to Chavismo reports, more than 50,000 people have returned, however, from various non-governmental organizations, such as the Venezuelan Migration Observatory of the Andrés Bello Catholic University, they have questioned the credibility of the information, and therefore, ensures that the return is not massive as they make believe and that it is “a media show”. More than five million people have left Venezuela in the last five years due to the acute food and economic crisis, making it the second most displaced population on the planet after Syria. .