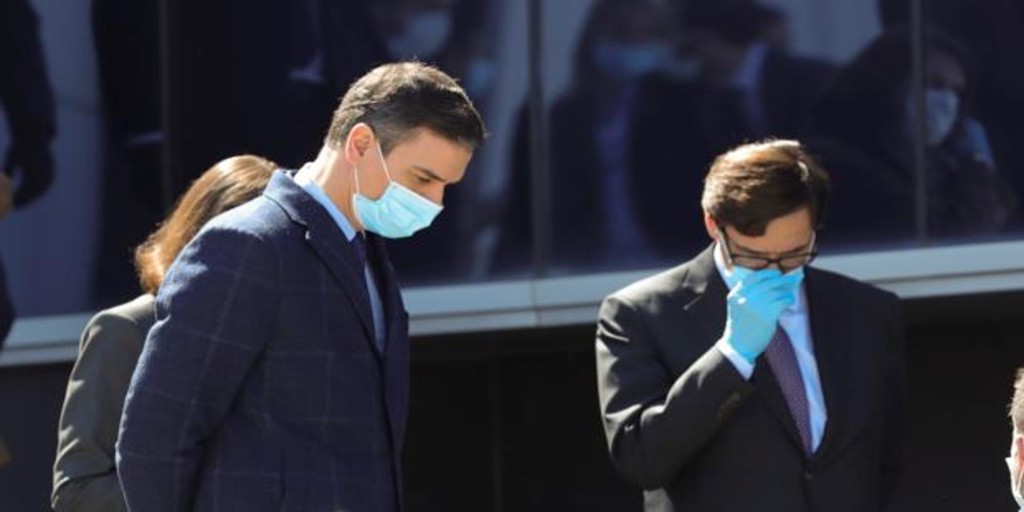 one.
The Government has spent 154 million euros on dubious purchases of sanitary material. The government has signed, since the coronavirus crisis erupted, at least five contracts worth 171 million euros of sanitary material whose solvency is in doubt. However, one of these agreements, that of the failed tests, was finally terminated, which leaves the invoice of doubtful purchases at around 154 million euros. First of all, the scandal of the frustrated tests broke out. In the early stages of the pandemic, when the virus hit harder, the news emerged that the examinations carried out by the Ministry of Health on these tests cast doubt on their sensitivity to detect the coronavirus. They were from the Shenzen Bioeasy Biotechonology brand and were purchased by Sanidad through the supplier Interpharma. The signed agreement had a value of 17 million euros and the Ministry, after verifying that they were not effective, broke it.

2. Companies go ahead of the Government and start testing their employees. Spanish companies take the initiative and begin to prepare to return to business with all health guarantees. In the absence of massive tests for the population and without a precise timetable on when and how economic activity will recover, the business world begins its particular de-escalation. Many companies have already tested their employees for coronavirus, are beginning to prepare the ground for testing in the coming weeks, or are considering this in their de-escalation plans. Among them, Seat, Inditex, Unicaja, Santander, Bankia and Telefónica. Distributors, medical laboratories and pharmaceutical companies, in addition to private clinics, offer these products with total normality in the market at prices that range, in the case of PCR tests, between 100 and 140 euros, and in the case of tests Antibodies are being offered, in some cases, kits of 20 tests at 350 euros plus VAT.

3. Sánchez flees today from the autonomic debate on the Covid-19 in the Senate. The Prime Minister, Pedro Sánchez, asks to have the autonomies for the design of the reconstruction plan for the exit from Spain after the coronavirus crisis. However, when he has the opportunity to start debating with them, he runs away. This is what will happen today in the Senate, when the General Commission of the Autonomous Communities begins at twelve in the morning and the seat of the Prime Minister is empty. In its place, the Minister of Territorial Policy and Public Function, Carolina Darias, who will be in charge of replying to the autonomies. If Sánchez had agreed to be present at this meeting, which will be held in person, it would be the first opportunity to face-to-face the management of the different administrations in the coronavirus crisis. But it will not be so, the absence of the president has ended by decaffeinating the debate. If Pedro Sánchez mocks the Upper House, so will the socialist presidents.

4. Education proposes that a single teacher work at a time in two adjoining classrooms for phase 2. This Tuesday the Prime Minister, Pedro Sánchez, announced the de-escalation plan approved by the Council of Ministers, officially called “Plan for the transition towards a new normality ». Although there are no specific dates, there is an approximate schedule for a plan that has been divided into four phases (0, 1, 2 and 3) and that will last eight weeks. In phase 2 problems have been raised such as a teacher facing two groups of students simultaneously attending the same day: those who come in person and those who stay at home. When the ministry was consulted on these issues, it noted that to serve two groups at the same time, “there are various ways of organizing it. For example, they can be in adjoining classrooms and while explaining to one group, the other does exercises or tasks that have been set for them. Or they can go on alternate days or at different times. Each center will organize it according to the number of students who go and their possibilities ».

5. It is one year since the attempt to overthrow Nicolás Maduro. It all started a day ahead of schedule. The president in charge of Venezuela, Juan Guaidó, initiated the so-called Operation Freedom, twenty-four hours before May 1, workers’ day and in which a great national march against the Maduro government was planned. Shortly before dawn, at 5.50 a.m. local time, Guaidó surprisingly appeared in a live video next to the opposition leader, Leopoldo López, who had been under house arrest since 2017, and from Altamira assured that Maduro “no longer controls the country ”and called Venezuelans to take to the streets. The uprising, which had been brewing for months and was reported to Washington from the start, was thwarted before it began. Previous disagreements and lack of confidence between the main political actors of Chavismo ended up dynamiting the operation that was about to end Chavismo.

6. Real Madrid will not sign while playing without an audience. Real Madrid does not plan to carry out large player operations as long as football does not return to normal. The reflection of the sports management is clear: Why would they negotiate with Nasser Al-Khelaifi from Mbappé, with Rennes from Camavinga, or with Borussia from Haaland, if the Bernabéu is empty? Important signings cannot be carried out with such a significant reduction in income, close to twenty-five percent, because of this closed door, which leaves the members without football in the stadium. Everything is forwarded to television. Followers cannot go to the stands, at least for half a year. They can not go to the field, there is no income from fertilizers, or ticket offices. And there are twelve players on loan, of which three will return. .