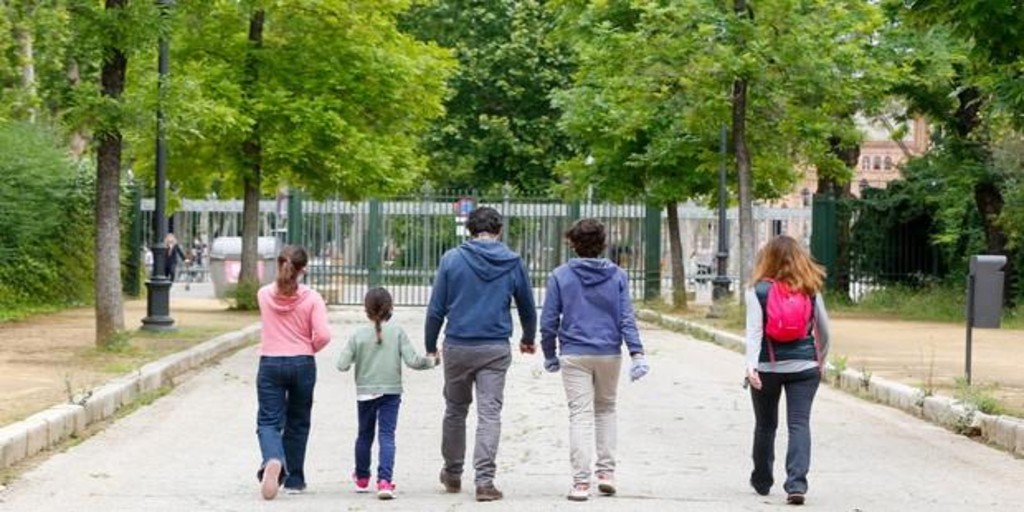 1. The conditions in which adults can go outside on May 2. If everything goes as before, adults will be able to go outside in just four days. It will be the last step before reaching phase 0. At the moment, the number of new infected with coronavirus has fallen in Spain to the values ​​prior to the declaration of the state of alarm. Yesterday, 1,308 were known recently, the lowest number since March 13, consolidating the downward trend. This is the second scenario towards de-escalation, since the first began last Sunday, when the children were able to go back outside after more than 40 days confined. This second measure of relief will allow you to do sports individually or take walks with the person or people with whom you live. The Government has not yet detailed whether the interpersonal distance will be the same as that recommended for children’s walks (between 1.5 and 2 meters).

2. The hospitality warns that the de-escalation plan could cause the closure of up to 30% of the premises. In the absence of knowing the “small print” of the de-escalation plan, exposed in the press conference after the Council of Ministers by the Prime Minister Pedro Sánchez, Hospitality of Spain calls the measures “hasty, with a lack of consensus from the sector and with many unknowns “, according to a statement. For its part, the Spanish Confederation of Commerce (CEC) has spoken of “a moderate optimism” since the plan advances “to the maximum the opening of local commerce” and does so in stages by provinces. However, they require the Executive to implement small business relaunch plans and specific security protocols. From the hospitality employers have stressed that “guarantees” are needed to return to business and admits that the government plan “generates a lot of concern in the sector.”

3. The Government has only answered 41 written questions about Covid-19. Less than 5 percent. That is the percentage of responses that the opposition has obtained from the Government regarding the written questions it has posed about the coronavirus. According to the data provided by the website of the Congress of Deputies, a total of 1,369 questions asked by parliamentary groups are pending answers, since the Executive has so far only responded to 41 of the 1,410 that have already been published in the Official Gazette of Las Cortes. This response percentage remains at 2.91 percent, which rises slightly to 4.07 percent if the 407 questions that entered the response period this Monday are excluded from the computation.

4. Spain sends six fighters and 137 soldiers to Lithuania with NATO. Six F-18 «Hornet» fighter jets, from the 15th Wing of Zaragoza, and a contingent of 137 Air Force soldiers are already in Lithuania with the aim of leading the NATO Police mission over the next four months Baltic air. Given the current context of a pandemic, all the Spanish military have passed the diagnostic test for the coronavirus PCR and a preventive 14-day quarantine to prevent a possible spread of the virus in Lithuania, a country that so far has accounted for 1,344 infections and 44 deaths. It will be tomorrow when the Spanish contingent takes over from Belgium on this mission that aims to deter and intercept the Russian planes that usually invade the airspace of Estonia, Latvia and Lithuania on their way to the Kaliningrad enclave.

5. The Libyan Government accuses Haftar of carrying out a military coup. Libya has increased the chaos in the country by one more degree since NATO supported in 2011 a revolt that ended with the murder of Muammar Gaddafi. As he did in 2017, General Jalifa Haftar, leader of the Libyan National Army (LNA) and a true strongman in the country, announced that the military Council he chairs is preparing to assume political control of Libya. “We want to announce that the general command has listened to the wishes of the people and that, despite the enormous responsibility, the size and the many obligations involved, we will accept the popular wish,” he declared in a televised speech in which he ended the agreement. reached in 2015 in the Moroccan city of Skhirat, which led to the formation of the current Government of National Accord in Tripoli (GNA).

6. ABC visits the morgue of the City of Justice: «No dead person has been alone». A skylight filters the sun’s rays that enter the City of Justice, naturally illuminating the main part of the labyrinthine Valdebebas building. However, the heat does not reach the last floors, underground, where it still smells of the paint that has been put on the walls to condition what will be the Institute of Legal Medicine, now used as a morgue to care for the victims of the coronavirus . Silence is sadder than ever in this place; the cold penetrates to the depths, and the coffins are stacked, empty, on the side of an entrance of the plant minus one, ready, unfortunately, to be used. “The funeral system in Madrid and Spain were not prepared to absorb this number of deceased,” says Luis Miguel Torres, director of Security for the Community of Madrid, with regret. .