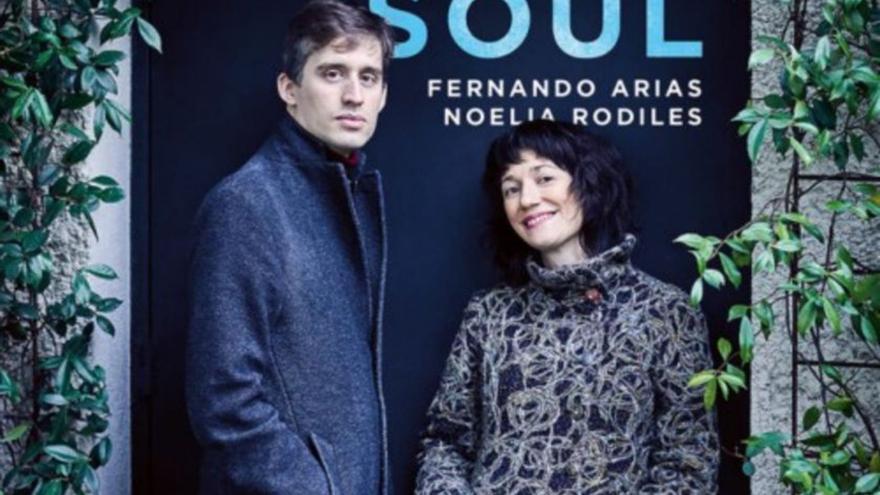 One of the last surprises in 2021, a year of very good harvest for Asturias in the field of recording, has been the album edited by the Asturian pianist Noelia Rodiles who, accompanied by the cellist Fernando Arias, immerses us in an exciting journey for Slavic music.

Rodiles is a performer who always surprises with her projects. He does not beat around the bush and establishes creative bridges between very different styles, periods and authors, as he did in a previous and dazzling work of his in which he shook hands with Schumann, Mendelssohn and Schubert with Jesús Rueda, David del Puerto or Joan magnane. Previously, he had also related, with enormous success, Schubert to Ligeti. There is in her a unique ability to find points of union with an amazing result due to the invisible connections that music has over time and that she knows how to trace with a sensational mixture of talent, courage and creativity.

Now Rodiles changes the third, but it does not go easy for that. Pianist and cellist have decided to enter fully into the vast territory of Slavic music –and its surroundings– through two works hardly frequented in auditoriums and another better known, but not excessively popular. Von Dohnányi, Janácek and Shostakovich are parallel worlds, in which, together with Rodiles and Arias, we find converging points in musical atmospheres and themes, through those very fine threads that add up to a special and unique way of feeling music and transmit it.

The first work can be a discovery for the public. The composer Ernst von Donhnányi – grandfather of the master Christoph von Dohnányi – shows us in his “Sonata for cello and piano, op. 8” as a fabulous transcriber of the romantic tradition in a score that immediately captivates due to its fierce dramatic force, due to its peculiar expressive concentration within a concept of stylistic mixture that offers a result of sublime beauty. Not far behind is “Pohádlka” (“Fairy Tale”) by Leos Janácek, one of those authors that the music world took a long time to discover, but who is now an essential composer. The perfume of Moravian popular music is exhibited here with great subtlety and that expressive delicacy the interpreters convey to us with mastery. The work closes with the “Sonata for cello and piano op. 40” by Dmitri Shostakovich, a work from an effervescent creative period for the Russian composer, and in which all his melodic intensity and the powerful formal features that shape his music are found.

Such remarkable success in the repertoire is completed on the album with the interpretive excellence that characterizes the work of Rodiles and Arias. The impeccable balance between the two, the expressive mordant with which they approach each work, the expository rigor with which they offer them, immediately reaches the listener. Without a doubt, a new step forward in a career that scares conformism and that does not remain obvious.

François Bayrou, such a discreet high commissioner for planning