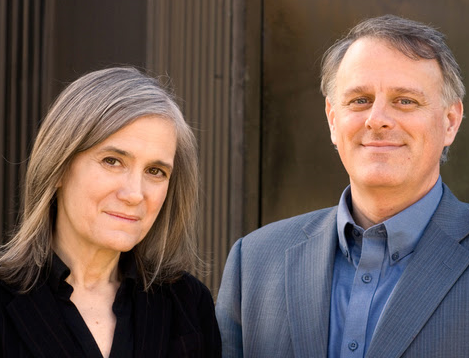 Regardless of whether it’s called football or “soccer”, the FIFA Men’s World Cup taking place in Qatar is likely to become the most watched sporting event in history. It is expected that by December 18, the day of the tournament final, half the world’s population will have tuned in to the broadcast of this month-long competition. Likewise, it is anticipated that by that date one million fans of the 32 national soccer teams competing in this World Cup will have visited that small, scorchingly hot desert peninsula located in the Persian Gulf. Since FIFA chose Qatar to host the soccer world championship in 2010 – after a process riddled with corruption and bribery – the planning and construction of the infrastructure needed to host this sporting event have progressed at a frenetic pace. . Infrastructure construction included seven huge stadiums, a subway system, new roads, 100 hotels, and more than 100 training fields. All of this has been built almost exclusively by migrant workers who work in Qatar with virtually no rights. Exposure to the extraordinary conditions of extreme heat endured by workers on their long workdays is believed to have caused thousands of deaths.

Abdullah Al-Arian, a history professor at Georgetown University in Qatar, said in an interview with Democracy Now!: “[El fútbol] it takes us back to colonial times, when the British and French authorities introduced it as a way of instilling discipline and ‘civilizing’ – according to them – the local populations.”

Qatar’s treatment of foreign workers is another consequence of colonialism. Professor Al-Arian explained in this regard: “The so-called ‘kafala system’ was the system of labor governance that governed migrant workers [en la colonia]. This system was initially implemented by the British colonial authorities at a time when they were trying to preserve their own interests. […] They wanted to tie all migrant workers to employer sponsorship, that is, to a system in which employers would establish to what extent and for how long employees could stay in the country. Among other things, the workers could not change jobs without the prior permission of their employers and did not have any protection guaranteeing things such as a minimum wage or security conditions. This was a system later inherited by all the independent states of the gulf [Pérsico]”.

In 2012, during the United Nations Climate Change Conference or COP 18 in Qatar, Democracy Now! interviewed Devendra Dhungana, a Nepali journalist investigating the working conditions of migrant workers from Nepal. Back then, the construction of the infrastructure to host the Soccer World Cup had just begun.

Dhungana said at the time: “We visited the workers’ housing complexes and what we saw was really amazing. […]. About 50 migrant workers live in facilities that have twelve to fourteen rooms with very few amenities. In several places there is no running water or air conditioning. [Los trabajadores] live in very precarious conditions: 50 people […] they have to queue in the morning to use a single bathroom. […] We anticipate that the number of workers who will die in the construction of the stadiums will be greater than the number of players who will compete on the pitches of the Qatari stadiums.”

Geopolitics has also had an impact on this world soccer championship. Qatar is an absolute monarchy. Like many dictatorships in various parts of the world, it has the full backing of the United States government. US Army Central Command (Centcom) has its forward headquarters just a few kilometers from the Qatari capital, Doha, at Al Udeid Air Base. It is the largest US military base in the Middle East and is only about 240 kilometers from Iran.

The US soccer team posted on social media an image of the Iranian flag without the emblem of the Islamic Republic, to show solidarity with women protesting for their rights in Iran. In response, Iran demanded that the United States be expelled from the World Cup. Meanwhile, the Iranian soccer team took a courageous stand by refusing to sing their national anthem at the start of matches, apparently as a show of support for the Iranian protesters.

Athletes and tourists from around the world flocking to Qatar have also come into direct conflict with the entrenched intolerance of the ruling monarchy. Homosexuality is illegal in Qatar. On the eve of the competition, FIFA banned the use of the rainbow-embellished armbands, known as “One Love”, which several teams had promised to wear to show solidarity with the LGBTQ+ community.

Jules Boykoff, a former professional soccer player who was on the US Olympic team, told Democracy Now!: “This is definitely a clear case of ‘sports image laundering,’ where political leaders are using competition to try to divert attention about the [violaciones de] human rights. […] FIFA should […] give some of your money to migrant workers and their families, who have not been paid properly. Some of them have died and [sus familias] They have not received adequate compensation. The team that wins the World Cup will receive 42 million dollars. That should be the minimum amount that should go to these families who have suffered so much because of this soccer world championship that is bringing so much joy to so many people around the world.”

In a recent World Cup opinion piece published in The New York Times, Professor Abdullah Al-Arian endorsed a phrase from the Palestinian poet Mahmoud Darwish: “Football is the field of expression allowed by secret mutual understanding between rulers and ruled in the prison cell of Arab democracy”.

Football is called “the beautiful game”, but the 2022 World Cup should serve as a reminder to many people around the world that the fight for human rights, workers’ rights and equality is not a game. It’s deadly serious.

FIFA World Cup 2022: the Netherlands spin to the quarter-finals – rts.ch