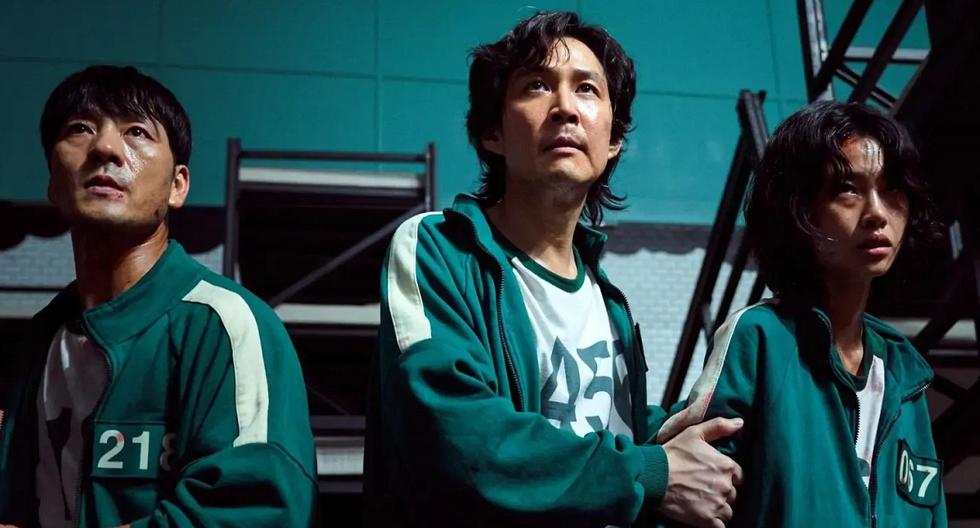 “The Squid Game”(“ Squid Game ”in English), a South Korean series written and directed by Hwang Dong-hyuk for Netflix, was released on September 17, 2021 as the story of Gi-hun, a man who after losing his job and his family decides take part in a mysterious game with the mission of winning the money necessary to pay off all your debts and get your life back.

MORE INFORMATION: “The Squid Game”, will it have another season on Netflix?

But he is not the only one, other people with financial problems also agree to risk their lives in a terrifying game of survival in the hope of obtaining the big prize. Although it all starts out as child’s play, it soon turns into something chilling that will bring out the worst in the participants.

Lee Jung Jae, Park Hae Soo, and Wi Ha Joon are the leads of “The Squid Game“, But what other actors complete the main cast and who’s who in a series of Netflix?

MORE INFORMATION: Explanation of the end of “The Squid Game”

WHO IS WHO IN “THE SQUID GAME”?

After losing the little money his mother kept on gambling, receiving an ultimatum from a dangerous moneylender and learning that his ex-wife is moving with her daughter to the United States, Gi-Hun decides to accept a proposal from a stranger and join a mysterious play.

Despite his low resources, Sang-woo worked hard and managed to graduate from the prestigious Seoul National University, however, after embezzling money from his company, he faces financial problems and does not have the courage to return to his old home.

Deok-Soo is a gangster who will do anything and use any means to survive, regardless of the consequences of his actions. But to reach the final stretch, he will have to face an apprentice.

Joon-ho is a young detective who hides his true identity while infiltrating the survival game, with the goal of revealing the hidden secrets of its participants and finding his missing brother.

Il-nam is a seventy-year-old man who after discovering that he has a tumor on his head, that is, the days are numbered, decides to participate in “The Squid GameAnd try to win the grand prize.

Sae-byeok is a young defector from North Korea who needs a lot of money for her family. Also, she is Deok-Soo’s apprentice and the young woman who stole from Gi-Hun in the first chapter of “Squid Game”.