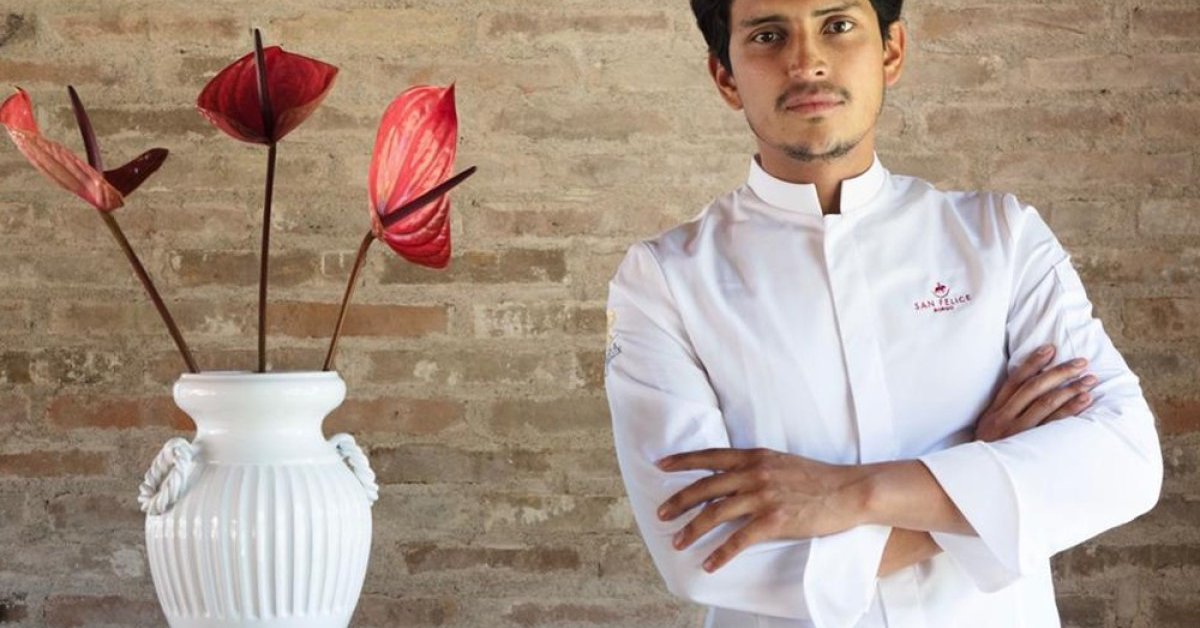 Juan Camilo Quintero, the Colombian chef in charge of the Italian restaurant Il Poggio Rosso, which was awarded a Michelin star. Photo: Courtesy.

Receiving a Michelin star is for any chef the highest award that he can obtain in his career, and this week, during the 66 virtual ceremony of the Michelin Guide, it was announced that an Italian restaurant headed by a Colombian chef was one of the establishment that won this international award.

This is Juan Camilo Quintero, a man from Bogotá who is executive chef of the Italian restaurant The Poggio Rosso, located in the Borgo San Felice hotel, in the Chianti wine region in Italy. The award becomes the restaurant’s first star, and the award makes Quintero the youngest chef to receive it in that country.

“It means a lot, because it not only rewards the effort, dedication and dedication of the chef and his kitchen and service teams, especially in a year as complex as 2020 (…) it is an honor”, Expressed in an interview with the newspaper El Espectador, the Colombian chef.

Quintero is 31 years old and is a graduate of the Gato Dumas cooking school, and according to the institution, his work, effort, dedication and “his thirst for perfection when developing any task in the kitchen” made him stand out so much during his academic stage that ended up being a monitor and then a professor at the Barranquilla headquarters, in the areas of bakery and pastry.

Also, this world-class chef before coming to the The Poggio Rosso He worked at the Arzak restaurant, in San Sebastian, in Spain, and at the Ostería Francescana of chef Massimo Bottura, in Modena, Italy. Both establishments they have achieved three Michelin stars.

According to the chef, this award was the result of those qualities that both he and his team at the restaurant The Poggio Rosso projected.

“I believe that we have worked with method, discipline and a lot of passion to deserve this recognition, there are very few who access this award, for which dedication and improving our product as a restaurant every day was awarded to us.“Quintero told El Espectador.

The chef also reiterated that he is flattered to have received the award, since the culinary level in Italy is very high due to the high kitchen standards of the Italian culture, so for him, this recognition implies not only leaving the name of the city in height, but that of his country (Colombia).

Although Colombia has been far from receiving a Michelin star, Quintero told El Espectador that the country is a gastronomic destination that has a lot to offer, and that to achieve this, food establishments must be aware that They have to choose the best ingredients for their dishes, which means not the most expensive, but the freshest and most abundant during the seasons.

“That way we can get the best of ourselves as hosts in the most important city in the country”, The Colombian chef told the newspaper.

Quintero also stressed that the quality and culinary potential of the country fall on all its chefs, and for this reason, he says that it is very important that they prepare, study and innovate, because the gastronomic world advances faster and faster.

To receive a Michelin star, restaurants must receive visits from four Michelin inspectors who attend the site anonymously. If the venue is awarded the star, every year it must revalidate it, since its delivery does not guarantee its permanence, it is for that reason that every year the restaurants that already have them become more demanding with the dishes they offer to your guests.

YOU CAN ALSO READ

What are the 100 best inventions of 2020, according to Time magazine