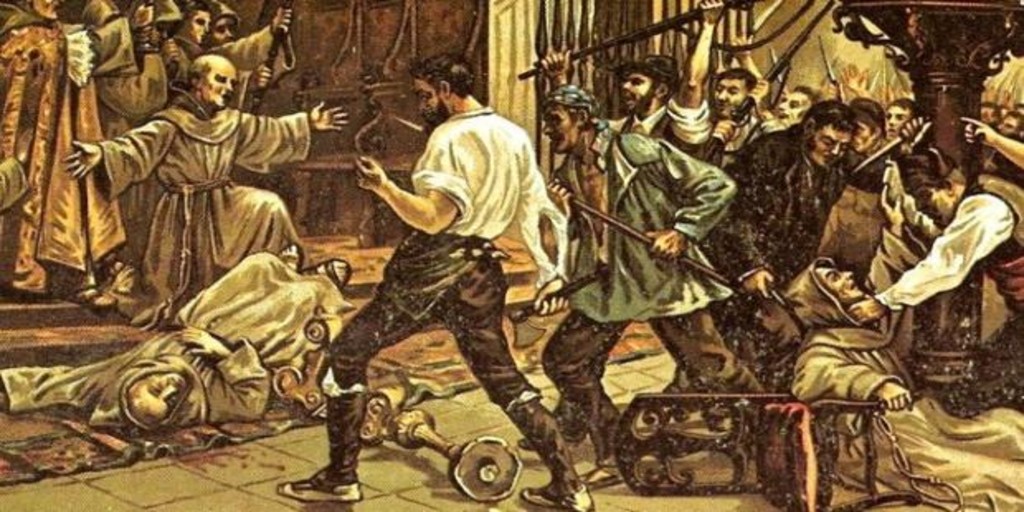 The massacre was so sudden and unpredictable that, to this day, 187 years later, many historians still wonder if it was really a spontaneous reaction of Madrilenians as a result of cholera or an action organized by secret societies with political interests. Manuel de Pando, President of the Government a few years later, went so far as to say in his memoirs that, taking advantage of the ravages of the pandemic, “audacious revolutionary conspirators ruthlessly murdered more than eighty religious.” For Menéndez Pelayo it was also “a planned revenge” by shadow organizations that wanted to “precipitate a revolution” before the advance of the Carlists.

For some newspapers, however, the massacre was a reaction of the people, without a predetermined plan, as a consequence of the terror that