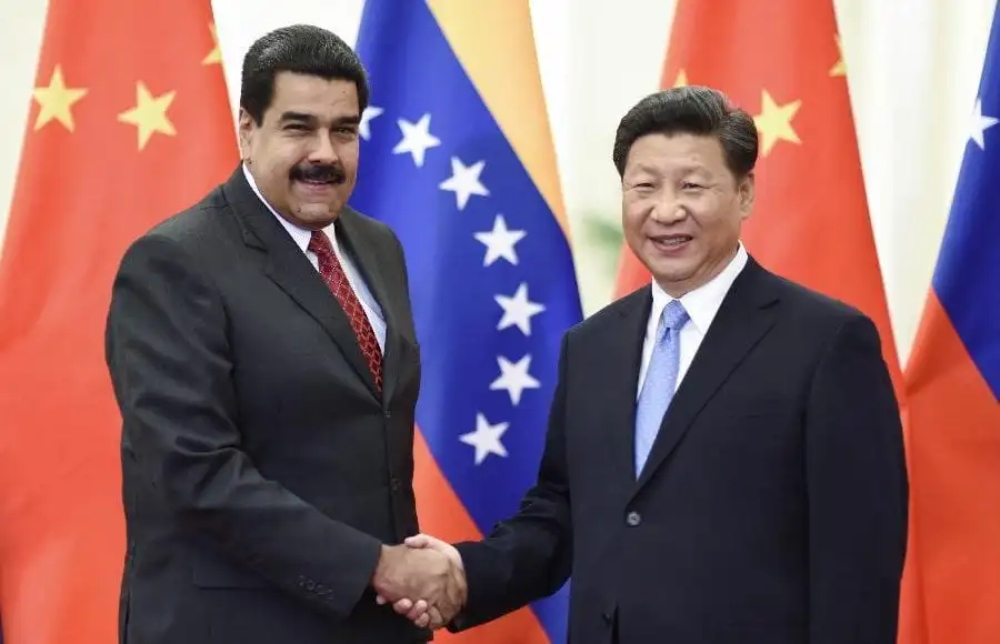 “Pragmatic”. This is how analysts define Nicolás Maduro and his way of relating to the international community in recent weeks. Few days ago Caracas received a delegation from the United States whose objective was to achieve the release of citizens of that country imprisoned on Venezuelan soil, which was not possible until now. At the same time there were celebrations and entertainment for the 48 years of relations between Venezuela and China.

Maduro reported on Monday, June 27, through public television that a delegation from the Joe Biden administration was in the country and that he would hold a meeting with Jorge Rodríguez, president of the National Assembly. The official leader did not give details of the meeting.

The next day, Li Baorong, Chinese ambassador to Venezuela, was received at the Miraflores Palace. Music and dances enlivened the meeting with Maduro, who described the Asian giant as “Venezuela’s older sister.” In the National Assembly there was also a celebration.

Relations between China and Venezuela

Playing on these two sides, between the Sino-American rivalry, it is possible that Maduro continues with his intention to annoy the United States by showing that affinity with China, which was created in 2001 when Hugo Chávez and Jiang Zemin founded the High-Level Joint Commission Venezuela-China, in the midst of bilateral cooperation.

Until today there are 618 projects financed by the Chinese Fund that include agreements in the areas of food, health, education, housing, military and energy. China and Russia were the countries that supplied vaccines to Venezuela to deal with the coronavirus. In addition, there is an important aspect: the debt that Caracas maintains with Beijing.

According to the Inter-American Dialogue study center and Boston University, revealed by the Andrés Bello Foundation, between 2007 and 2018 China lent Venezuela more than 67,000 million dollars. The economist and university professor José Guerra told TIME that, today, Venezuela still has to pay 20,000 million dollars.

“Maduro is playing pragmatism as an inspiration for his foreign policy,” is what former deputy and analyst Nelson Chitty La Roche believes, who believes that the ruler moves by convenience.

“If the Americans come, then Maduro opens the door for them. He smiles with them and asks them to lift sanctions,” says Chitty La Roche, while recalling that while this is happening, the official leader continues to show his sympathy and good relationship with the Chinese, “to whom Venezuela owes a lot of money that is not paying as agreed.

With the country with a reduced economy, with some oil sanctions lifted, but which have not yet put the oil industry to run, decisions regarding foreign relations are made “without emotions” because you have to look for the benefits, says Chitty La Roche .

US Delegation in Venezuela

However, the results of the US visit to Caracas have not yet been seen. The truth is that the delegation, made up of the ambassador appointed to Venezuela, but based in Colombia, James Story, and hostage negotiation expert Rogers Carstens, also held meetings with Juan Guaidó and representatives of the Unified Platform for dialogues in Mexico. , as well as with other opponents.

The French ambassador in Caracas, Romain Nadal, also participated in the last meeting, since the meeting took place in the French residence as a neutral point. The US embassy in the Venezuelan capital is closed.

“The US delegation came to intercede for the ex-marine (Matthew Heath), but apparently they did not achieve their objective at the moment,” said the diplomat and political scientist Jesús Mazzei.

Heath is being held at the Caracas Military Hospital after a suicide attempt. The ex-marine has been imprisoned since 2020 accused of espionage when he was in Venezuelan territory and was arrested -according to the Chavista version- with explosives and photographs of refineries.

There are eight Americans imprisoned in the country. Three soldiers, including Heath, and five directors of the oil subsidiary Citgo. In the last visit of the United States on March 5, the release of two citizens was achieved and on the Biden side some sanctions were relaxed. In addition, a nephew of Cilia Flores, first lady of Venezuela, was removed from the list of the Office of Assets Control (OFAC).

Mazzei believes that another of the points raised by the Americans was the need to sit down again with the ruling party and the opposition in order to resume the negotiation mechanism, but for the political scientist the steps that are taken from now on will have a new Actor: Columbia.

“Directing the dialogue in the coming months I think depends on how the new president of Colombia plays and his role in the region and in the United States-Venezuela relationship,” said Mazzei.

Until now, the expectation remains among the country’s political groups, about whether the United States can promote dialogue again and what will be the role of Gustavo Petro after August 7 in Maduro-Biden relations.

215 years after the Second English Invasion: when bloody battles were fought in San Telmo and downtown