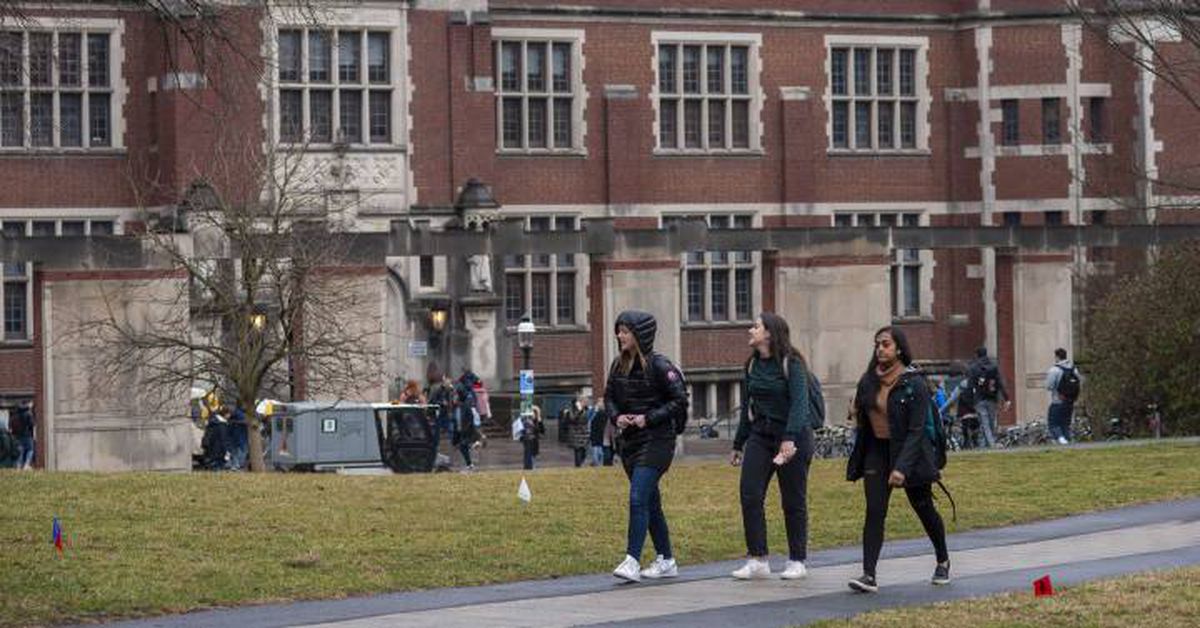 Regulatory agreements are the law that governs relationships with children and ex-partners in cases of separation and divorce. However, like standards, their application must be able to adapt to new circumstances. In these cases, fathers and mothers can ask the judge for a modification of the measures if they consider that the ones they had signed are no longer fair. For example, when the son or daughter of legal age begins to earn their own money or when the parent who pays child support because he does not live with his offspring assumes, for a season, all the expenses alone.

In this sense, the Supreme Court has issued a recent and innovative sentence in which it exempts a father from continuing to pay the pension of 600 euros per month for his son while the boy is studying in the United States. The reason is that it is not the same to pay the expenses and the school account while the young person lives in the mother’s house, than to take care of her career and support (including flights to Spain) while she studies abroad.

The ruling (the text of which can be consulted here) considers, for this reason, the appeal filed by the man after the boy’s mother managed to get the Provincial Court of Madrid to opt for maintaining the the status quo, that is, from alimony. The magistrates of the High Court, on the other hand, reject this criterion because, unlike the Madrid court, they believe that the change of residence of the young person and the new circumstances fully affect compliance with the measures that, at the time, the parents agreed in divorce.

In this way, they suspend the paternal obligation to pay the pension only during the time that the boy is in the United States, which will be required again in the periods in which he returns to his mother’s house for vacations. Specifically, they explain, “by application of the principle of proportionality and regulatory requirements.” And it is that the father, as the first sentence was resolved, pays for the young man’s career “without prejudice to the fact that both parents must assume half of any expenses that the son may have other than those related to studies.”

Although the sentence refers to very specific circumstances, says the family lawyer Paloma Zabalgo, “it is a singular resolution in the treatment of the modification of the circumstances regarding the alimony of adult children when the They themselves carry out their studies abroad.” Something, she adds, “which is becoming more and more frequent”.

He knows in depth all the sides of the coin.

The boy’s parents had divorced in 2005. At that time, the regulatory agreement established an alimony of 600 euros per month for each of the couple’s three children until they were independent. The father also took care of the children’s school expenses, which, in reality, were covered by the company in which he worked due to the expatriation contract that he enjoyed. However, in August 2018, the youngest decided to go to study in the United States with the approval of his parents.

The man then filed a lawsuit to modify the measures agreed in 2005. First, he asked to stop paying child support to his eldest daughter because the girl already had her own income. Similarly, he requested that a dimension be included in the agreement that established the obligation of her ex-partner to inform him if the second of the daughters found a job. Finally, he urged the judge to declare his son’s pension extinguished as of August 12, 2018, “which was when he left the maternal home to complete all his university studies for a minimum period of four years.” That yes, “leaving safe right of food that the son corresponds to claim to his parents”.

The new scenario, he argued, required changing the rules on child support. At the moment, he was already paying for his son’s university as well as food, medical insurance, transportation, clothing, out-of-pocket expenses and round-trip flights during vacation periods. That is, he directly covered his needs without the intervention of the mother with whom the boy no longer lived.

The court gave him half reason. He admitted that circumstances had changed enough to change the child support regime after the divorce. However, he did not extinguish the alimony, but declared it suspended only during the periods in which the young man was studying abroad.

The court’s decision was appealed by the boy’s mother, who appealed to the Provincial Court opposing the change. The Madrid court upheld her request and returned to declare the system established in the agreement, that is, the payment of the pension through the woman.

The resolution of the Provincial Court of Madrid was not definitive. The father appealed the case to the Supreme Court, which finally agreed with him. Unlike the Madrid court, the High Court has applied in this case the precept of the Civil Code that says that the measures adopted in the separation or divorce agreement can be modified judicially “when so advised by the new needs of the children or the change of the circumstances of the spouses”.

In his appeal, the man complained that the ruling of the Madrid Court had been arbitrary and had not taken into account “a logical judgment of proportionality, finding ourselves, in practice, in a situation of duplicity in the payment of food”. The decision to send his son to study in the United States had increased “exponentially” the expenses that he fully supported. The father did not deny the economic dependence of the boy or the obligation to support him until he had a job, but, he justified, “this does not preclude the unquestionable fact that he does not reside in Spain and, therefore, in the maternal home”, as well as that the expenses of its maintenance were paid directly by him. For this reason, he should not continue to pay alimony of 600 euros per month.

Interruption of the pension

Finally, the Supreme Court decides to suspend the payment of alimony while the child studies abroad because “the current circumstances are manifestly different from those contemplated at the time the divorce decree was issued.”

In fact, the magistrates warn, in this new scenario it is the father who is in charge not only of paying for his son’s studies (something to which he had already committed himself after the separation), but also “of satisfying his food and room including their movements from one country to another”. Expenses that were previously taken care of by the mother with the contribution of her ex-partner. “Which implies a certain change of circumstances, which forces us to reconsider his nutritional contribution,” they conclude.

Therefore, the judges consider the court’s resolution to be in accordance with the Law, which, without extinguishing the father’s obligation to pay child support, suspends this duty for as long as the boy is living and studying in the United States. It will be reactivated, on the other hand, during the periods that it spends in Spain. The resolution is not retroactive so, they point out, the man will not be able to recover the payments made before the sentence.

As Paloma Zabalgo explains, the Supreme Court understands with its decision that, since it is the father who pays his son directly for the expenses in the United States, “there has been a change of circumstances that allows the divorce decree to be modified and adapted to those circumstances, as was done by the Court of First Instance number 28”.

This does not mean, warns the lawyer, that any parent obliged to pay child support for their adult children can pay it directly to them. “It will have to be, as in the present assumption, to the certain circumstances that concur”, she affirms. In the event that the mother does not allocate the pension to her son, “the payment may be adjusted to the specific and new situations that arise,” she clarifies.

What is common, Zabalgo points out, is that, when the child wants to study abroad, “it is the parents themselves who decide, by mutual agreement, that the child support be paid directly so that they can cover their expenses, as This is how the Supreme Court has established in this sentence”. This resolution, the lawyer points out, “will allow the parents to more easily reach said agreement in terms similar to those established by our court.”

Lodi keeps Atlético in the fight for the Champions

Insurance agency, ‘war of money’… Concerns about damage to subscribers