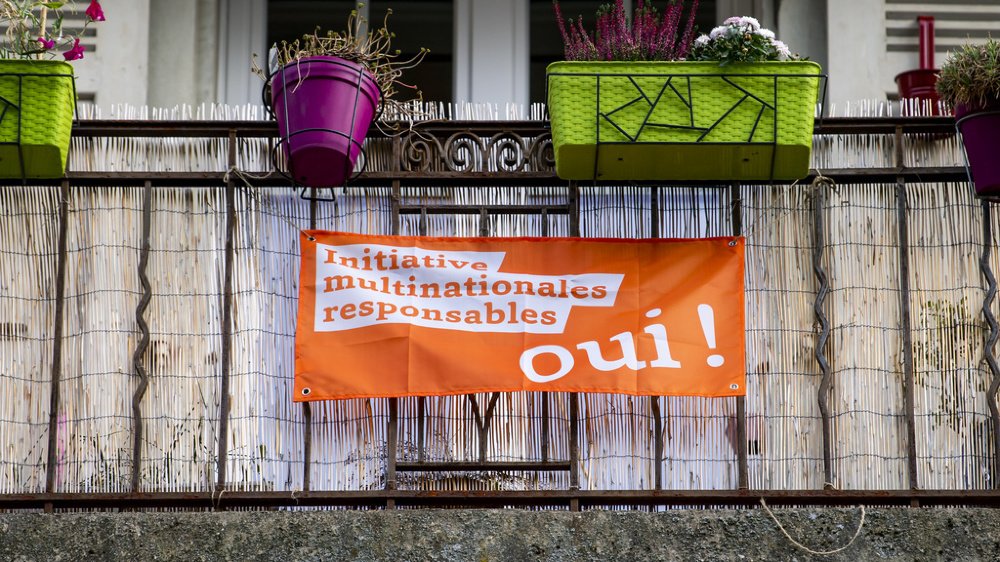 The Swiss would accept the two November 29 initiatives for responsible multinationals and against the war trade, according to the first Tamedia and 20 Minuten poll released on Friday. These two objects, however, polarize political parties.

Almost a month before the election, a majority of the population would accept the so-called responsible multinationals initiative at 57%, against 41%. The approval rate is highest in French-speaking Switzerland, at 59%, according to the Tamedia and 20 Minuten poll.

If it garnered broad support from the Socialist electorate (91%) and the Greens (96%), the initiative would be rejected by the PLR ​​electorate (23% in favor) and the UDC (28%). However, the key factor in the success of the initiative will come from the center’s voters: according to the survey, PDC supporters show two camps equal to 49% each.

The argument that most convinces the supporters of the initiative is that profit should not take precedence over the environment and human rights. Opponents, however, fear lawsuits against Swiss multinationals and believe that supply chains cannot be controlled.

The initiative to ban the financing of war material producers shows weaker national support, but would be accepted at 52% against 45% according to the Tamedia poll. A strong left-right polarization is observable.

Approval is very high among the voters of the Greens (95%) and the PS (87%) while the supporters of the SVP and the PLR ​​show respectively 21% and 23% of support. The PDC electorate rejects the initiative by 60%.

As for the first item, French-speaking Switzerland shows the greatest support with 55%. The poll also notes strong approval of the initiative among women (62% in favor).

The argument that the war trade is not compatible with Swiss neutrality convinces the supporters of the initiative. Opponents stress in particular that it has no effect on the global demand and supply of war material.

The Tamedia and 20 Minuten poll specifies that the maximum margin of error for the survey on these votes is 1.4 percentage points for estimates based on the entire sample.