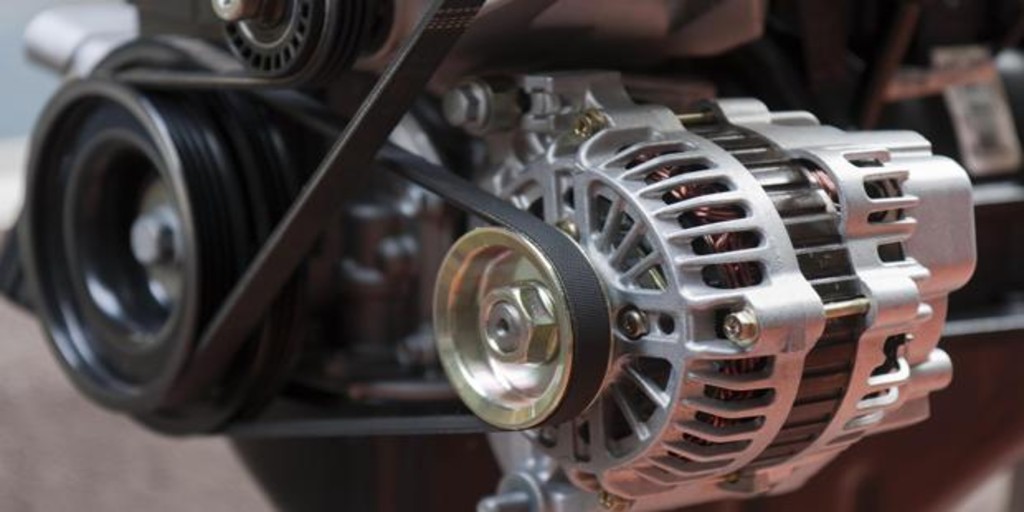 The alternator is one of the key parts of your car’s engine for proper operation. Not surprisingly, it is responsible for converting the mechanical energy of the motor into energy for its electrical systems. With a damaged alternator, the battery will not be recharged, the car may not start and many of its essential systems – such as lighting or air conditioning – will not work. In modern cars, the same will happen with all systems that depend on electronics – which today are practically all, according to Asetra.

The Workshop Association details what are the symptoms that your car’s alternator is failing or is broken. Although particular conditions may vary from car to car, one of the most obvious symptoms of a possible alternator failure is that a warning light comes on in the instrument cluster. This witness can be colored and have the shape of a battery with the plus and minus signs, or it can vary: some cars label it as “ALT”, or “GEN”, while others may give a generic failure or use another witness . In any case, it is a sign that something is wrong. This first warning can be intermittent, and appear when we activate car systems that consume a lot of energy, such as lights or windshield wipers.

On the other hand, when an alternator does not work well, it does not generate the voltage – or current intensity – adequate to power the car’s electrical systems. Some of them may work partially, or do so more slowly. Thus, another habitual symptom is usually a slower operation than usual of the electric windows, or a low intensity of lighting of the headlights. At the same time, some systems may stop working, or do so intermittently. This type of random and sporadic failures can be caused by a bad alternator.

See Also:  A collector from Valencia commissioned the cleaning of a copy of Murillo's Immaculate and they returned it disfigured "a la Ecce Homo de Borja"

Similarly, another symptom that the alternator of our car is not in good condition if it emits squeaks and “groans.” These may be caused by a worn or slightly tensioned accessory belt – it is the pulley that connects it to the crankshaft of the car – or they may come from the alternator itself, indicating a failure in its moving parts or bearings.

In a more advanced state of deterioration, a damaged alternator does not properly charge the car battery. As a result, our battery is discharged, and one day we will not be able to start the car. While this situation is usually the cause of a defective battery, it can also be caused by a damaged alternator.