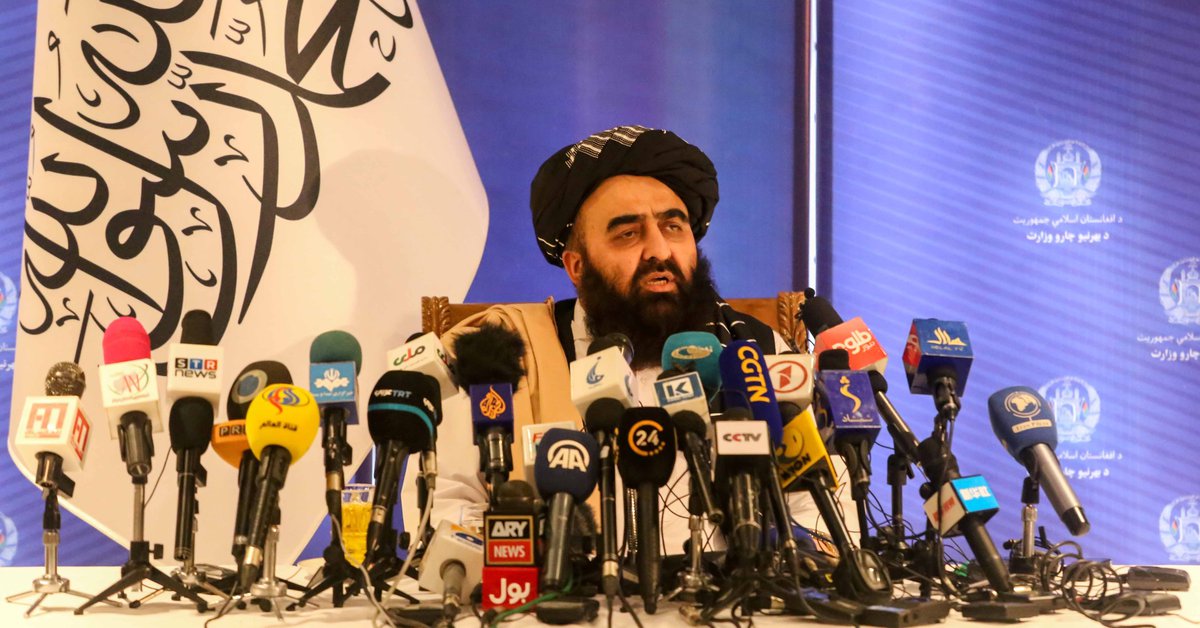 The Taliban issued a warning to Washington on Tuesday against occupation of Afghan airspace by US drones, while calling for a commitment based on mutual respect, laws and international agreements.

“Afghanistan’s airspace is being occupied by American drones “, the Taliban denounced in a statement in which they stressed that the Islamic Emirate, as Islamists call themselves, “is the only legal entity to safeguard the soil and airspace of Afghanistan.”

According to the brief, The United States “recently took action against all international laws and regulations and its own promises made in Doha”, referring to the pact made between both parties in February 2019 with which the US pledged to withdraw its troops from the country.

“These violations must be corrected and avoided”they added.

US Secretary of Defense Lloyd Austin testifying before the US Senate (Photo: REUTERS / Elizabeth Frantz)

The Taliban called on the countries, especially the United States, to commit to Afghanistan “based on international covenants, promises and laws and on the basis of respect and mutual commitments in order to avoid negative and unwanted consequences.”

The Islamist government’s claim comes days after government officials Pentagon ensured that they would not need the permission of the Taliban to carry out counterterrorism operations in Afghanistan through the US air force, including drones.

On Tuesday, Mark Milley, Chief of the Joint Chiefs of Staff, General Kenneth McKenzie, who heads the United States Central Command spanning Afghanistan, and the Secretary of Defense, Lloyd Austin, they testified before the Senate Armed Forces Committee on ending the deployment of US troops from Afghanistan.

A US drone (Photo: Europa Press)

Asked whether the withdrawal and the chaotic evacuation of civilians from Kabul had damaged the image of the United States, Milley said that allies and adversaries were “intensively” reviewing Washington’s credibility. “I think ‘damage’ is a word that could be used.”, he pointed.

Milley stressed that the Taliban “were and continue to be a terrorist organization and they have not yet severed ties with Al Qaeda”, the network that used Afghanistan as a base to plan the September 11, 2001 attacks in New York and Washington.

US troops and international forces completed their withdrawal from Afghan soil, abandoning all their bases in the country, last August 30, ending two decades of military presence in the country.

The Deputy Minister of Communications of the Islamist Government and main spokesman for the Taliban, Zabihullah Mujahid (Photo: EFE)

The withdrawal of the US and NATO forces is part of the compromise agreed between Washington and the Taliban in Doha, and which led to the coming to power of the fundamentalists.

The last aerial operation with drones, made and reported by the Americans, was the last August 29 against alleged members of the jihadist group Islamic State (ISIS).

The operation was undertaken after bloody bombing at Kabul airport, claimed by the jihadists, which occurred while international evacuations were being carried out, and which left at least 170 dead, a dozen of them US soldiers.

However, two weeks later the United States Central Command (CENTCOM) admitted that the The attack, which was intended to target an “imminent” threat to Kabul’s Hamid Karzai International Airport, turned out to be a mistake and resulted in the death of a dozen civilians.

Afghanistan: at least 73 dead and 140 wounded after an ISIS-K attack in Kabul
Kabul University banned Afghan women from teaching and attending
Authorities in several provinces in Afghanistan have prohibited men from shaving and women from having smartphones