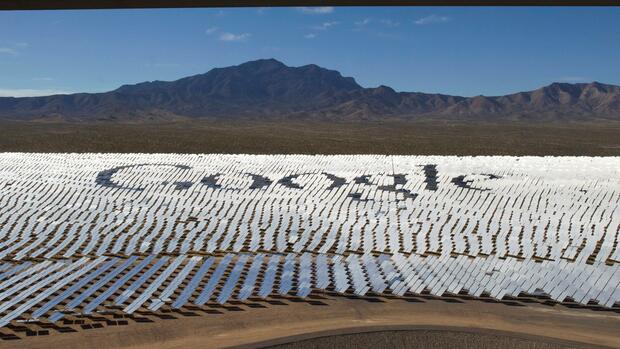 Sun mirror with Google lettering in the California desert

The 449-page report reads like a declaration of war on Silicon Valley. Amazon would harass his business partners, it says, Apple exploit them, Google prefer your own content in search results and Facebook possible competition “copy, take over, kill”.

The recommendation is clear: Stricter laws are needed, more resources are needed to combat monopoly in order to limit the power of big tech. “Our economy and democracy are at stake.” This is the conclusion of the report by the Legal Affairs Committee in the US House of Representatives. And that is mainly made up of representatives of the Democrats.

The report portends stormy times in Silicon Valley and the Democrats’ blueprint for industrial policy. They want to take significantly stronger action against the dominant tech companies than Republicans and President Donald Trump.

Sure: Trump is also shooting at Big Tech, as shown by the upcoming lawsuit by the US Department of Justice against the Google parent company Alphabetwhich should be published in the next few days. The president also likes to take a sharp look at Silicon Valley Twitter on. But his approach is not very systematic and often leaves it at rhetoric, as the Tiktok case shows. He wants to move the US business of the video portal into the hands of the Silicon Valley group Oracle.

If Joe Biden and his Democratic Party win the US presidential election on November 3rd, Amazon, Facebook & Co will have to expect a more fundamental attack from Washington. Because the disappointment of the Democrats with the behavior of the corporations is great – as is their anger.

The once intensely celebrated honeymoon with Silicon Valley is long gone. A clever election campaign using social networks brought Barack Obama into office in 2008. Afterwards, Silicon Valley and the Democratic Party were an inseparable couple for a long time.

The nasty wake came in 2016 when Trump won the presidential election. The political consultancy Cambridge Analytica obtained data from millions of Facebook users and influenced them with so-called microtargeting in favor of Trump

From the Democratic perspective, the situation is hardly better today. On Facebook, ultra-conservative commentators like Dan Bongino, Ben Shapiro or Franklin Graham can be found among the top 25 posts that received the most likes or comments.

The right-wing media site The Daily Wire is regularly at the top of the “Top Publisher” list, while the New York Times, for example, barely makes it into the top five with a third less.

How can that be? The reason lies in the high emotional content of right-wing radical ideas, a Facebook manager of the website Politico explained behind closed doors a few days ago. Keywords such as nation, protection or fear trigger more likes and comments from Facebook users. The content would appeal to “an incredibly strong, primitive feeling”.

For many democrats, the social network is an “echo chamber of right-wing radical ideas”. The rising democratic politician of the new generation, Alexandria Ocasio-Cortez, described Facebook as “a health hazard for the common good”, she wants to smash the tech companies.

An election victory for Trump would not be inconvenient

Biden may be a candidate with moderate views. But he only narrowly prevailed against left-wing candidates like Bernie Sanders or Elizabeth Warren. Biden must pacify the strong left wing in his party that they represent. According to the market research institute Gallup, moderate members made up around half of the party in 1994, today it is only a little more than a third.

A monopoly lawsuit against Silicon Valley would be an obvious thing. Biden also seems to have some grudges himself, as his tax plans show. They’re quite obviously geared towards big tech. Not with the increase in corporate tax from currently 21 to up to 28 percent – that would hardly keep tax artists like Alphabet or Google awake.

But Biden wants to tax foreign profits more heavily and raise 15 percent on book profits of more than 100 million dollars in order to prevent financial maneuvers and force the tech companies to cash in. In 2017 and 2018, Amazon received around $ 130 million from the US Treasury. “Amazon should finally pay its taxes,” Biden ranted a few months ago in a television interview.

The California technology corporations are very much aware of this danger. However, not many in liberal Silicon Valley dare to stand up for Trump openly. But his election victory would not be inconvenient.

More: US MPs are calling for tech companies like Amazon and Apple to be broken up