In the early 2000s, as its Mac sales started to rise again since the takeover of its ranges and the halo effect of the iPod began to be felt, Apple was battling with an increasingly worrying problem . The PowerPC processors on his Macs were starting to break their promises. Who remembers that we waited a long time for a PowerBook G5, in vain, for example?

Also to discover on video

Faced with this concern, Apple then had to turn to another solution: Intel processors. Announced in June 2005, this major transition will materialize six months later. Just in time to take advantage of the new microarchitecture, Core, intended to replace the P6 and Netburst, synonymous with the Pentium years.

This new departure from Intel was to solve many Apple problems, especially in laptops, thanks to a much higher energy efficiency than that of PowerPC… Fifteen years later, the tech industry has evolved but the stakes and arguments are the same to quit Intel processors and turn Macs to ARM chips, designed by Apple.

Anyway, these Mac Intel years were rich in evolutions and novelties. We decided to retain the models which seemed to us the most emblematic, by their design (marked by a huge trend of refinement), their technological innovations or their promises…

Over these ten Macs, we see the choices, and possibly errors, made by Apple, we also sometimes find the blocking points that may have encouraged the Cupertino giant to want to abandon Intel. Finally, we can see the immensity of the work that awaits Apple to pass all these Mac ranges under its own ARM chips.

With the 17-inch and 20-inch iMacs, the MacBook Pro is the first machine to adopt Intel chips. Why hold it back rather than Apple’s all-in-one?

Because he is the first to mark the transition to Intel with a new name. He embodied and therefore designed a new range: the PowerBooks became the MacBook Pro.
We also selected it because it is the first Apple laptop to allow users to pass the glass ceiling of the limits of the PowerPC G4 chip.

This thinner 15 inch model, equipped with a Core Duo at 1.83 or 2 GHz, which also introduced MagSafe technology, was given to be four times faster than its predecessor PowerBook G4…
This deserves a special place in the great transition to Intel. Even if it was updated only a few months after being launched.

While Netbooks were all the rage in the PC world and part of Apple fans hoped to see a Mac version of these compact machines (too much) and not very powerful (too too) arrive, the Cupertino company launched … MacBook Air.

Apple also defined a new kind of PC, the ultraportable – the first in many respects – with a high-end product, ultra light and thin. Very comfortable to use, in particular thanks to its keyboard and its multitouch touchpad of good size and sufficiently powerful, it promised to ensure all the office automation uses of the daily newspaper. But it’s also the first time that a portable Mac has sacrificed connectivity to design as much.

It is said that the MacBook Air, long the “thinnest laptop in the world”, was born from a visit by Steve Jobs to an Intel laboratory, where the Apple co-founder would have seen a prototype of the platform ultra low consumption before asking for the scoop and working on the drop design we know.

Announced at the same time as the 15-inch MacBook Pro, the 13-inch aluminum MacBook deserves a tear for at least two reasons.
The first is that, although it was a consumer model, it benefited from the same unibody design overhaul as its big brother pro. For the record, the name “unibody”, introduced with the MacBook Air, described the two parts of the case cut into a single block of aluminum.
In addition to offering a splendid appearance and finish, the unibody also guaranteed very good resistance and rigidity to the case. The high-end model also benefited from another first for the range: a backlit keyboard.
The second reason that keeps him in check is his doom. While one might think that the MacBook en polycarbonate blanc was going to give way to him, the reverse happened. The MacBook Aluminum disappeared in 2009. Without doubt the price to be paid for having condemned the much appreciated Black MacBook… Proof in any case, that at the time already, Apple was looking for the aesthetic identity of its ranges.

On June 11, 2012, on the occasion of its WWDC, Apple introduced not one but four new MacBook Pro. Two use the well-known unibody design and the 13.3 or 15.4 panel (for a native definition of 1680×1050 pixels. The two machines which nevertheless attract attention are the “MacBook Pro with Retina display».
Also available in two sizes (13.3 and 15.4 inches, always), these two laptops offer a panel with narrower edges of incredible quality with a native definition of 2880×1800 pixels for the largest model. This definitely sounded the death knell for the 17-inch MacBook Pro, cherished by many editors or mobile designers and which will not be updated afterwards.

25% thinner than their predecessors, they are also the first recent pro laptops from Apple not to integrate an optical drive and opt for an SSD rather than a hard drive.

“Apple can no longer innovate? My ass “. It was with these classy words that Phil Schiller introduced the new Mac Pro. A machine with a resolutely different design, completely breaking with the principle of the classic tower. Cylindrical and sleek, the Mac Pro seduced or made people laugh, but above all it turned out to be a beautiful failure.

This new workstation for professionals, very compact, was not easy enough to upgrade, due to its design bias. Some Apple employees explained to us that this error was due to poor anticipation of the evolution of the performance of graphics cards in particular. It’s possible. One thing is certain, this Mac Pro rubs shoulders with the Power Mac G4 Cube in the firmament of machines that have given way too much to design.

Under the Intel era, the Apple iMac has evolved enormously. It has abandoned the polycarbonate housing for aluminum, adopted a thinner and square design, has been incredibly refined with a flattened teardrop design, has enlarged its display surface (from 17 and 20 inches to 24 inches, then 21.5 and 27 inches) and reduced its screen borders. Of course Apple’s all-in-one has gained in power but its main developments have always aimed to put more emphasis on the screen.

L’iMac Retina 5K, which came out at the end of 2014, is not really distinguished from its predecessors by its configuration or its design. On the other hand, it displays for the first time 14.7 million pixels on a 5K panel, with enough graphic resources to use it and allow video editors to work comfortably with this colossal definition.
It is also an opportunity for Apple to introduce for the first time its own “timing controller” (or TCON). The Cupertino company had no other choice, at the time no display controller was able to manage a panel with so many pixels.
In fact, this iMac is also a first step towards another emblematic machine: the iMac Pro.

Abandoned since mid-2010, the MacBook, which had been replaced in the spotlight by the MacBook Air, came back to life in April 2015 – and not necessarily for the better.
Apple makes it a very compact and light, high-end ultraportable with a Retina screen. By its design, the quality of its screen and its size (12 inches), which opposes it to the MacBook Air 11 and 13 inches, the MacBook Retina sows a bit of confusion in the range of consumer laptops from Apple.

The retained chips, Core m, promise to operate without a fan, the only problem, they lack power even for basic uses and it will be necessary to wait several generations for this problem to be solved.

It is also funny to note that these Macs crossed paths with the Core Skylake (for the second iteration of the MacBook Retina), which, according to a former engineer from Intel, pushed Apple to really consider the abandonment of Intel processors because of too many quality problems.

In addition, the last proof that they are cursed, it was the MacBook Retina who introduced the “butterfly” keyboard, which we know will be remembered as one of the most pleasant to use but also one of the least reliable, to too many failures.

Announced in June 2017, on the occasion of WWDC, and marketed in December of the same year, theiMac Pro takes everything that made the success of the iMac 5K (27 inches, so), and thinks bigger!

Apple indeed manages to slip into the case (space gray for the occasion) of its all-in-one an incredibly powerful configuration, based on Intel Xeon processors, Radeon Vega graphics card, AMD, and ultra fast storage. A 10 Gigabit Ethernet port also appears on the back.

Seen by many, and also partially thought of, as a way to keep the pros waiting before the arrival of the new Mac Pro, the iMac Pro has not been updated since.

After getting stuck in a time bubble that saw it keep the same design and screen for almost eight years and defeat the MacBook, the MacBook Air finally passed to a flagstone worthy of him in October 2018.

Also adopting the butterfly keyboard, the Apple ultraportable hung up the cars and positioned itself more at entry level than the MacBook had been.
However, the selected Intel chips, thought for low energy consumption, lacked breath (except when it was a question of ventilating the machine) and did not necessarily make it a recommendable machine.
It was not until MacBook Air 2020, the third iteration released this year, so that a course is crossed on this point.

All the more reason for Mac users to hope for the arrival of Apple Silicon chips and for Apple to work hard in this area.

A refoundation. After the failure of the Mac Pro 2013, Apple took the time to rethink its workstation, to put the design at the service of professional uses. Contrary to usual, Apple announced that it was working on this project in April 2018, before present it in June 2019, on the occasion of its WWDC, and before marketing it in December of the same year.

Modular, thought to be scalable, stacked in racks or placed on very expensive casters, the Mac Pro 2019 is a world of power that can embed a Xeon W with 28 cores, up to 1.5 TB of RAM and 8 To SSD while remaining really quiet, thanks to an incredibly well thought out housing and ventilation system. Apple has learned from its mistakes, that’s for sure. We are now curious to see what Apple chips will give in this extraordinary machine …

Cycling: struck by a car, Nairo Quintana will be absent for two weeks 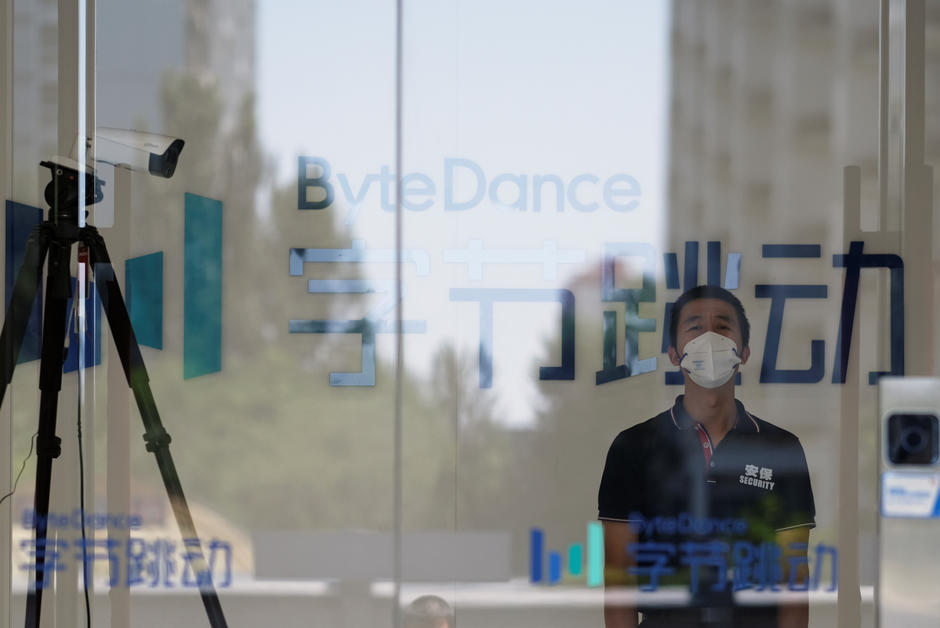 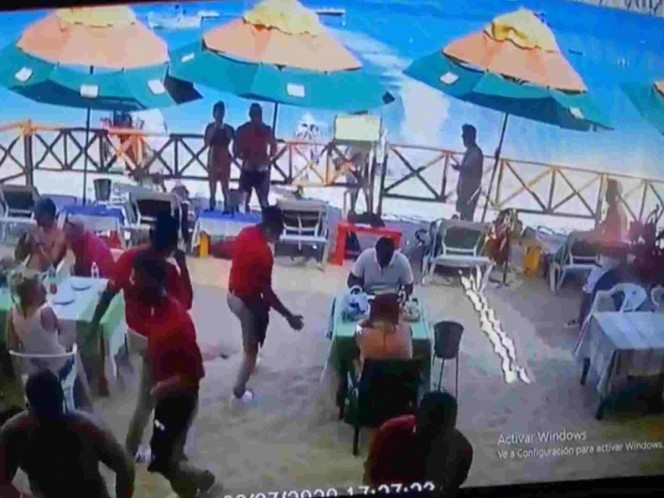