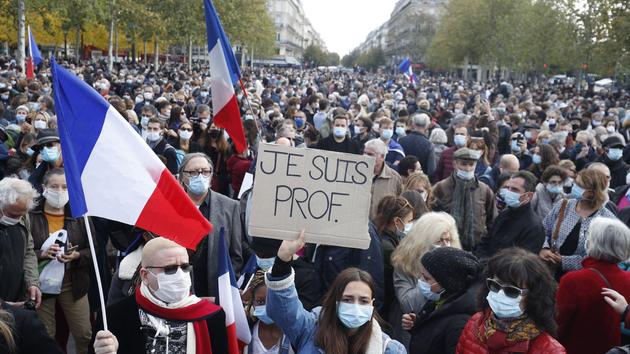 DECRYPTION – Guillaume Auda returns, in a shocking investigation of “La fabrique du mensonge” broadcast on Sunday May 30 at 8:50 pm, on the cyberstalking suffered by the professor beheaded by an Islamist.

Why could the name of Samuel Paty and the address of the college where he was professor of history and geography in Conflans-Sainte-Honorine be circulated on social networks? This for several days, until Friday, October 16, 2020, when a terrorist of Chechen origin residing in Évreux, Abdoullakh Anzorov, came to behead the teacher at the end of class. Why was this 18-year-old Islamist who had been making radical comments on Twitter for several months not spotted? He claimed, however, that he was looking for a target among the “disbelievers”. The shocking investigation of the “La Fabrique du mensonge” collection, entitled Network terrorists, led by Guillaume Auda and Étienne Melou, answers these questions.

“The investigation allowed me to understand that between June 8, 2020, when he created his Twitter account, until the start of the trial Charlie, Anzorov posted 1,700 messages about what should be pure Islam. He very often crosses the red line of the classic markers of jihadism: denunciation