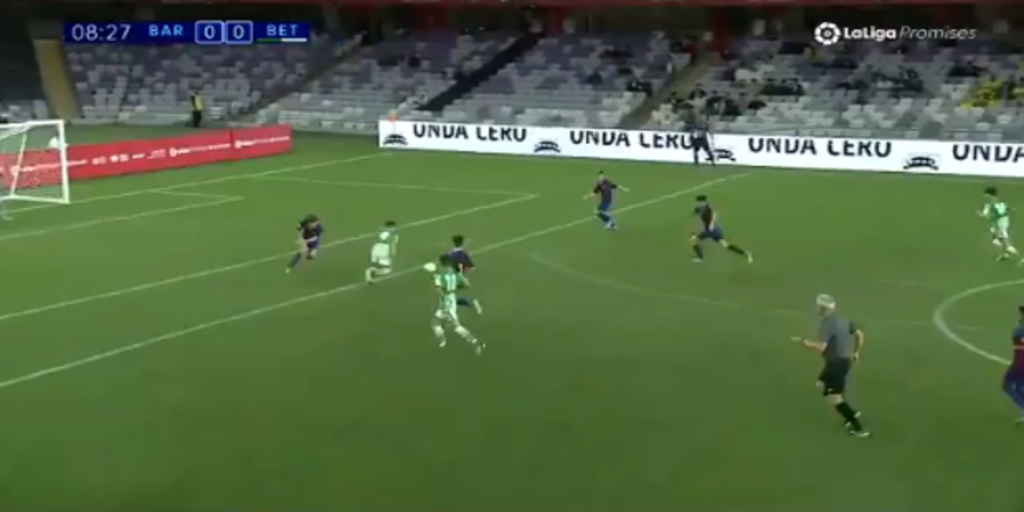 The prestigious international sub 12 tournament The Promises League kicked off its most international edition this Friday. The competition has moved to the Arab Emirates, specifically the Hazza Bin Zayed Stadium in Al Ain (Abu Dhabi).

That first day stood out for the great level of the teams, and especially for a play by the players of Betis who has gone around the world.

The Verdiblancos were premiered in the tournament against Barcelona, ​​and they did it spectacularly with a wonderful goal that regained the essence of tiki-taka and in which all the Betic players participated.

9 passes, all players touching the ball …

The goal, however, did not serve Betis to win, as Barça tied shortly thereafter and so the game ended. .