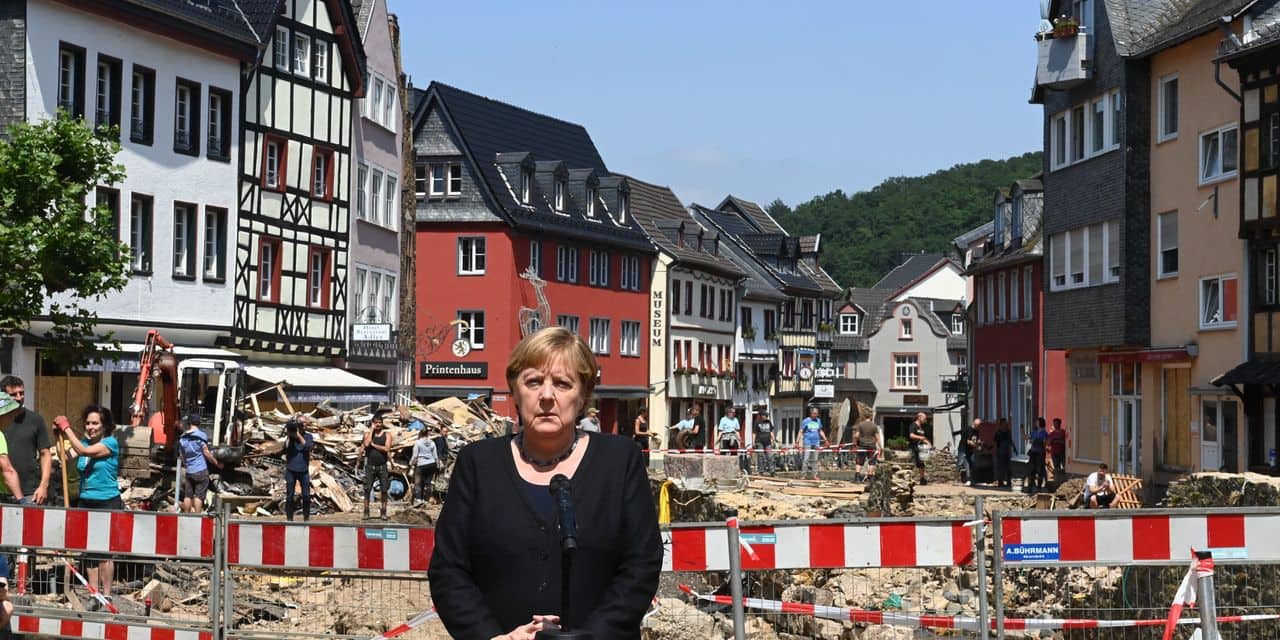 In the only German regional state of Rhineland-Palatinate, the floods caused the death of 121 people, against 117 in the previous report, according to Aaron Klein, spokesperson for technical rescue teams.

“These are floods that are beyond imagination, when we see their effects on the spot,” said the Chancellor, who came to see the extent of the damage in the small medieval town of Bad Münstereifel, in North Rhine-Westphalia, one of the Lands most affected by the floods of the last week.

“There have been alerts”, she assured, while the national system has been questioned for several days for having partly failed to warn the populations concerned in time of the seriousness of the floods in the west of the region. country.

The German meteorological service and the Federal Office for Population and Disaster Prevention have issued warnings. They were then passed on to the districts, she explained.

The latter “then do what they can, but it is of course not easy to have an idea when, as the mayor (of Bad Münstereifel) says, you have not had such a flood for 700 years “, she continued.

“We have a very good warning system”, she insisted, causing a few whistles from the inhabitants who had come to listen to her in a street in the historic center of the city, covered with mud.

The president of the German civil protection Armin Schuster, particularly targeted by the critics, had affirmed that his institution had sent some 150 alerts via the applications, as well as to the media.

But the floods had led to massive power cuts and knocked down telecommunications antennas, preventing residents from receiving alerts on time.

Like Mr. Schuster, the Chancellor advocated the use of sirens as an additional alert tool.