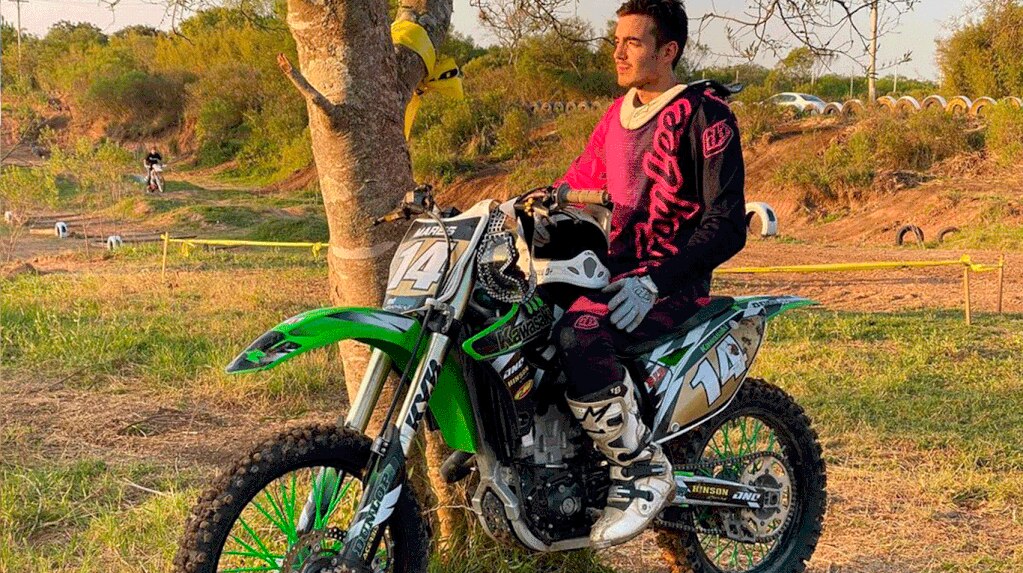 The victim was 24 years old and was riding a motorcycle while on vacation. The parents confirmed that it was an accident and decided to donate the organs.

The young man was run over in a forest area of ​​Cariló. (Photo: Instagram / @maresmatias).

A young man 24 year old tourist died this Thursday after being run over the weekend in a forest area of Cariló. He was admitted to the Pinamar hospital, and on Wednesday they had declared him with brain death.

// Summer 2021: Pinamar banned the circulation of quadricycles in the dunes

He UTV (by Utility Task Vehicle, informally known as “buggys”), an “off-road” quadricycle, commonly used in the coastal area, attacked him when he was riding a motorcycle through the town. Friends found him on the spot and took him to the road. The driver fled and then reported to the police station on Monday.

The event occurred on Sunday in an area where tourists and locals usually meet to travel by motorcycle. According to official sources, on this occasion, a man who was in a vehicle authorized to walk through the dunes, could not dodge the young man and rammed it.

As it is an area of ​​difficult access, the man, identified as Matías Mares, He was taken by a friend who was accompanying him and the UTV driver to the route. From there he was taken to the Pinamar hospital in an ambulance and on Wednesday night the doctors confirmed brain death. Because it is emotional, his family reported within hours that decided to donate the organs.

“Matías, from the age of three he rode a quadricycle and later on a motorcycle. He had all his full protective gear. This was a passion for him“Said Eduardo, the father of the young man in dialogue with TN. “We are very linked to the competition. He left at half past six in the afternoon with his motorcycle, the usual time for training. He did not go out to run, but to turn, as if he were going for a lap, to test the new shock absorbers, “he said.

The parents also told that the young man was on vacation with his girlfriend and a couple of friends. “He never went out alone, it was with a friend who witnessed everything. The man from the UTV attended Matías at the time, did first aid, never got away “, added Mariana, the mother. “The two loaded him into a truck and took him to the road, where the ambulance arrives,” he said.

According to the police report, the UTV driver is Laureano Garcia, 45, who lives in the party of Ezeiza and was already identified in the cause in which The Prosecutor 5 of Pinamar intervenes in the case.

Marriage, who lives in Tiger, province of Buenos Aires, said that they decided to donate the organs due to the impossibility of recovering Matías. “The only consolation that we have left as parents, the heart is on its way to Florencio Varela, for a 26-year-old girl, and her other organs already have destiny as well ”, they assured.

UTV vehicles and quadricycles must meet a series of regulations in the municipality and on the Atlantic Coast to be able to circulate. One of them is to transit exclusively in permitted areas, in certain safe lanes or corridors. This accident happened in one of those spaces. “Matías was trained from a very young age to walk in the dunes, but destiny was marked. Here nobody left anyone lying; there are codes that are respected and in this case they were complied with ”, they closed.

Pinamar banned quadricycles in the dunes this season

Although in this case the vehicle was driving in a permitted area, the municipality of Pinamar decided this summer to ban the circulation of quadricycles, motorcycles and trucks in the areas of dunes, historically conflictive and where accidents are recorded every year.

The authorities assured before the start of the season that there would be heavy fines for those who do not respect the restriction. “The maximum of those that are provided by law,” they argued.

// Stung in Villa Gesell: a young man died when a quadricycle and a motorcycle collided on the beach

Although victims of recklessness are registered every year in the dunes, the main argument for the ban has to do with the pandemic, so as not to collapse the health system.