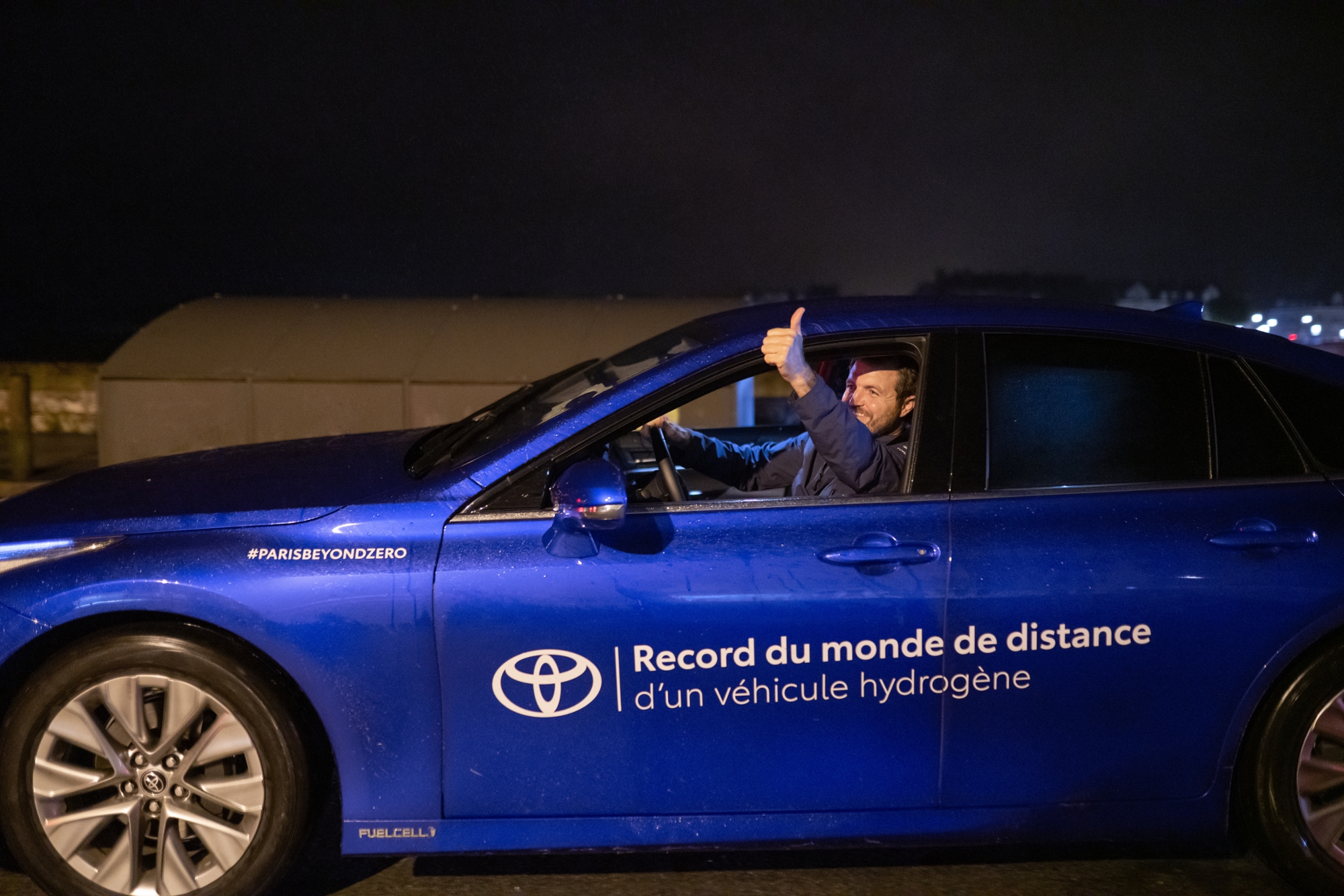 1,003 kilometers, that’s the distance covered with a single charge of hydrogen, by the new Toyota Mirai this Wednesday, May 26, thus beating the world record. This car started off from the HysetCo hydrogen station in Orly and was driven by a team of 4 drivers, the brand explains in a press release.

“The zero-emission performance achieved by the Toyota Mirai demonstrates the potential of hydrogen as a viable and efficient energy carrier, available in unlimited quantities, “writes Toyota. These 1,003 kilometers traveled by the fuel cell vehicle with a single charge, were made on a mainly road trip south of Paris, it is still specified.

La Toyota Mirai can hold 5.6kg of hydrogen in its three tanks, completely green hydrogen, “zero emissions from production to use”. This distance record is a further step in this technology. “It’s a fabulous challenge that we have succeeded with with the new Mirai. Internally it’s the spirit Start Your Impossible, surpassing oneself, which drives us and we have demonstrated it again today “, declared Franck Marotte, CEO of Toyota France.