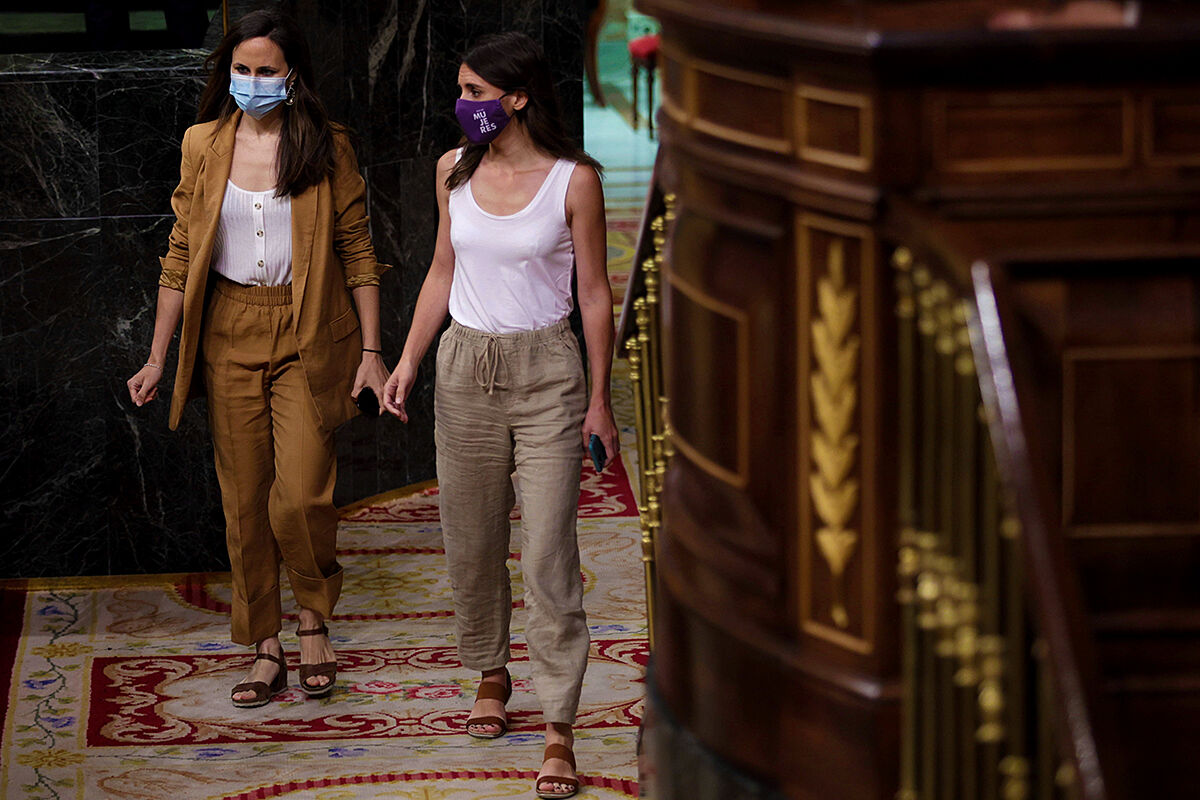 In the new Trans law, the kings are the parents, not the parents, the father or the mother. One of the consequences that the entry into force of the new norm will have will be the substitution of the terms “parents”, “father” and “mother” of relevant articles of the Civil Code. They will appear as “parents” and, if the reference is individual, they will be replaced by the formula “mother or pregnant parent” and “father or non-pregnant parent”.

The preliminary draft brought to the Council of Ministers by the Department of Equality closes with a list of final provisions that retouch articles from other laws, particularly the Civil Code. In a dozen articles the references to the father or mother are modified.

This article is included in the title of the Civil Code dedicated to “paternity and filiation”, which includes most of the modifications together with that of “paternal-filial relations”.

The same thing happens in the article that regulates the order that you want to choose for the child’s surnames. “If the affiliation is determined by both lines, the father and the mother by common agreement can decide the order of transmission of their respective first surname”, says the current rule. The one that is expected to be approved changes father and mother for “parents”.

There is another relevant modification in the Civil Code, this time referring to marriage. The article that opens the chapter dedicated to its requirements says for 40 years – it is 1981, of the Divorce Law – that “men and women have the right to marry according to the provisions of this Code.”

That wording survived the legalization of gay marriage, because it did not literally require that marriage be between a man and a woman. It is enough then to add that same-sex marriages will have equal rights. But the Trans law is going to change it.

Now “the man and the woman” become “persons”, so that article 44 starts like this: “Everyone has the right to marry in accordance with the provisions of this Code.”

The Ministry directed by Irene Montero explained on Tuesday that, in the face of discrimination complaints, there would be a reversal of the burden of proof. In other words, the defendant must prove that he had not discriminated.

The specific wording of the draft is somewhat more nuanced and requires the complainant to “provide well-founded evidence” of the alleged discrimination. So yes, “it will be up to the defendant or whoever is accused of the discriminatory situation to provide an objective and reasonable justification, sufficiently proven, of the measures adopted and their proportionality.”

The subject of reversing the burden of proof is a delicate one, and indeed there was a more prudent option. It is reflected in the text of what is known as zerolo law that the PSOE brought to Congress in January. It says the same as the Trans law, but qualifying that the reversal of the burden of proof will not apply “to criminal proceedings or administrative sanctioning procedures.”

“Nor to the measures adopted and the procedures processed under the rules of organization, coexistence and discipline of educational centers.”

The draft dedicates an article to establish the prohibition of conversion therapies that seek to change a sexual orientation. Article 16 establishes that “the practice of aversion, conversion or counterconditioning methods, programs and therapies, in any way, intended to modify people’s sexual orientation or identity or gender expression is prohibited, even if they have the consent of the interested persons or their legal representatives “.

The claim of the law is to reach the classroom. Within the section dedicated to “measures in the field of education”, the preliminary draft indicates that the Government, within the framework of the Education Law, “include among the basic aspects of the curriculum of the different educational stages the principle of equality of treatment and non-discrimination for the causes provided for in this law “.

Also knowledge and respect “for the sex-affective and family diversity of LGBTI people.” The same subject, adds the draft of the Trans law, will be included in the syllabuses of the entrance exams to the teaching staff.