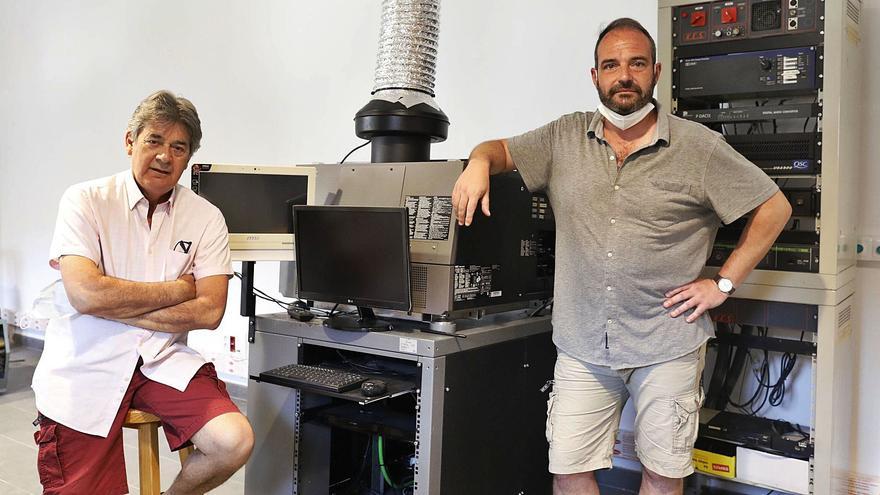 The Truffaut cinema will premiere the new facilities of the Modern as of this Friday, July 2nd. It will be a month after that the last session was held in the Albéniz Plaza, which has hosted the cinema during the works. The transfer of the digital projector and the 35mm has been done throughout June, as well as the rest of the material and objects. At the same time, the new Modern building has been carrying out the necessary controls to open it to the public and this Friday will be available for use. The first session will be at seven in the afternoon with the screening of the short film ‘Tardor’, by Girona’s Helena Oller. Below you can see David Mulch’s ‘Mulholland Drive’.

The Truffaut cinema will open the new room and also a new access. Until the second phase of the Modern works is completed (at least over the next two years), the public will have access to the cinema on Carrer Nou del Teatre, the ground floor of the building. Once there, the public will have to go up to the second floor, where the cinema room will be. It is expected that from the autumn onwards, the second cinema room in the new facility will be used. This second room will allow to expand the cinematographic offer of the Truffaut.

The group of critics who manage the cinema has scheduled the screening of the short film ‘Tardor’, by Girona’s Helena Oller for the inauguration. This is a piece that premiered at the Barcelona International Author Film Festival.

Later the audience will be able to see ‘Mulholland Drive’, by director David Lynch, a film released in 2001 and remastered in 4K for re-release 20 years later. From Saturday 3, the regular screenings will resume with the premiere of ‘Las cosas que decimos, las cosas que hacemos’ (The things we say, the things we do, 2020), by Emmanuel Mouret, a French romantic drama that garnered up to 13 nominations at the last edition of the Caesar Awards.