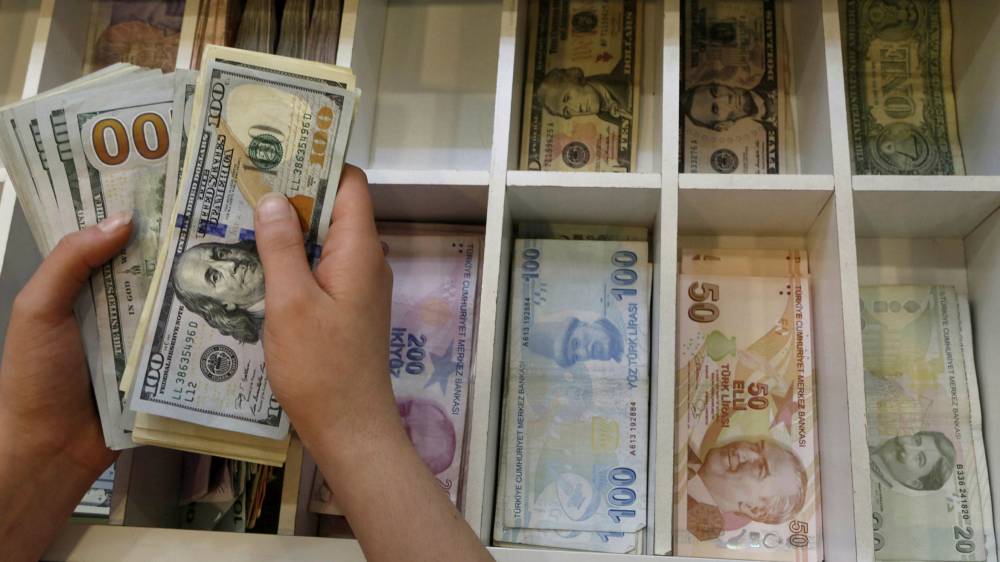 The Turkish lira fell to a new record low of 9.1 against the dollar on Wednesday, extending its losses after an unexpected interest rate cut sparked a fresh sell-off and the US currency rose against other currencies.
At 1510 GMT, the lira recorded 9.0740 against the dollar, slightly lower than the previous closing level.
According to “Reuters”, the Turkish currency has lost about 18 percent of its value against the dollar this year, exacerbating an increase in inflation to about 20 percent.
Turkey’s central bank unexpectedly cut its key interest rate by 100 basis points to 18 percent last month in what analysts saw as fresh evidence of political interference by President Recep Tayyip Erdogan, who describes himself as an enemy of interest rates.