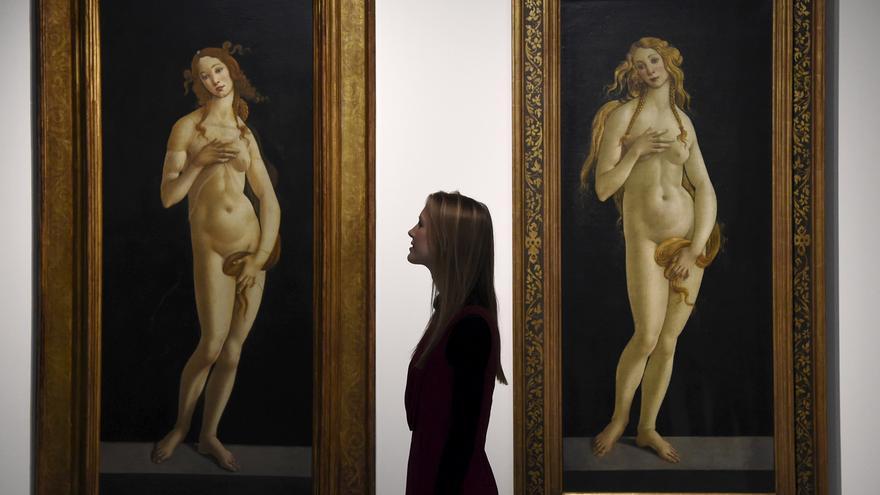 A woman poses in front of two Botticelli’s Venus paintings on display at the Victoria and Albert Museum in London.
Reuters

The request, still in the preparation phase by the Uffizi lawyers, will be sent this Tuesday, sources from the public institution confirm to Efe.

The Uffizi Gallery then recalled that Italy has a 1993 law, updated in 2004 and 2014 in the Code of Cultural Property, which allows the use free of the image of the pictures if it is done privately or for scientific, educational or informative purposes. However, its use for commercial purposes must be accepted and paid for.