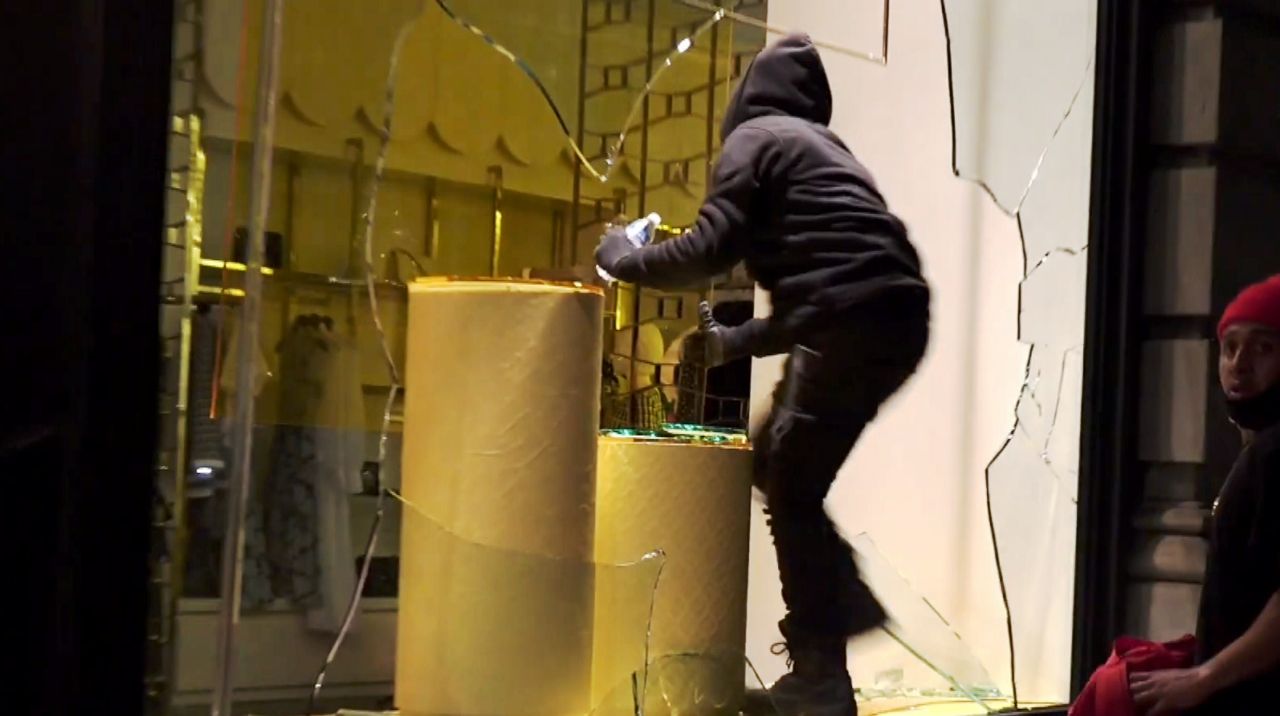 New York City is grappling with the aftermath of another night of violent protests over the police murder of George Floyd in Minnesota.

Looters were seen near Herald Square, the Diamond District and SoHo.

Some of them went into fancy stores like Tory Burch and Kate Spade.

At the Barclays Center in Brooklyn, the demonstration began peacefully but turned violent around 10 p.m.

There were several fights between protesters and the Police.

The protesters threw insults and bottles of water at the officers.

They said that police killings of African Americans have to stop.

Visit the NY1 News page with our special coverage on the coronavirus: Coronavirus outbreak