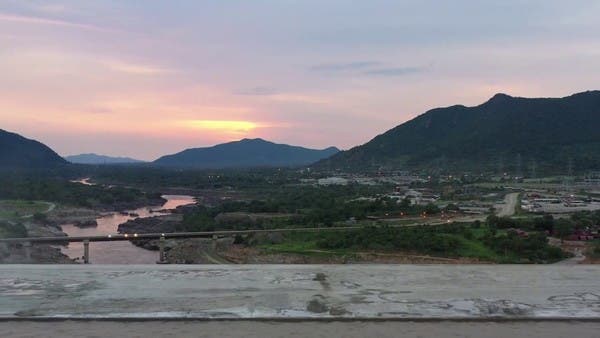 The United Nations said in a statement on Saturday that Secretary-General Antonio Guterres met with Egyptian Foreign Minister Sameh Shoukry, and assured him of the United Nations’ readiness to support the negotiations on the Grand Ethiopian Renaissance Dam led by the African Union.

The statement added that Guterres and Shoukry also discussed during their meeting in New York the situation in Libya and the peace process in the Middle East.

For its part, the Egyptian Foreign Ministry said that Shoukry reiterated during the meeting “Egypt’s position on the Renaissance Dam file and the need to reach a binding legal agreement on the operation and filling of the dam, in a manner that takes into account the interests of all parties and as encouraged by the presidential statement issued by the Security Council in the middle of this month.” .

In a statement, the Foreign Ministry added that Shoukry expressed Egypt’s aspiration for the continued support of the Secretary-General and the United Nations for efforts to achieve this.

Earlier on Saturday, Egyptian Foreign Minister Shoukry confirmed that the Security Council’s statement on the Renaissance Dam had strengthened the negotiating framework under the auspices of the African Union.

In statements to the Egyptian “Nile News” channel from New York, on the sidelines of the United Nations General Assembly meetings, he said that what is issued by the Security Council has a mandatory character that requires that the three countries (Egypt, Sudan and Ethiopia) engage in negotiations and reach An agreement to end this crisisHe added that the great achievement was achieved by submitting the file of the Renaissance Dam to the Security Council, in addition to the receipt of a way out from the Council represented in a presidential statement that strengthened the negotiating framework.

The foreign minister stressed that Egypt always looks forward to a binding legal agreement that achieves the interests of the three countries and ends this crisis.

The Egyptian Foreign Minister had made it clear in previous statements Reaching a binding agreement on the Renaissance Dam It will spare the region a “complex scene that we do not want and whose consequences are undesirable.”

In a speech to the 156th ordinary session of the Council of the League of Arab States recently, he said that he reaffirms the constants of the negotiating position of Egypt and Sudan on the Renaissance Dam, stressing that the solution lies in a binding and just agreement that preserves Ethiopia’s right to development, which we respect and appreciate, but does not come in any way. One of the forms is a deduction from the water rights of Egypt and Sudan in the Nile River.

The Egyptian Foreign Ministry had previously announced that it welcomed the presidential statement issued by the Security Council regarding the Renaissance Dam, with the aim of quickly completing the drafting of the text of a binding legal agreement on filling and operating the Renaissance Dam.

It is noteworthy that the UN Security Council had called on Egypt, Ethiopia and Sudan to “Resumption of negotiations” under the auspices of the African Union, to reach an agreement on the dam on the Nile River, which raises regional tensions.

The statement, whose project was submitted by Tunisia, stated that the agreement must be “acceptable to all and binding on the filling and operation of the Renaissance Dam, within a reasonable time schedule.”