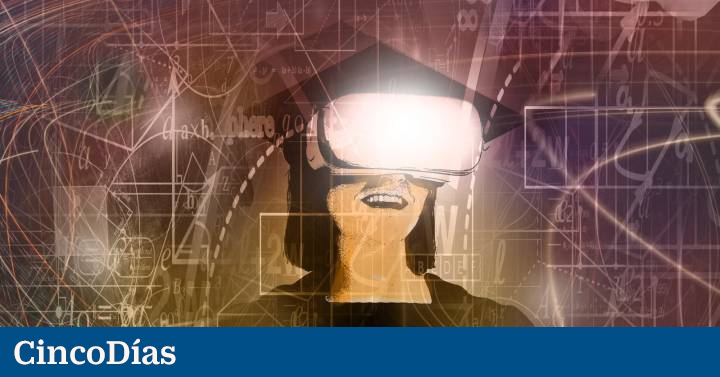 When Alejandro Martín, graduated in Aerospace Engineering from the Carlos III University of Madrid, began his career, he did so full of enthusiasm, but, over time, the desire disappeared and discontent increased. “I no longer had that restlessness that I had at the beginning. I asked the university for a digital change, another in the educational system and another in the evaluation system ”, he acknowledged this Thursday during the virtual round table The challenge of teaching and learning in times of pandemic, organized by the CYD Foundation.

Covid-19 has transformed all industries and education has not been immune to it. “Fortunately or unfortunately, the pandemic has accelerated all this,” acknowledged Martín. It has also caused a range of possibilities to be known that already existed, but were not taken into account. “I have lived this as a period of express professional development”, assured the professor at the University of Oviedo Nuria Hernández, during her speech. This context has served for teachers to approach new tools and new ways of doing things. “It is a very difficult and worrying experience, but I am living it as an opportunity to move forward. It is exciting because, in a few months, we have seen changes that, otherwise, the university would have taken a long time to make ”, admitted the professor.

Twenty years ago, the most digitized carried a series of transparencies that they projected on the wall with a projector, joked the professor at the University of Nebrija, Fernando Tomé. “Some universities were better and others worse, we have all advanced, but what is true is that none is at the level it should be today. The only good thing about all this is that it has forced us to run more”, Developed the expert.

A necessary transformation that not only involves access to electronic devices, many of which have been covered with grants and scholarships, as recalled by the professor at the University of Barcelona Pilar Aparicio, but goes much further. “If the digital transformation is purely technological, it will not do any good. There has to be a methodological change, ”Hernández stressed. The question, continued the professor at the University of Oviedo, is to consider what is going to happen before, during and after classes to make the students’ experience meaningful. “Presence must add value,” he supported.

This line also followed the intervention of the student of the double degree in Law and Business Administration of the Complutense University of Madrid Natalia Zardoya, who recalled that the university is an experience that transcends classes: “Associations, talks, courses or work groups”. An idea repeated by Martín, who criticized that this institution has gone from being “a place for knowledge, where you can meet close people and innovate in a place where you only go to get a degree”. That is what made him lose his enthusiasm, admitted the student, who defended that the extra free time provided by digital education should be used to promote these types of activities, educational but less regulated.

This digital change must take into account the human factor more than ever. This was also explained by Hernández, for whom the challenge lies in the connection between people. “Any learning experience must be interactive and collective,” he said. An experience corroborated by the students themselves, who acknowledged having felt more connected than ever to their teachers despite how complicated the last year was. “We must delve into the emotional part, that of accompanying the students,” continued the professor from the University of Oviedo.

Therefore, Aparicio denied that a Covid-19 generation of students who were trained in these circumstances will be produced, as this context is making them develop different skills, among which common sense should predominate. “It is absurd that we talk about technological tools, which have shown that they know how to use in spades,” he said. The pending subject now, Martín considered, is a change in the evaluation systems. Something that, for Hernández, goes through all of the above: “If we change the way we do, we can also evaluate differently. If not, we will not be able to carry out practices that are very different from those we had until now ”.

See Also:  the French determined to spend more than usual to ward off gloom