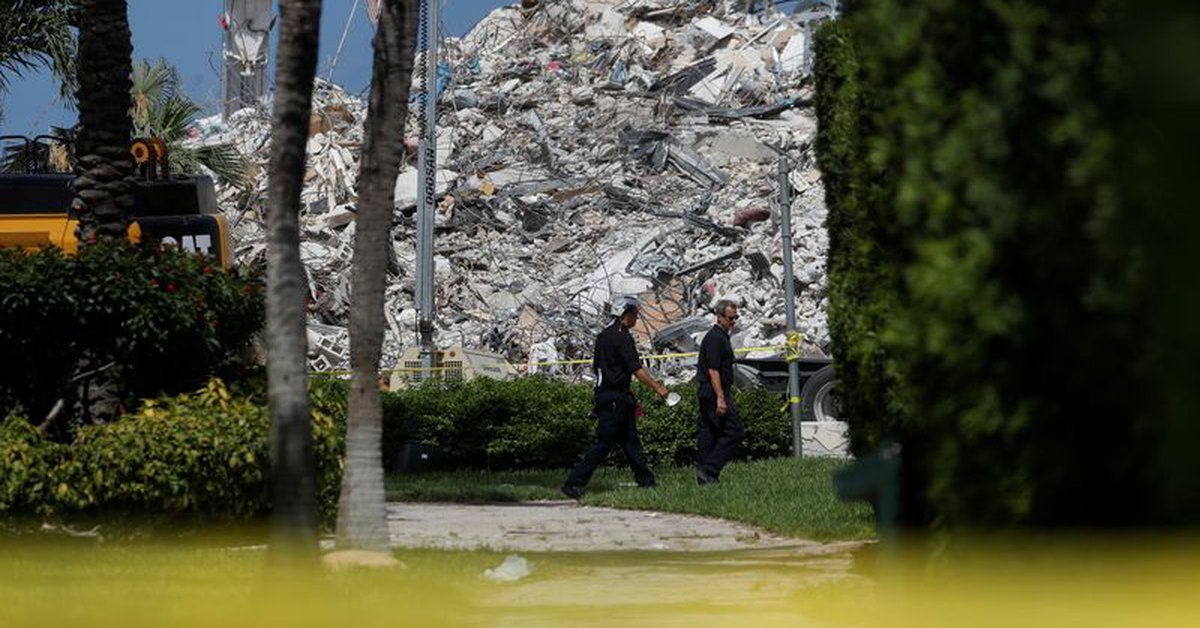 The rubble of the Champlain Tower and the rest of the building that remained standing before its implosion controlled by security.

More than a month has passed since the fateful June 24 that the Champlain Tower of Surfside, claiming the lives of 98 people, and there are still more questions than answers.

Far is the clarity about what caused the collapse. But while that is being investigated, there are other pressing issues that must be resolved, such as what to do with homeless survivors.

So far most of them have been in temporary hotels and apartments, which in many cases was obtained by local authorities from both the Surfside Municipality and Miami Dade County. But it is time to put temporality aside and start looking for long-term solutions.

Between the insurance and the sale of the land, it is expected that there will remain around $ 150 million to distribute among the survivors and the families of the victims. But for this money to arrive it also takes time.

The non-governmental organization Global Empowerment Mission (GEM), located in Doral, this week launched the third phase of its plan to help those affected by Surfside: get them a permanent home.

In collaboration with the real estate firm Douglas Elliman, whose real estate agents will not charge commissions for their work, are looking for homes to 35 families that have been left on the street.

The NGO GEM has a fund in which donations were collected. With that money, the 35 families could be provided with enough money to pay the three months deposit and advance that is usually required in rental contracts. But they are looking for help to go further. That is why they ask for new donations to be able to collaborate not only with the initial payments, but also with part of the rents in the coming months while these families manage to get back on their feet.

“There is a gap in the middle in these types of situations. And that’s where things start to get ugly, “he told the local press. Michael Capponi, founder and CEO of GEM, who has worked in other disaster situations in the past such as hurricanes and fires on the west coast. As Capponi explained, as soon as a tragedy occurs, many donations are received, but as the days go by, income decreases. And the problems are usually long-term.

So far, GEM has collected 370 thousand dollars in donations. In a first stage, they used part of the money to buy prepaid cards that could be used in supermarkets and pharmacies, buy clothes, computers and even plane tickets so that their families could come to Miami. In a second phase, they provided money for temporary apartments.

Adding to all the complications is the fact that rents have risen throughout South Florida, and there is not as much supply on the market. Hence, finding a home is a difficult mission for these 35 families.

After removing the debris, this is what the area where the Champlain Towers building in Miami looked like