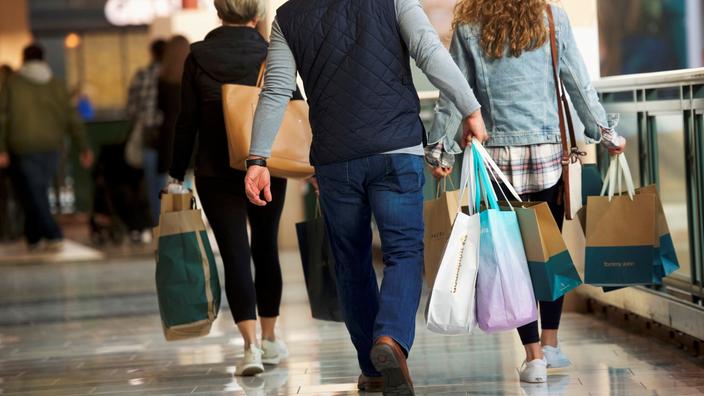 The total amount of gross domestic product exceeded that of the fourth quarter of 2019, for the first time since the onset of the health crisis.

The United States recorded slower-than-expected GDP growth in the second quarter, which however allowed the world’s largest economy to return to its pre-pandemic level, according to the Commerce Department’s first estimate released on Thursday. .

Read also :The pandemic and the delays in immunization widen the growth gaps around the world

The total amount of gross domestic product (GDP) has indeed, for the first time, exceeded that of the fourth quarter of 2019, which was the last not to have been affected by the crisis caused by the Covid-19. The country recorded growth of 6.5% at an annualized rate, which compares to the previous quarter and then projects the development over the entire year at this rate. This is much less than the 8.5% expected by analysts. And the growth is 1.6% if we compare to the previous quarter, which is the calculation method used by other countries such as France.

In addition, prices continued to climb, at their fastest pace since 1982. Inflation accelerated to 6.4% in the second quarter, according to the PCE index, against 3.8% in the previous quarter. previous quarter. Excluding volatile food and energy prices, so-called core inflation is at its highest since 1975, at 6.1%, against 2.7% between January and March.

SEE ALSO – “Inflation could be higher and more persistent than we expect,” says US Central Bank

The president of the American Central Bank (Fed), Jerome Powell, but also the IMF, who have assured for months that this inflation should only be temporary, recognized this week that it could be stronger and more durable than expected. The reopening of the economy thanks to vaccination and the billions of dollars distributed to households, have boosted consumption by Americans.

US President Joe Biden is counting on a pharaonic social and environmental spending program of $ 3.5 trillion to ensure the country’s growth over several years. GDP is expected to grow 6.7% this year and 5% in 2022, according to the Congressional Budget Services (CBO). The International Monetary Fund (IMF) also raised its growth forecast for the United States this week, and now expects + 7.0%, like the American Central Bank (Fed), thanks to massive stimulus and investments, made and to come.