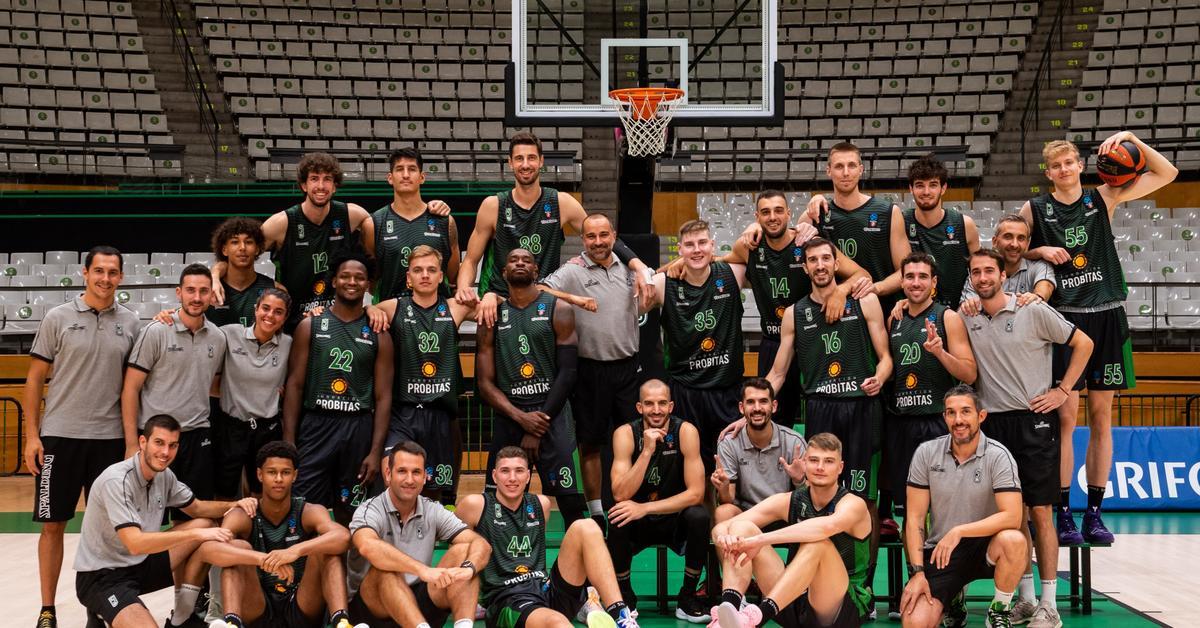 BarcelonaSome things do not change. The years go by and the Joventut de Badalona continues to make young people debut to stay among the best. Carles Duran’s team debuts this season against Bilbao Basket (6pm, Movistar Deportes) in a match in which, incidentally, the 30th anniversary of the Olympic Pavilion will be celebrated: the green-and-black entity left three decades ago the iconic track of Ausiàs March to make a quality leap to a venue where the best players in history have played, thanks to the 1992 Games. For the debut, Duran will have three major injuries, two of which under the ring: the pivots Ante Tomic and Simon Birgander, as well as the badaloní Ferran Bassas, that begins the second season after returning to the originating club of the San Pablo Burgos. “We face the first game with all the enthusiasm and with a lot of desire to start the Endesa League well, because we already know that starting the season well gives you a lot of confidence and then everything is easier,” said one of the captains in the previous match. Pau Ribas.

After a few years of crossing the desert, the Penya has found economic stability thanks to the entry of the Grifols group. And it has translated into sports projects that have led the team to be among the top eight in the Endesa League, which allows it to play the play-off and the final phase of the King’s Cup. Last season the Penya finished seventh and lost in the first round of play-off against Barça. Now the challenge is to match the result and improve it. “The challenge is for people to identify with our way of playing,” Duran explained.

To achieve this, Duran sees the return of one of the best players to emerge in recent years, Guillem Vives, who has played the last seven seasons at Valencia. At 28, Vives has seen injuries cut off his wings. Also returning is escort Brandon Paul, who was already green-and-black in the 2015-16 season. Dominican baseman Andrés Feliz and American winger Derek Willis, both debutants in the Endesa League, are the other two signings for the green-and-blacks of the season, while Pep Busquets, one of the young talents of the home, already enters first team dynamics. Without Nenad Dimitrijević or Xabi López-Arostegui, who have left for Valencia, the Penya has seen Vladímir Brodziansky take a step forward this season. In addition, Arturs Zagars has entered the dynamic of being a base when he plays, while two young people recruited abroad years ago and coming from the nursery, the Hungarian Zsombor Maronka and the Latvian pivot Kris Helmanis, have enjoyed prominence. According to Pau Ribas, with the signings “some things have been fixed that failed last year”: “We have a compact squad and much better in defense, which will make us competitive every day.”

For Carles Duran it will be the fifth season at the club. And every year the team has taken a step forward, although now it will have to win the renewal because the contract ends in 2022. Once again, the Penya will compete in the European Championship: last year it stayed at the doors of the final phase falling tightly against the Virtus of Bologna. In international competition, around 3,000 spectators were able to return last season, but the match against Bilbao will mark the return of the fans to the Olympic after a year and a half. Pau Ribas, for example, has hardly been able to enjoy the support of the people since he returned home. “I wanted to play at a good level, in a good team that competed, enjoy the track and help young people by making it easier for them to get into the Endesa League and professionalism. The only thing I had failed so far was being able to to play in front of fans, and that will be possible now “, he said in the preview of the match against Bilbao, coached by Àlex Mumbrú, another former Penya player. And CB Sant Josep, one of the traditional clubs in a city, Badalona, ​​which beats basketball even though it now suffers from the logistical problems of this historic club, which is still unable to play on its court. The demonstration this week to demand a solution for Sant Pep, in fact, brought together dozens of well-known faces from Catalan basketball. And, all in all, last week three familiar faces from the past passed through the Penya track: Raúl Lopez, Aíto García Reneses and Ricky Rubio. Anyone who has known the Peña from the inside always ends up coming back.