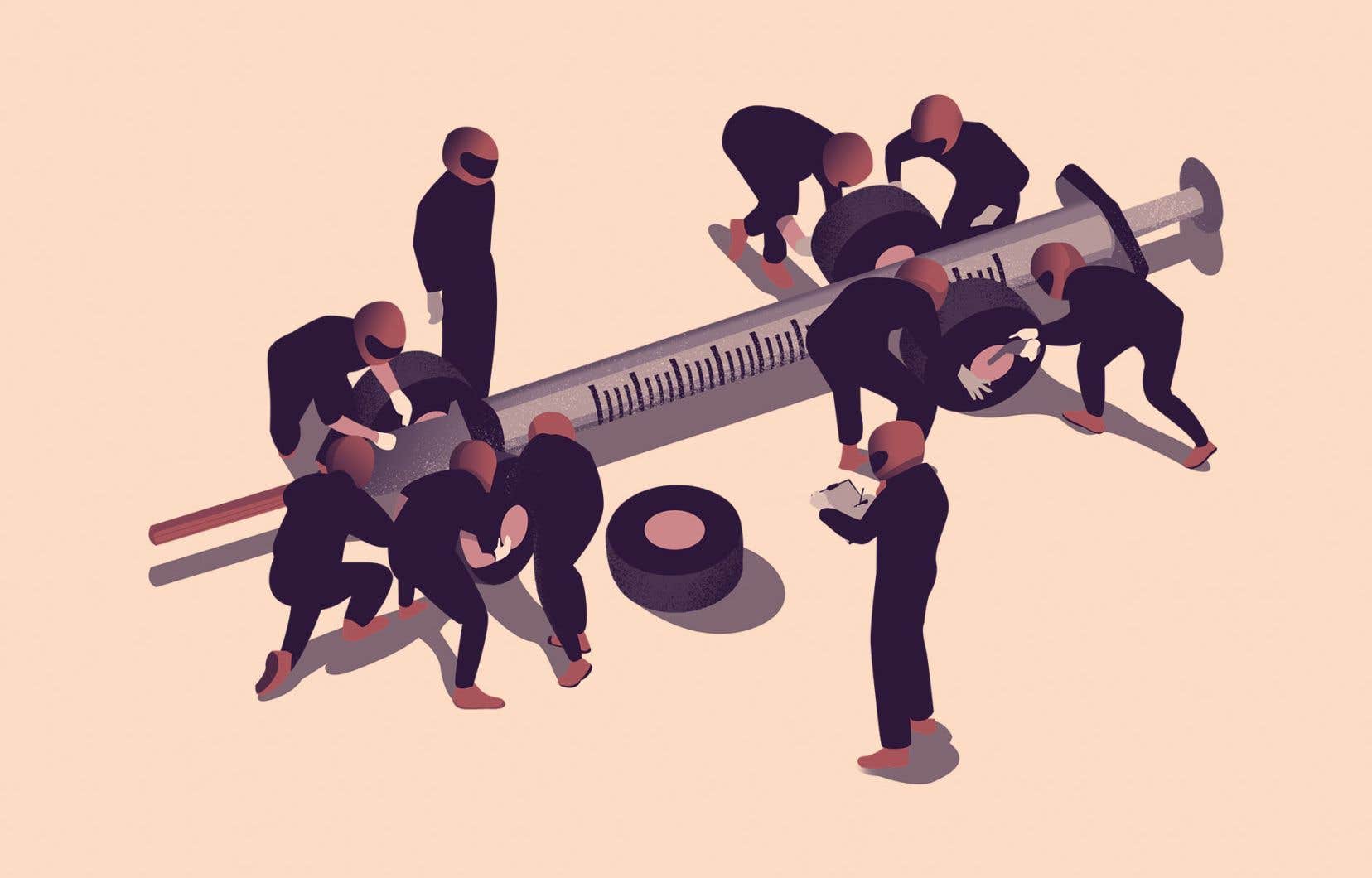 A little less than a year after the discovery of the coronavirus responsible for the pandemic, two messenger RNA (mRNA) vaccines were becoming available to protect us against this deadly virus. A record for the development and approval of a new vaccine! A record that has also worried many, who still consider today that these are “experimental” vaccines. A criticism which is however unfounded, because research on mRNA vaccines had already been swarming for thirty years.

At the time the pandemic broke out, Moderna researchers were pursuing promising studies of mRNA vaccines designed to provide protection against various other pathogens. Human clinical trials were underway to test the efficacy and safety of candidate vaccines against at least five different viruses, including pandemic influenza, respiratory syncytial virus (RSV) and Zika virus. “We were therefore very well positioned to quickly turn to the SARS-CoV-2 which was emerging”, affirms James Mansi, medical vice-president of the American company Moderna.

“The fact that we have obtained approval for our vaccine against COVID-19 eleven months after having access to the sequence of the virus is truly extraordinary, but this impressive development schedule would not have been possible without the progress made in immunology and without the interest in mRNA over the last decades”, he continues.

The idea of ​​designing mRNA vaccines has been around since the 1990s. But it was not until 2013 that we found a way to protect mRNA from its rapid degradation in the body by wrapping it in lipid nanoparticles, which also aid in its absorption by cells. It was from this discovery that scientists achieved success with mRNA vaccines. “It was the moment that changed the history of vaccines forever,” says Mansi.

In the ten years that followed, everything accelerated. Various mRNA vaccines are designed and are beginning to be tested in humans. When the COVID-19 virus emerged, mRNA vaccine candidates entered phase 2 clinical trials. “The technology was mature and had been proven for other viruses. Once we knew the genetic sequence of the virus, a vaccine candidate could be generated in a very short time, because we had the building blocks needed to synthesize, modify and package mRNAs in order to deliver them to cells”, explains Mr Mansi.

After receiving the virus sequence in January 2020, Moderna therefore managed to manufacture a coronavirus vaccine candidate in 42 days. “But it wouldn’t have been possible without all the development done before,” insists Mr. Mansi.

As we had to respond to a global pandemic, the entire international community, governments, university researchers, clinicians and industrialists began to collaborate and share their knowledge and successes. Government collaboration with vaccine manufacturers ensured that clinical trial data were reviewed as soon as they were ready. “It is not that the scientific and clinical evaluation of the tolerance and safety of the vaccine was less than in other times. Authorities [Food and Drug Administration (FDA), aux États-Unis, et Santé Canada] had the same requirements and showed the same rigor in evaluating the application for approval. The only thing that has changed is the shortening of the time before these authorities look into the file to revise it”, specifies Mr. Mansi. Anti-COVID vaccines had become the top priority and authorities shelved all other files.

Once we knew the genetic sequence of the virus, a candidate vaccine could be generated in a very short time because we had the building blocks needed to synthesize, modify and package mRNAs in order to deliver them to cells.

Composed of data accumulated up to two months after the administration of the second dose of vaccine, the file submitted to Health Canada and the FDA was “very robust”, because the phase 3 clinical trial had involved more than 30 000 individuals aged 18 and over. A particularly high number for this kind of study, but which had been required by governments and biostatisticians insofar as it was a new vaccine technology which had never before been used on a large scale.

A universal vaccine against COVID-19

The prospect of having to administer repeated booster doses has led public health authorities, including the World Health Organization (WHO), to grasp the importance of developing a universal vaccine that would provide broader protection, and that would thus make it possible to cope with the new variants that may emerge in the future.

Researchers have already been working on such a project for some time. Quebec microbiologist Gary Kobinger had started at the very beginning of the pandemic, in February 2020, at Laval University, the development of a vaccine offering “extended protection”. A grant from the Government of Canada allowed his team to design a DNA vaccine which has been shown to be effective against SARS viruses in animals in preclinical studies. “Then, when we applied for funding for a clinical study, we were told that we already had mRNA vaccines and that the problem was solved. However, we were proposing a universal approach and we were emphasizing the fact that it would be a useful vaccine for the future, ”says Mr. Kobinger, who now continues his research at the Galveston National Laboratory at the University of Texas.

For the design of this universal vaccine, Gary Kobinger used an approach he had developed in 2008, when he applied himself to design such a vaccine against the flu. “All of this basic knowledge is still applicable,” he says.

His approach consists of software to which a large number of RNA sequences from different variants of the virus are provided. Using an algorithm, this software then generates a new RNA sequence that does not exist in nature, but which is the best projection of the variants that could emerge. Inspired by 160 RNA fragments, the new sequence proposed by the algorithm is also the one that “would promote the best immune response, and above all an immune response that will take into account the potential evolution of the virus”, explains the microbiologist, who has developed an effective vaccine against the Ebola virus.

At most fifteen teams around the world are working on the concept of universal vaccines. “It’s an area that hasn’t been heavily funded in the past, largely because people doubted its feasibility. We want to be innovative in science, but in fact, we are quite conservative! Projects that are a bit too innovative are not funded because they are considered too risky,” Kobinger points out.

Nevertheless, the latter believes that, within a year, “given the speed at which these vaccines have already evolved, we should see the first universal candidate vaccines appear, not universal for all coronaviruses, but at least for all SARS viruses”, i.e. the different variants of SARS-CoV-2 from the current pandemic and SARS-CoV-1, which caused the start of a pandemic in 2003. “If we are able to provide the software with RNA from of SARS 2003 strains, there is a good chance of being able to obtain a sequence [vaccinale pouvant nous protéger contre] the strains that will appear in the future for at least a period of 20 years,” he enthuses.

Could such a vaccine stop the pandemic, or even eradicate SARS? “Eradicating will be more difficult given that SARS-CoV-2 is widespread across the planet, and it frequently moves in and out of animal populations. I think it will mainly become a cold virus, as there are currently circulating, so a virus with much weaker consequences, ”he says.

the Russian offensive against Kiev has begun, “this war will last”, warns Mr. Macron