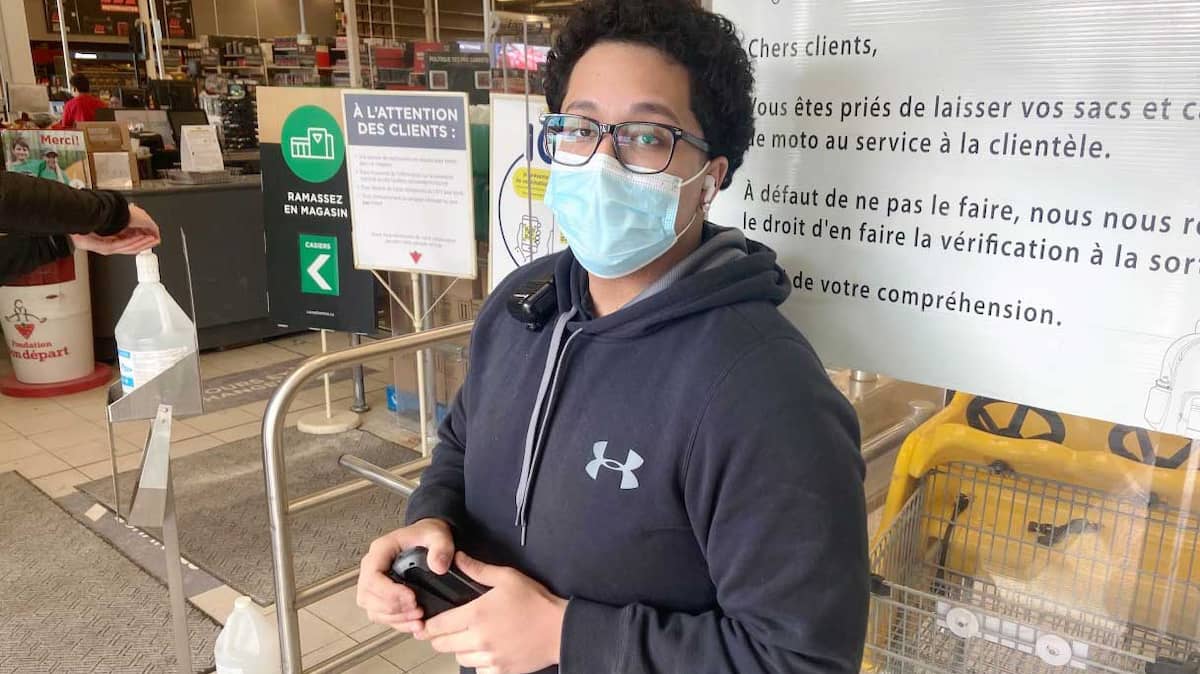 The big chains protested, but in the end, apart from a few irritants, the first day of the imposition of the vaccine passport went well.

Quebec thus became the first jurisdiction in the world to refuse entry to stores larger than 1,500 m2 to non-vaccinated people.

• Read also: A big box store in Gaspé does not require a vaccination passport… for now

• Read also: The vaccination passport even to have your car repaired!

The government decree published Sunday evening stipulates that those who do not have the vaccine passport can still go to a supermarket to receive “a pharmaceutical service”, but they must be “accompanied by an employee at all times”.

At the Walmart on rue Jean-Talon, in Montreal, where there is also a pharmacy, we had put the package on Monday morning. Five employees, accompanied by a few members of management, were ready to scan the QR codes.

The chain had however sown confusion, on January 13, shortly after the announcement of the measure by Quebec, by indicating on Twitter that “customers do not have to present proof of vaccination to shop in our establishments”.

Walmart had gone all out on Monday on rue Jean-Talon in Montreal. Five employees and a few members of management checked vaccine passports.

In Quebec City, at the Walmart Lebourgneuf store, most of the customers we met agreed to submit to this new measure.

“We are used to presenting it elsewhere. Me, I have no problem with that, ”shares Richard Gagnon at the entrance to the store, where two employees were reading the QR codes behind a plexiglass.

At Canadian Tire, an employee at the entrance was already at the end of his rope around noon.

“I’m being ch …. People take me for François Legault and insult me,” says Manuel, who works on Crémazie Boulevard in Montreal.

Asked about the effectiveness of the measure, Monday, the Minister of the Economy, Pierre Fitzgibbon, recalled that Quebec “needs a collective effort”.

“Let’s make a sacrifice. It is not pleasant. It’s hard for everyone, ”he also said.

Anyway, Manuel started scanning the vaccine passports at 8 a.m. and he had already made more than one miserable in a few hours.

“There is one who showed me a fake vaccine passport. When I asked him for ID, he walked away shouting names at me.”

Both in Quebec and Montreal, the queues caused by the measure were minimal. Reno Dépôt, Renaud-Bray, Canac, Home Depot, Simons: it was a day like any other… or almost.

In any case, nothing to disturb the customers consulted on the spot.

“The virus will go around less than now,” believes Yan Dubois, a day laborer in construction who came to shop at Rona, in Montérégie.

On Monday, Charlotte Houle, who wanted to be reimbursed for tights at Simons, at Promenades Saint-Bruno, could not enter the store. “I am not vaccinated, not because I am necessarily an antivax, but for the simple reason that I think that we should be free to do it or not”, specifies the young woman, who will have to send her package by the post to be reimbursed.

The Canac chain (photo) estimates that the measure will cost more than $100,000 per week for all of its 31 stores in Quebec.

According to the Quebec Hardware and Building Materials Association, nearly 75% of hardware stores will not have to bear these costs since they have less than 1,500 m2.

“It still creates an inequity between the owners. I find it a bit ordinary,” says Richard Darveau, President and CEO of the Association.

He would have liked these members to be exempted from this measure.

Thomas Gaudreau, manager of the Forever 21 store in Laurier Quebec, would have preferred that the “verification be carried out at the entrance to the shopping center”. Martin Boucher, from Laurier Québec’s Sports Experts, is ready for the big crowds. “If I have to put six people on Saturday for it to be fluid at our doors, we will do it. I don’t want to piss our customers off with this,” he said.

Pokémon Legends: Arceus confirms the final forms of the starters and more with this trailer – Nintenderos