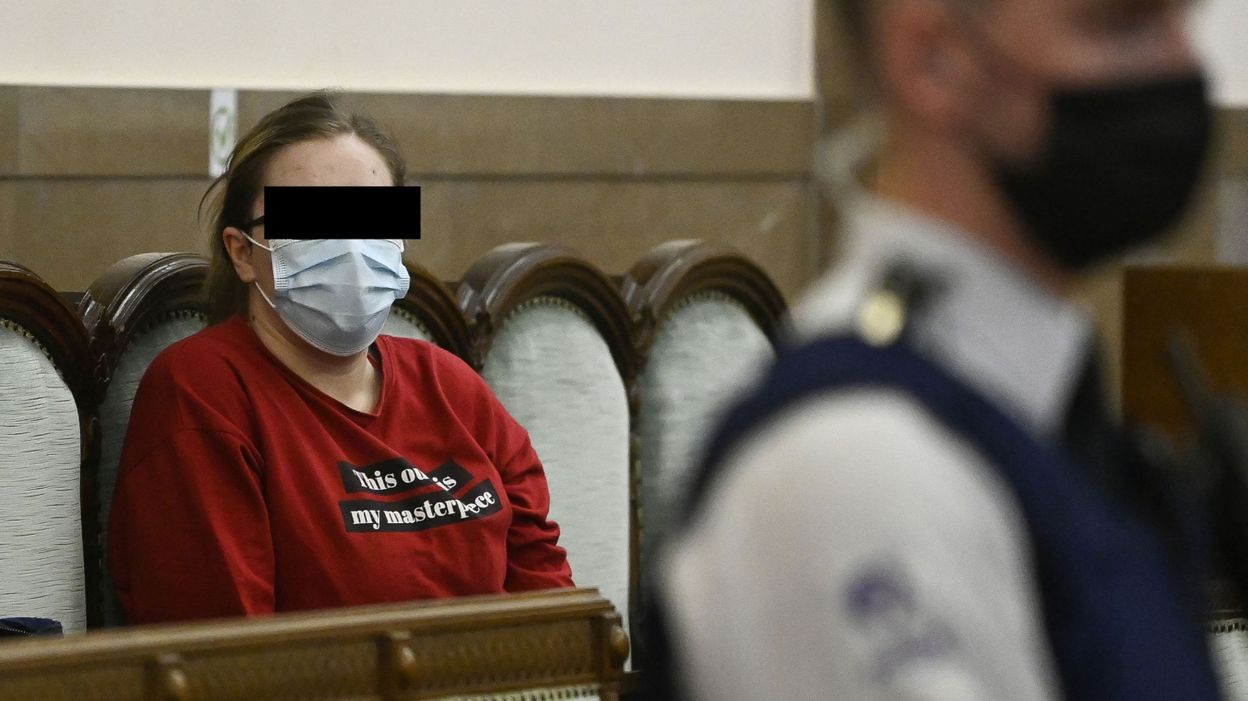 “The baseball bats as described by Daniel Poplawski and Kinga Poplawska are compatible with the splashes of blood found on the ceiling of the apartment“, declared the examining magistrate, Friday evening, in front of the Assize court of Brussels, on the basis of the report of the forensic experts drafted after the reconstitution of the facts. Daniel Poplawski, Lukasz Sredzinski, Hubert Mystkowski and Monika Nazarczuk are accused of murder of Sebastian Hurcewicz, committed the night of March 10 to 11, 2017 in Laeken, while Kinga Poplawska is accused of failing to assist a person in danger.

“The blows described are also consistent with the fractures of the ribs piercing the lungs. The victim was suffocated by his blood“, continued the judge.”The forensic pathologists further concluded, after witnessing the reconstruction of the facts, that the victim more than likely experienced the abuse they suffered in a conscious manner, and certainly in a very painful manner.“, she continued.

The re-enactment took place on May 18, 2017, a little over two months after the incident, in the presence only of Daniel Poplawski and his sister, Kinga Poplawska, the other defendants having still not been arrested. Daniel Poplawski and Kinga Poplawska described a scene of beatings on the victim taking place in the central room of the apartment. They both claimed that Lukasz Sredzinski and Hubert Mystkowski alternated punches and batting on the victim. Daniel Poplawski added to have seen Lukasz Sredzinski jump on the rib cage of the victim, while it was dying on the ground.

The body of Sebastian Hurcewicz, a 29-year-old man, was found, severely mutilated, on March 11, 2017, on a clandestine garbage dump, at the intersection of rue Léopold I and rue Thys-Vanham, in the Bockstael district in Laeken.

The police investigation quickly led to an apartment in a building on Breesch Street, not far from where the body was found, and its occupant, Daniel Poplawski, and his sister, Kinga Poplawska, who lived in an apartment in the same building.

Their testimonies as well as images from video surveillance cameras then led to the identification of Lukasz Sredzinski, Hubert Mystkowski and Monika Nazarczuk, the victim’s girlfriend.

According to various statements by the defendants, Hubert Mystkowski was jealous of Sebastian Hurcewicz because he was in love with Monika Nazarczuk. A fight then broke out between them, before the other two men, in particular Lukasz Sredzinski, got involved. The latter, in addition to being accused of murder, is accused of having subjected the victim to torture. All except Kinga Poplawska – who only passed by her brother’s apartment – were drunk and under the influence of amphetamines.

The report of investigators and the investigating magistrate will continue on Monday.