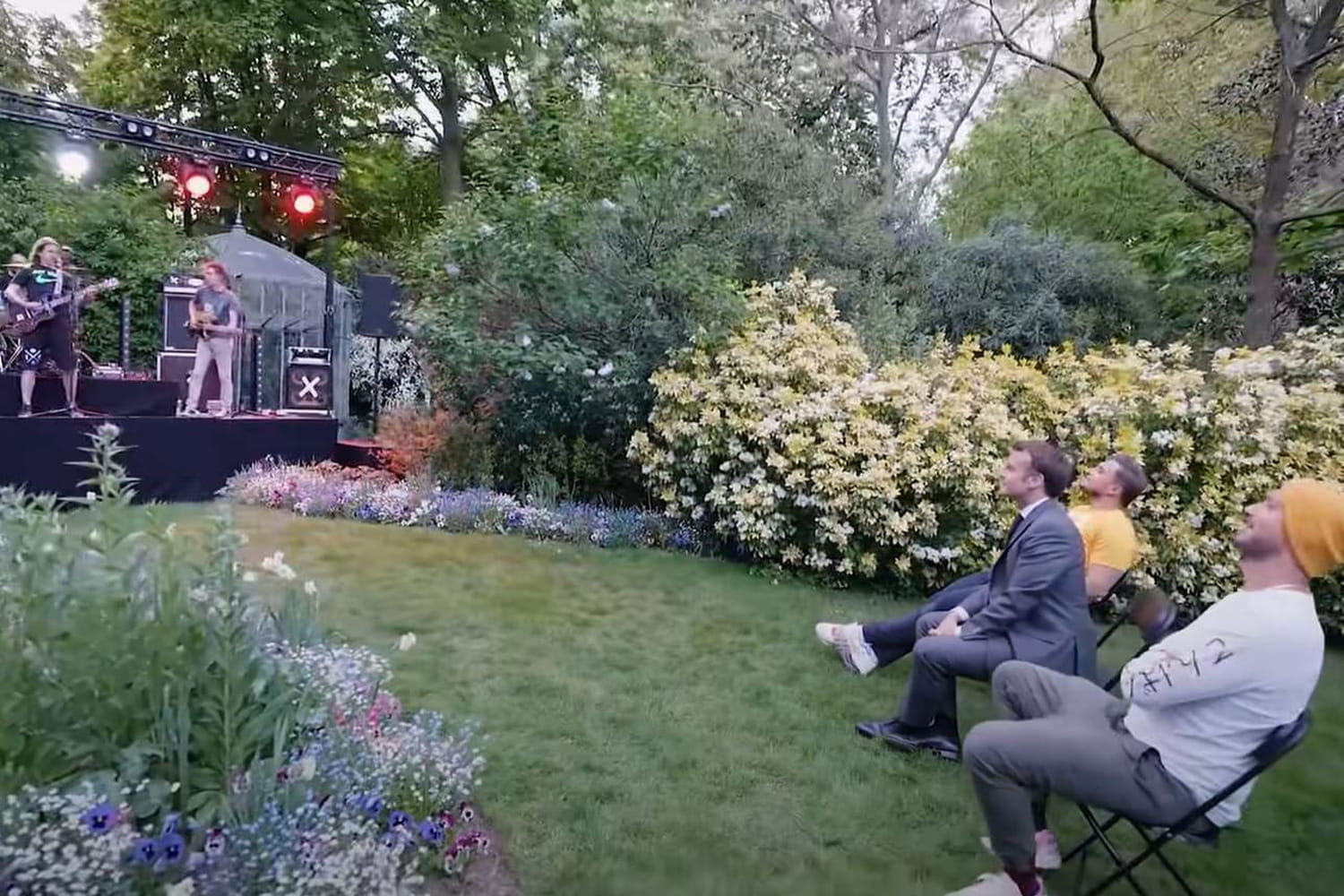 ULTRA VOMIT. The French metal group Ultra Vomit appeared at the end of Mc Fly and Carlito’s video, during the anecdotes competition with Emmanuel Macron at the Elysee Palace. This release earned them strong criticism.

[Mis à jour le 25 mai 2021 à 14h21] Spotlight or bad ad? The French metal group Ultra Vomit drew the wrath of their public and many Internet users by appearing in the video of Mc Fly and Carlito, published this Sunday, May 23, 2021. The Nantes quartet, described as “the best French metal group with Gojira “by the two YouTubers, appeared for a private concert at the back of the Elysée garden, facing the President of the Republic Emmanuel Macron. And this is where it gets stuck for the fans of the group, who are hundreds to let them know in comments on Facebook, calling them “sold” or expressing their “disappointment”.

So many comments prompting the group to express themselves on Facebook in a long message, evoking “an opportunity that no other group will ever have.” “Oh, we can imagine that we risk offending some of you (…) In short, we know that some will tick (and that ticks will certainly) but just keep in mind that ‘after having reversed the letters on the facade of the Olympia, the next step was necessarily to play grind at the Élysée. Any other boring interpretation based on “all policies” would be a boring interpretation “, can one read in the message.

“The Elysé, are you there?!”. The group from Nantes was therefore the highlight of the Mc Fly and Carlito show at the Elysée: during the last anecdote of the competition, it is therefore Ultra Vomit that the President of the Republic discovered at the bottom of his garden. Ultra Vomit performed during a private mini-concert in front of the three men for a minute, resuming (in their sauce of course) The Marseillaise and the children’s song A green mouse. “Ultra Vomit one of the best French metal groups”, welcomed the two youtubers Mc Fly and Carlito to the discovery of the artists in the garden of the Elysee, facing a cautious Emmanuel Macron: “damn, they are there”, launched the President. “You made them come because I think it was one of the craziest things to do, to make them come to the end of the Elysee, but you did,” he added. , thanking the group “for being there”.

If the group Ultra Vomit finds itself in the spotlight after its mini-concert in the gardens of the Elysée, the quartet is not at its first joke. Formed in 2000, the Nantes team is made up of four members: Nicolas Patra, Emmanuel Colombier, Fabien Le Floch and Matthieu Bausson. After a first album, Mr. Potato, released in 2004, then a second, Objective: money in 2008, Ultra Vomit became known thanks to its songs with quirky, sometimes absurd lyrics and various covers, from the Top 50 to the nursery rhyme for children. In 2017, the year of the release of his third album, Panzer Surprise, the group performs at Hellfest and goes on tours, until an Olympia in 2019 with, on the front of the Parisian hall, the name of the group intentionally misspelled in “Utlra Vomit” in red letters.