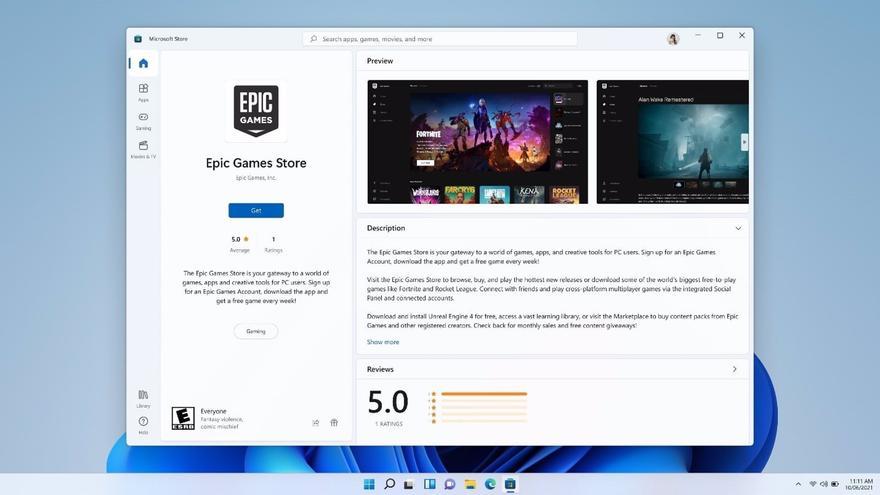 An image of the Windows Microsoft Store.
EP

The native Windows software store, Microsoft Store, has approved a few new policies with which it has opened to show applications and video games from third-party platforms, like the Epic Games store.

Microsoft has reiterated its commitment to achieving an open software store with “fair terms of business and promoting innovation” for its new Windows 11 operating system, which will be released on October 5, and that will also reach Windows 10 users in the coming months.

Among the main novelties, the new Microsoft Store for Windows has been opened to third-party platforms, so that users can use it to discover applications and video games from other repositories, as the US company has reported in a statement.

Microsoft, which has changed the Windows Store policies to enable this new feature, allow users to discover and install third-party apps directly “with the same security” as those of your platform.

First of all, the Microsoft Store will begin to show video games from the Epic Games Store in the coming months, the platform of the Fortnite developer studio, although it is open to receiving more third-party stores. Likewise, the opening of the Microsoft Store has been extended to a greater number of applications, with the desktop versions of Discord, Zoom Cloud Meetings and KakaoTalk, as well as creativity tools such as Luminar AI, Music Maker and VLC.

Microsoft Store has also incorporated new progressive web applications, like Reddit, Wikipedia, TikTok, Lyft, Quizlet, and Tumblr, as well as the video editor Clipchamp, recently bought by the company. What’s new in the Windows Store also includes the opening to two new browsers, Opera and Yandex, which can be used by app developers in addition to Edge.