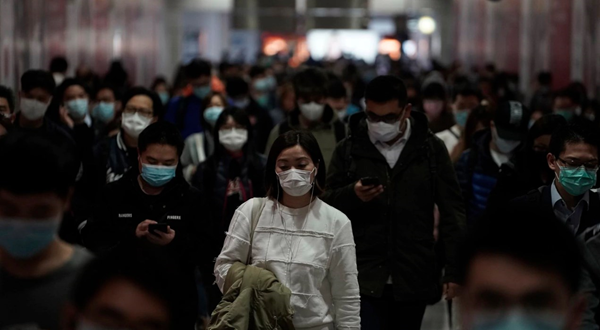 In light of the continuing outbreak of the Corona virus in the world for the second year in a row, the World Health Organization warns of the long-term and long-term impact of the pandemic on mental and mental health.

The World Health Organization said today, Thursday, that the impact of the emerging coronavirus “Covid-19” on mental and mental health will be “long-term and far-reaching”, as experts and leaders called for action on anxiety and stress related to the epidemic.

In a statement, the organization added, at the start of a two-day meeting in the Greek capital, Athens, with health ministers from dozens of countries, “Everyone is affected in one way or another… Concern about the transmission of the virus and the psychological impact of closures and self-isolation, contributed to causing a mental health crisis, along with the pressures associated with unemployment, financial fears and social isolation.

“The effects of the pandemic on mental health will be long-term and far-reaching,” the statement added.

The World Health Organization has called for strengthening mental health services in general and improving access to care using technology. It also urged the improvement of psychological support services in schools and universities, workplaces and workers on the front lines of the fight against Corona.

This year #WorldBrainDay focuses on multiple sclerosis, a condition that can affect the brain 🧠 and spinal cord, causing a wide range of potential symptoms, including problems with:
👀 vision
🦵 arm or leg movement
〰️ sensation
⚖️ balance

The World Health Organization’s regional director for Europe, Hans Kluge, said in the context that “mental health should be considered a “fundamental human right”, noting that the virus “has contributed to tearing people’s lives apart.”

“The pandemic is the latest in the world…More than four million people worldwide have lost their lives, livelihoods have been destroyed, families and communities have been scattered, businesses have gone bankrupt and people have been deprived of opportunities,” he told the conference.

WHO health ministers heard a 38-year-old Greek woman tell them that she had been receiving treatment for a mental disorder since 2002, and was adjusting well to treatment, until the outbreak when she was no longer able to attend personal support groups, and could not Seeing her father, forcing her to increase her medication. “The pressure of social isolation has led to increased anxiety,” she said.

Two days ago, the World Health Organization announced that The mutant “Delta” will become the dominant strain over the next few months in the world. And she indicated that it was found that more than 75% of the new infections around the world were caused by “delta”. As I warned Another mutant spread by the name of ‘lambda’ in a number of South American countries.