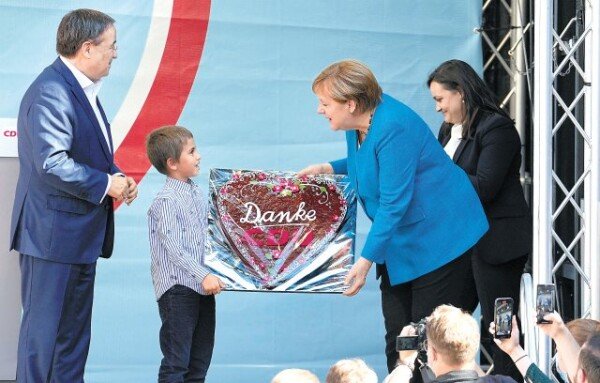 A boy gives gingerbread cookies with the words ‘Danke CDU’ (thank you CDU) to German Chancellor Angela Merkel (right), who supported the last election campaign of the Christian Democratic Union (CDU) in Aachen, Germany, on the 25th, one day before the general election. Merkel, who led Germany for 16 years after she was elected the first woman in German history in 2005, as Chancellor of East Germany, announced her retirement from politics at the end of this term. A preliminary opinion poll showed that the center-left Social Democratic Party (SPD) was slightly ahead of the centre-right CDU and Christian Socialist Party (CSU) coalition led by Chancellor Merkel. Aachen = AP News