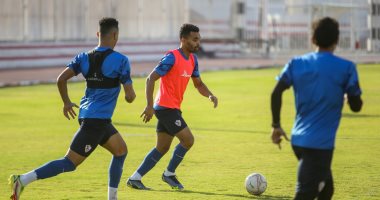 A source within the club’s management revealed that strong offers that reach Zamalek for the professionalization of some of its players, whether on loan or final sale, will be approved, while contracting with a number of distinguished players to build a strong team next season.

Ferreira wants to rest some players until they regain their level and focus, led by Youssef Obama, Mohamed Abdel Ghani and Omar Al-Saeed, provided that the distinguished youngsters are relied on in some of the Egypt Cup matches in preparation for pushing them in the league matches.

In a different context, the Portuguese coach, Jesualdo Ferreira, Zamalek coach, violently attacked his players after losing to Tala’a El-Gaish with a clean goal in the matches of the 19th round of the league, as Ferreira assured his players that they were substandard and appeared on the field at their worst level.

A source within the team’s technical staff confirmed that Ferreira was dominated by a state of anger after the loss, due to the players appearing at a bad level for the second match in a row, stressing that the Portuguese will hold several sessions with the players during the current period to try to re-establish them psychologically, especially since the remaining period of the league’s life is not Accept losing other points.

Today’s Matches: Atlas vs Tigres: Summary, goals and final score of the first leg of the 2022 Liguilla Semifinal

The US inspection criticized Zhou Wenwei for being cold-blooded! The key to the neighbor’s “big change in temperament”: his wife left him | International | Sanli News Network SETN.COM