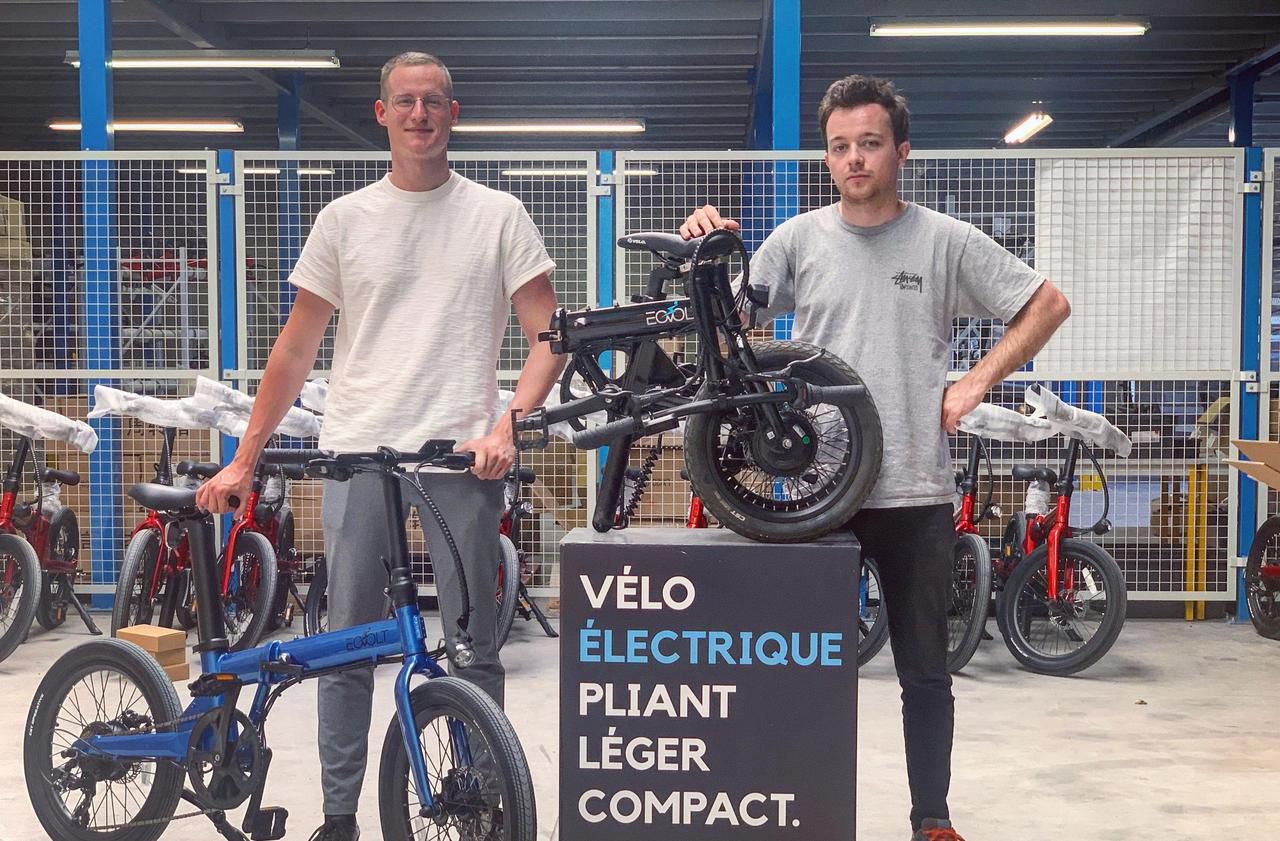 Their small business will make + 100% this year to reach nearly 4 million euros in turnover. Baptiste Fullen and Luca Chevalier, 26, are behind Eovolt, an electric folding bike at 1200 euros which has met with phenomenal success. “We don’t advertise in order not to risk the stock-out,” says Baptiste Fullen simply.

Students from the Tours business school, Luca, from Bourges (Cher), and Baptiste, from Orleans (Loiret), actually met on the same campus in China in Lingbo, south of Shanghai in 2015 .

For two years, the two French people worked for an e-commerce intermediary, where they learned the tricks of world trade. At an electronic show in Canton in 2016, they were amazed by the variety of electric bikes offered. The following summer, both were on vacation in France. “We looked for an inexpensive foldable electric bike, which we use when getting off the train. It didn’t exist, ”recalls Baptiste Fullen.

Back in China, they design a prototype, pass European standards, then they order 100 bikes from a Chinese workshop in February 2018. “Everything was sold in a month,” says Luca Chevalier.

To establish their very young company, they return to France. Lionel Chevalier, father of Luca, is technical director of the Signature auto racing team in Bourges. He lends them a piece of workshop. Two years later, they occupy it entirely since the final assembly is now carried out in France by ten people. In front of the orders which fly away, they even plan to move.