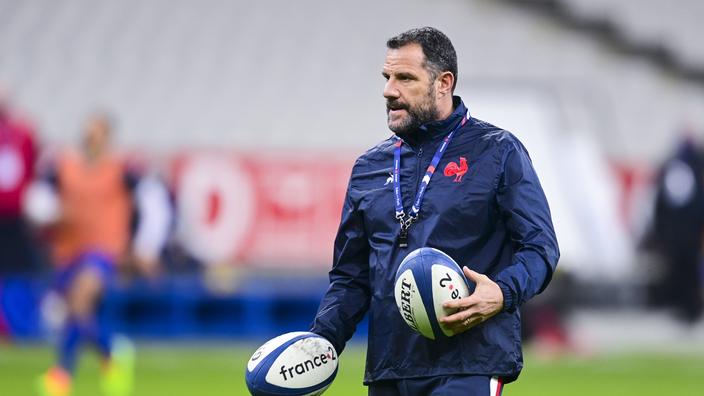 The three-quarters tricolor coach assures that Antoine Dupont and Romain Ntamack, isolated due to Covid-19, will return to the group preparing for the Six Nations Tournament on Sunday.

On Wednesday, all your future opponents have designated you as the favorite of this Six Nations Tournament. How do you live it?
Laurent Labit : We are proud of what the opponents say about us before the start of this Tournament. It is an objective for us to win competitions, to be part of the three best nations in the world. So far, we have won matches, but still no titles and we are still not in the top 3 in the world. Our construction goes through titles. But it’s not just the French team that is the favorite of this Tournament. It’s a very difficult competition with the Irish undefeated since their defeat like us almost a year ago; the Welsh who are ahead of us in the world rankings; the English who beat the South African world champions in November; Scots who we still haven’t beaten in the Tournament since our arrival. It is a very tough competition for which there is not a single favorite.

You are preparing for the Tournament with many absentees, including the titular hinge Dupont-Ntamack. How disturbing is that?
We know that when we prepare, every day is numbered. But they are two players that we know very well, who have been with us since the World Cup in Japan. And from this Sunday, they will be with us again, ready and operational. The advantage of this disadvantage is that it allows us to see other players, to develop them in our long-term vision because you never know what will happen. It allows Coly, Berdeu or Hastoy to get a little thicker, to relaunch Carbonel by giving him confidence, by keeping him under pressure.

Why didn’t you call Baptiste Serin, who was Dupont’s understudy before his injury?
First, we still consider him in our group for the World Cup. We explained to him. He was operated on, he returned in December with his club. It is necessary that it connects the matches, that it finds its level. But he has nothing to worry about. We don’t have any for him. We thought it best to bring back Léo Coly, who had already come as a training partner, so that he can once again immerse himself in our game, our training methods, because he is a player of the future.

There are still new faces during this preparation course. Will these players be launched during the Tournament?
We will do fewer experiments, we have more certainties stored up for two years. There will be fewer surprises about team compositions and the way we play.

Read alsoDanty: “The favorite XV of France is a very big word”

Does Virimi Vakatawa have reason to be worried given his current level and the competition for the center three-quarter position?
Virimi, I know him better than the others (he had him under his orders at Racing 92, editor’s note). I know his potential, everything he brings to the field when he is fit and confident. We absolutely wanted to put him in the group to restore his confidence and make him work in the hope that he finds his level. We do not forget that he was a safe bet for the team, which he is capable of doing. Afterwards, Gaël (Fickou) and “Jo” (Danty) are one step ahead of him. Moefana and Vili push. This is the rule of the game. We put him back on track and we will see over the weeks what his level is…

We wanted this Foreign Legion environment to bring more hardness and roughness to our team.

How is this internship and the exchanges with the 1er REC, this regiment of the Foreign Legion that has been welcoming you since the beginning of the week?
It’s going very well. It seemed important to us to change our habits after two years in Nice where the internship favored the rugby side and the living environment. We wanted a different environment compared to what we were looking for for our team, namely more hardness and roughness. This exchange with the Legion takes place in a particular working environment, whether it is us, the staff, with the officers, or the players who share with the Legionnaires on breaks. There are many things that bring us together: the notions of solidarity, commitment, combat, strategy. With, unfortunately for the legionnaires, sometimes dramatic outcomes, as we experienced yesterday (Wednesday) during the ceremony in honor of the fallen legionnaire in Mali. It feeds our team, it helps us move forward on our journey.

Statements taken at a press conference

everything you need to know about Techland’s open-world

after a peak in early January, the number of tests continues its slow decline