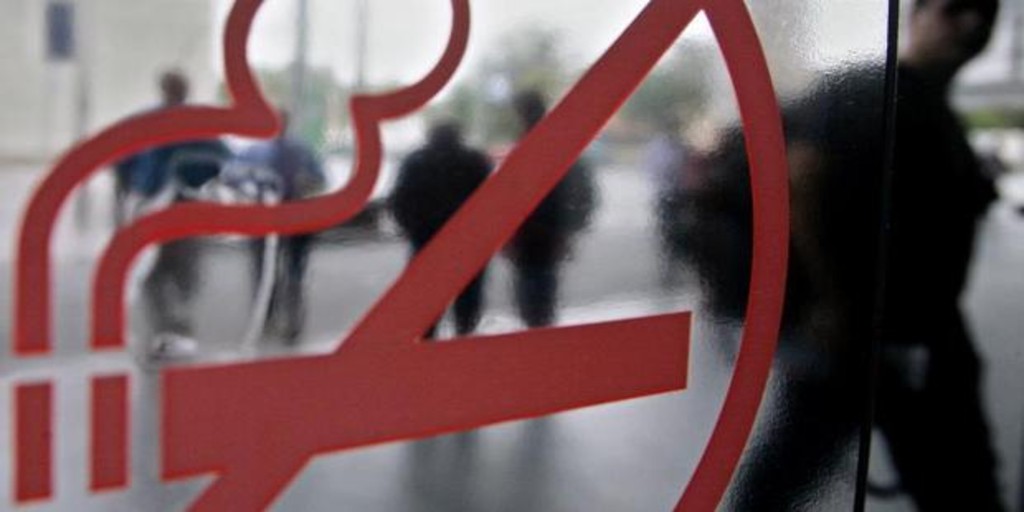 Every year they are detected in Spain around 10,000 new cases of head and neck cancer, caused mainly by the tobacco, the alcohol or, increasingly, the human papilloma virus (HPV). All of them, according to the Spanish Society of Otorhinolaryngology and Head and Neck Surgery (SEORL-CCC), are preventable causes, which means that tumors located in the head and neck area can be prevented.

More than 80% of head and neck cancer patients are smokers and its synergy with alcohol can multiply the possibility of developing it by 10 to 20 times. Similarly, infections caused by viruses, such as human papilloma (HPV) and Epstein-Barr (herpes), are risk factors for oropharyngeal and rhinopharyngeal cancer, respectively.

«That people think that only the elderly or smokers can get head and neck cancer, makes them underestimate the avoidance of certain risk factors, the reduction or elimination of which would help reduce the chances of developing cancer in the future . Likewise, thinking that it cannot happen to them makes possible warning signs go unnoticed, which contributes to their detection being made in advanced stages and the prognosis is worse, “says Dr. Pedro Díaz de Cerio, president of the Head and Neck and Skull Base Commission of the SEORL-CCC.

Head and neck cancer affects with higher proportion of men than women, especially between the fifth and seventh decades of life, although in recent years a greater number of cases have appeared in women and in younger patients. «Another myth has to do with the fact that head and neck cancer affects only the elderly but the increase in smoking is causing us to meet more and more young affected patients, also in relation to the fact that the habit of smoking is acquired around the age of 14 and many years as a smoker are accumulated at an earlier age “, says Dr. Díaz de Cerio. HPV as a risk factor for oropharyngeal carcinoma has also influenced its appearance in young people.

Head and neck cancer is diagnosed in more than 60% of cases in advanced stages of the disease. For this reason, head and neck surgeon otolaryngologists also insist on the importance of know your warning signs to consult as soon as possible about it, to be able to find the origin and establish a treatment in time. «It is important to know that those symptoms that persist for more than three weeks, such as dysphonia, sore throat, lesions or ulcers in the mouth, lumps in the neck or nasal obstruction, are susceptible to being reviewed by a head and neck surgeon otolaryngologist, because they can be signs of the presence of a tumor, “he says. Dr. Díaz de Cerio.

The overall survival of head and neck cancer is less than 40% at 5 years, and there is a 50-60% probability of local recurrences at 2 years and a 20-30% probability of distant metastases at 2 years. «All this makes it necessary for the diagnosis, treatment and follow-up to be carried out by a multidisciplinary team that includes the specialties of otorhinolaryngology, medical oncology, radiation oncology, radiodiagnosis, nuclear medicine, pathological anatomy, nutrition, oncopsychology, palliative care, rehabilitation, etc. ”, concludes Dr. Díaz de Cerio. In addition, professionals from nursing, speech therapy, geriatrics, pharmacy, odontostomatology, psychologists, etc. must also collaborate.

On the occasion of World Head and Neck Cancer Day, which is held on July 27, the Head and Neck and Skull Base Commission of the SEORL-CCC, together with the #SaludsinBulos Institute, has drawn up the following list of myths about this type of tumors with the aim of dismantling false beliefs around him:

Head and neck cancer is a grown-up thing. FALSE

Every year, 10,000 new cases are detected in Spain, especially in people between 45 and 65 years of age. The increase in tobacco use in young people and HPV have led to an increase in the incidence of this type of tumors in younger and younger people in recent years. It has also happened that, although it has always been more common in men, it affects more and more women due to increased tobacco consumption.

Cancer is not a contagious disease, it cannot be transmitted by contact with another person or by any means of transmission. However, in the case of head and neck cancer, there are a number of infection-causing viruses that can increase the risk of certain types of cancer.

HPV may increase the risk of oropharyngeal (tonsil, tongue base) cancer, while the Epstein-Barr virus has been linked to nose and throat cancer. Both viruses are transmissible but they do not always cause cancer.

The myth is widespread that microwave radiation can cause cancer, such as throat cancer. However, this is completely false. Microwaves emit non-ionizing radiation and therefore do not cause any damage to the genetic material of cells. Nor do they modify the composition of the food.

There is no solid evidence to show that mobile phone radiation is associated with the development of head and neck tumors. The radio frequency emitted by these devices does not damage the DNA of the cells since it transmits non-ionizing electromagnetic radiation.

HPV, one of the risk factors for oropharyngeal cancer, can be contracted through unprotected oral or intercourse sex at any time in life. It causes the most common sexually transmitted infection worldwide. Its detection in the cervix or oropharynx is indicative of infection, but not of the development of a malignant tumor, since not all types of HPV have carcinogenic capacity, something that happens in some cases without knowing the reason yet. Typically, HPV-related oropharyngeal cancer is located in the palatine tonsil and / or the base of the tongue and can cause symptoms such as a foreign body sensation in the throat, sore throat or ears, or enlargement lymph nodes. It is important to go to the ENT specialist in the presence of suspicious signs so that they can evaluate each case and determine their origin.

Only smokers and people who drink alcohol can develop head and neck cancer. FALSE

Tobacco is the main risk factor for developing head and neck cancer, in fact, the majority of diagnosed patients are smokers. However, this does not mean that only these people can be candidates for head and neck cancer. Certain viruses such as human papilloma can also play a role. Oral hygiene, exposure to certain substances or irradiation, genetic factors, etc. they may also be involved.