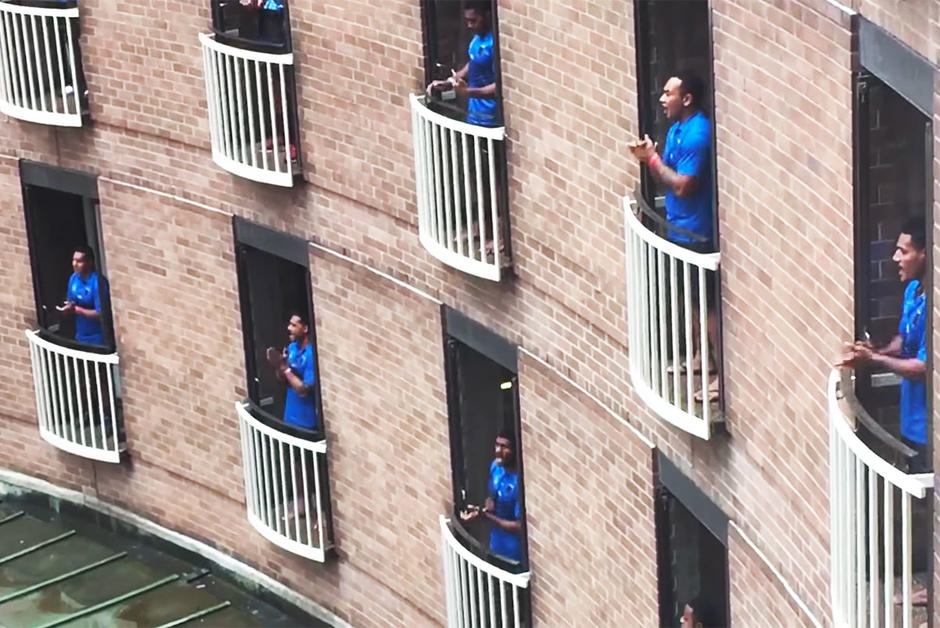 Traveling to Sydney to play a competition, the rugby players of the Fijian team Kaiviti Silktails decided to push the bill on the balcony of their quarantine hotel, at the end of their fourteen days of isolation. The images caught the attention of the foreign press.

They are called the Kaiviti Silktails, or “silk tails”, the nickname of a small black bird emblematic of the Fdji Islands (that is here). This semi-professional rugby team from Lautoka, Fijian’s second largest city, is traveling to Sydney to play a hugely popular – albeit fairly minor – Australian competition, the Ron Massey Cup. If the tournament is maintained this year despite the Covid-19, the Fijian players had to spend 14 days in quarantine in a hotel in Sydney before they could touch the oval ball.

In a video relayed here by The Guardian, we can see them singing on the balcony of their room, to thank the hotel staff at the end of their period of isolation:

A judged gesture “fabulous” by Internet users, as reported by the Australian news site News.com.au. The 35 Fijian rugby players, the title says, will now spend seven months in Australia due to “Strict travel restrictions preventing them from returning to Fiji before October”.

The “Serenade” offered by the players, as the Fijian media writes The Fiji Times, consisted of two traditional pieces in Fijian Hindi, the religious song “This is my prayer” and “Isa Lei”, a farewell song.