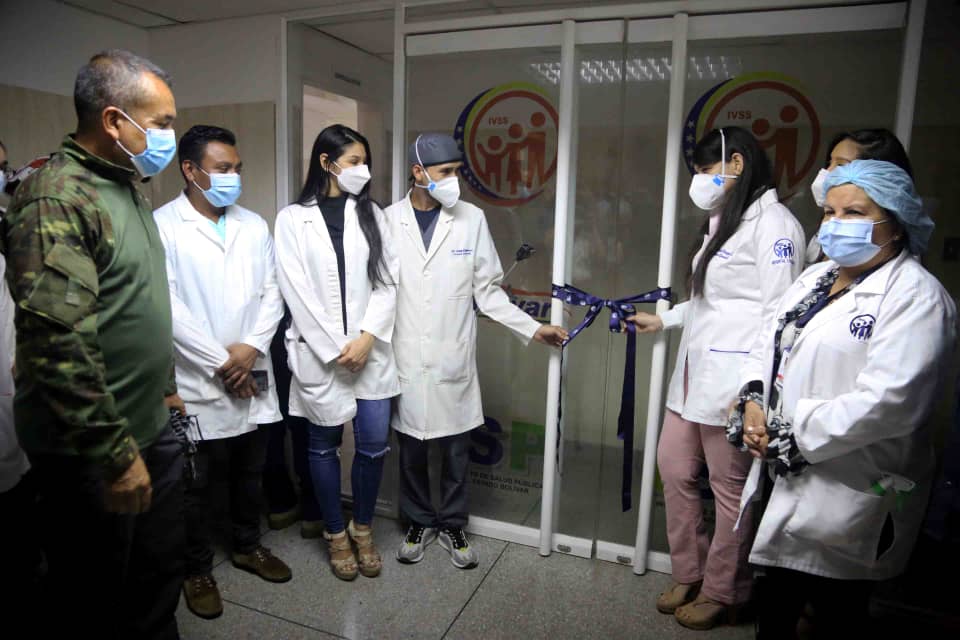 They made an investment of 130 billion Bolívares and it will benefit 230 health professionals in total.

In support of the health sector in Bolívar, the regional government conditioned a wing of the Uyapar hospital in Puerto Ordaz to house resident doctors of different specialties, who work 24 hours a day in this institution.

In this way, the mandate of President Nicolás Maduro to make health a quality and efficient service for the sovereign is fulfilled, especially in times of pandemic.

This was reported by Justo Noguera Pietri, explaining that the activation of the rest room will offer the necessary comfort to the resident doctors and specialists of the Uyapar and field hospital that operates on the outskirts of the hospital center.

More than 115 doctors, including specialists and residents, will benefit in turn from this break room, which had an investment amount close to 130 billion bolivars.

The facility consists of different areas such as a lobby arranged for the recreation of physicians, kitchen, laundry service and properly equipped rooms, so that medical professionals can rest in dignified spaces.

Likewise, the rest area has its security system, as well as a conference and entertainment room with a capacity for 100 people.

“But the most important thing has been the love and affection that the whole team has given them, so that they have a decent place that they can be in short or medium time,” said Noguera.

Regarding the reinforcement of security measures on the border lines of the Guayanese entity, he indicated that Bolívar, being the largest and most complex state in the social dynamics with the mining issue, has managed to contain the outbreaks thanks to the fact that It has a consolidated team, without improvisations but committed to the work planning in a situational way.

They estimate to raise to 15 thousand daily vaccinations so that by the month of October it will be possible to reach 70 percent of the population, taking care of the cold chain at all times and complying with the protocols for handling the vaccine.

He reiterated that the strategies to combat the income to the entity have been reinforced, in order to avoid the spread of the Delta variant in Bolívar.

“We have in containment the eight trails that are in front of Sampai, Guará, San Antonio de Morichal, Villas de Ikabarú and Santo Domingo; there is the Bolivarian National Armed Forces with two battalions and the Bolívar State Police ”.

He also explained that in front of the Essequibo there is a containment of the Bolivarian National Guard to San Martín de Turumbang, the island of Anacoco and Araguay to San Juan de Venamo. 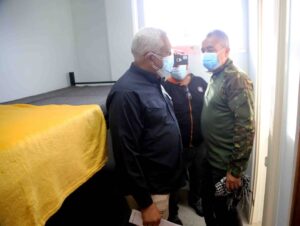 “We are covered throughout the border line with Brazil and the border line in front of the Essequibo, offering a permanent patrol. In Puerto Arévalo, El Burro sector in Cedeño, they moved the control point to Aguamena in the upper Parguaza, to prevent them from entering the trails, “he said.

He explained that they traveled 22 kilometers, installing a mandatory health checkpoint.

Regarding the flow of Venezuelans through the border with Brazil, he stressed that it remains constant with peaks between 80 and 140 Venezuelans to whom care, control and feeding are applied to then enter a sanitary tunnel, which has been replicated in other states .

Have the information instantly on your cell phone. Join the Diario Primicia group on WhatsApp through the following link: https://chat.whatsapp.com/Jv2hzmldg1SH1EaFbjb6h2