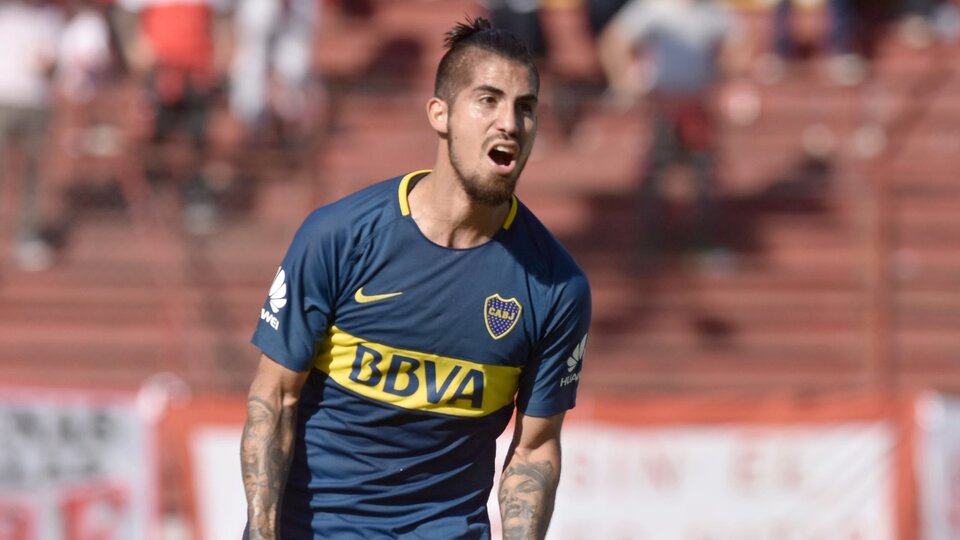 Former Boca striker Oscar Junior Benítez was arrested this Thursday, charged with the crime of rape, threats, injuries and resistance to authority, after starring in an episode of violence in a family context.

Benítez, 29, hit his ex-father-in-law, Juan Carlos Ayala, in the face when he went to Rodríguez Peña’s home at 600, in the Buenos Aires town of Adrogué, in search of his ex-partner, who, according to his father, is a victim of violence. of gender but refuses to formalize the complaint.

Judicial sources told the Télam agency that the player who played for Atlético Tucumán until the last tournament “was not in his right mind and was in a very disturbed state,” for which he was referred to the Lucio Meléndez Hospital in the area, once was controlled by the police. Benítez, who was hiding in some bushes on the property at the time the police arrived, reacted when the officers asked for his identification and tried to physically attack them, although without injuring them. Based on Ayala’s complaint, UFI 16 of Lomas de Zamora intervened, which referred the file to UFI 17 under the responsibility of prosecutor Juan Manuel Baloira, who arranged for the footballer’s arrest.

Junior Benítez played for Atlético Tucumán until the last Professional League (LPF). He began his career in Lanús and was champion in 2016. That year he went to football in Portugal (Sporting Braga) and the following year he arrived at Boca, where he also celebrated a title (2017-18). Since then he later played for Argentinos Juniors, Atlético San Luis de México and Delfín de Ecuador, until he joined the Tucuman team.

WWE 2K22: Release date, cover, images… All the info on the wrestling game

The future of pediatric oncology lies in precision medicine