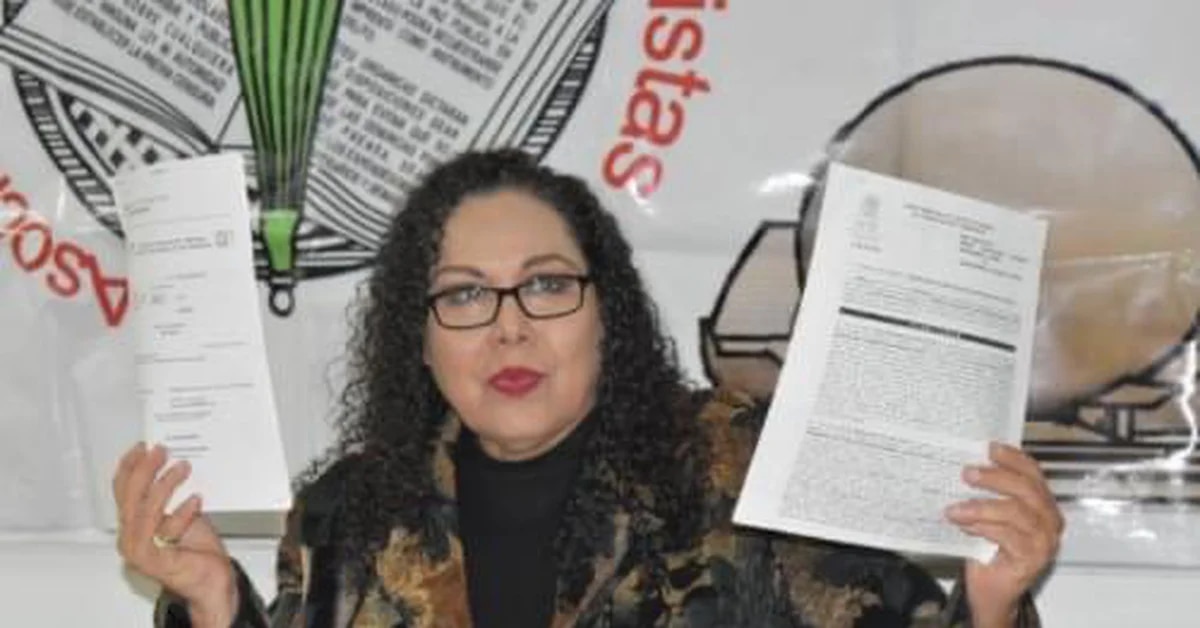 Lourdes Maldonado had seized a company owned by the former governor of Baja California (Photo: Screenshot)

On the night of this January 23, the murder of the journalist Lourdes Maldonado in Tijuana, Lower California. She was attacked with a firearm in the Las Villas neighborhood, in the Santa Fe area, while she was in her car.

According to the first reports, the events would have occurred around 7:00 p.m. when the communicator was outside her home. Maldonado was registered in the State Mechanism for the Protection of Journalists and Human Rights Defenders since 2021.

Witnesses who heard the shots reported the attack to the emergency number. In the zone The communicator was found aboard a sedan-type vehicle, red, same as it had had the driver’s side crashed glass, caused by the bullet impacts.

Elements of the Municipal Police and paramedics from the Red Cross arrived at the scene to attend to the victim. The neighbors warned that the car had been running for about 40 minutes in the same place., a fact that also seemed suspicious.

Who once worked at Televisa Newscasts maintained a legal lawsuit against the former governor of the National Regeneration Movement (Morena), Jaime Bonilla; and just last January 19, he won a labor lawsuit for unjustified dismissal in one of the companies of the former state president.

The journalist asked AMLO for help in 2019 to resolve her lawsuit against Bonilla (Photo: Twitter/@kahoca)

According to the ruling, Mexico’s Media Sport television station (PSN) was embargoed in favor of Maldonado. Bonilla was notified of the situation, but there was no legal team to represent him. However, for Eduardo Edmar Pérez Castro, labor defense of the journalist, this legal advance could help her achieve a payment agreement for the 6 years she worked there. The amount would be around half a million pesos.

Likewise, upon being designated as intervening depository, will be allowed to request the accounting books in which contributions to all workers were recorded.

“As of Lourdes Maldonado being sworn in as intervening depositary, she is obliged to provide all the accounting books, all the payroll to her employees. You are obliged to deliver the contributions to social security and Infonavit, deliver everything related to the payment of taxes, “said the lawyer.

It should be remembered that in 2019, Lourdes Maldonado attended a morning press conference to ask President Andrés Manuel López Obrador (AMLO) for help on a “labour issue”, a term he used to refer to his dispute with Bonilla.

At that time, the reporter pointed to the former governor as the person responsible and called him a man with whom “little can be done”, in addition He assured that “he feared for his life” due to this legal lawsuit.

Last January 17 the murder, also shot, of the photojournalist Margarito Martínez Esquivel, who was found dead, in the same way, outside his home located in the Camino Verde neighborhood.

Three days later, on Friday, January 20, Maldonado proposed the creation of a contest to commemorate his colleague during the vigil at the roundabout of Las Tijeras. However, he will no longer be able to continue with the mission because he suffered the same fate as Martínez Esquivel.

With this homicide, three journalists have been killed so far in 2022. Two of them in Tijuana and one in Veracruz, registered on January 10; It was about the director of the digital media InforegioJose Luis Gamboa, who was stabbed.

José Luis Gamboa, a journalist from Veracruz, died in a hospital after being injured during an alleged assault
Yucatan: they tried to assassinate the journalist Jaime Vargas Chablé
The unheard-of disappearance of more than 2,400 people in just 5 years in Quintana Roo

They arrest in Jalisco ‘Don Carlos’, alleged operator of the CJNG