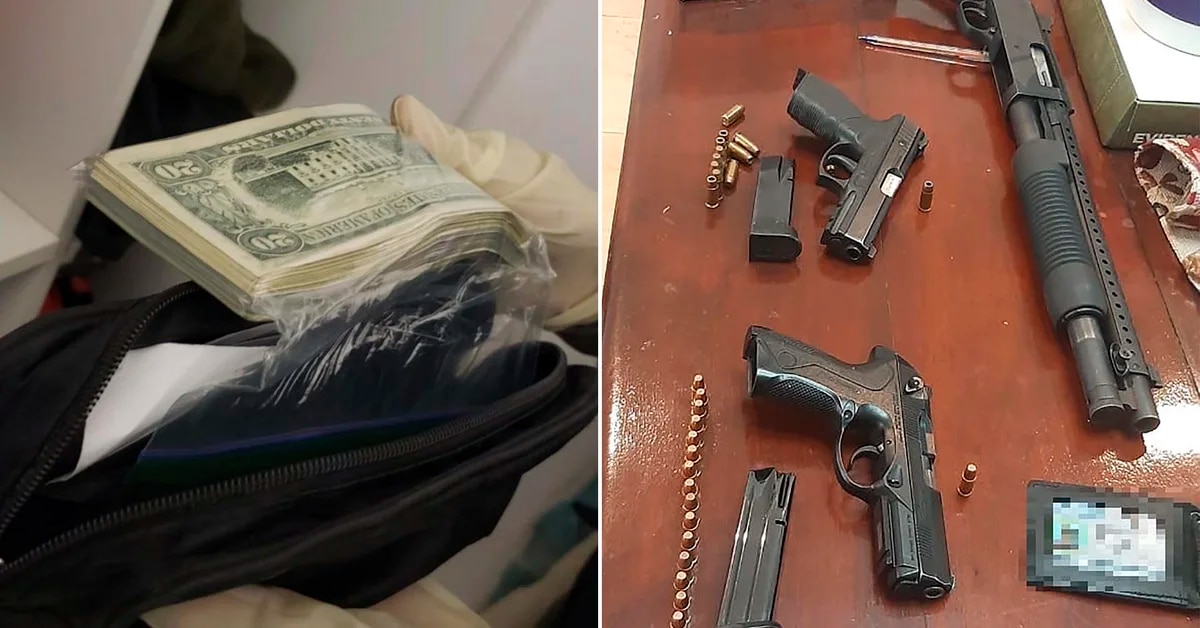 The drug seized in the raids

The National Gendarmerie broke up a drug gang that operated in the North and West areas of the Buenos Aires suburbs. Three arrests were made by order of the Federal Court No. 2 of San Martín, by Judge Alicia Vence, who also issued national and international arrest warrants for two members of the Buenos Aires Police, belonging to the Illicit Drugs division of Lomas de Zamora.

The criminal organization is also suspected of selling firearms illegally.

In the eight raids in which the gang broke up, the investigators seized cocaine, marijuana, more than 4 million pesos and 26,960 dollars. Even more than 30 thousand fake dollarsfirearms (pistols, carbines and shotgun), ammunition, bulletproof vests, precision scales, drug cutting elements, cell phones, notebooks and documentation of interest to the cause.

According to official information, the band used the modality known in the street as “false break-in”: Disguised as policemen, they entered the homes of other criminal organizations that they had marked. After posing as agents, the “they wallpapered“, namely, They told them that the Justice was investigating them. This is how they stole drugs, weapons and money to later resell that material in their reference area.

According to the sources, the procedures trout they were carried out by the party of Lomas de Zamoraterritory where the Buenos Aires police officers, supposedly involved in the operation, performed their duties. What makes us suspect that the agents used the information they collected in their work and then went to rob them.

Part of the dollars found

Thus, the investigation by Judge Vence, who was also in charge of the poisoned cocaine case, which has targeted the detained drug trafficker Miguel Angel “Mameluco” Villalba as one of those responsible It started a year ago when they found out how the gang operated.

Judge Vence gave intervention to Gendarmerie personnel and, in this way, after a year of listening, monitoring, street data, detectives identified the members of the organization.

After obtaining the information and corroborating the maneuver, Judge Vence authorized this Tuesday eight raids that occurred in the towns of José C. Paz, Moreno, Pilar and Lomas de Zamora.

The raids to disrupt the criminal organization

Three suspects, two men and one woman, were arrested in the operations. It is also suspected that the policemen, alerted by the procedures, They fled and the judge issued two national and international arrest warrants for the agents under investigation.

Some of the weapons seized

Thus, the detainees were sent to a dungeon waiting to be called to testify by federal judge Vence, who is on the trail of the Buenos Aires police officers who disappeared from the places they used to frequent.

Kidnapping, death threat and crypto scams: they arrested the “Gordo Hacker” again
A poisoned dog and a valuable house that was not stolen: the mysteries of the case of the retired woman handcuffed and burned in Quilmes
Villa Dominico: a group of dogs bit a neighbor and report more attacks
They investigate the death of five babies in the Neonatal Hospital of Córdoba: they separated more than 20 employees