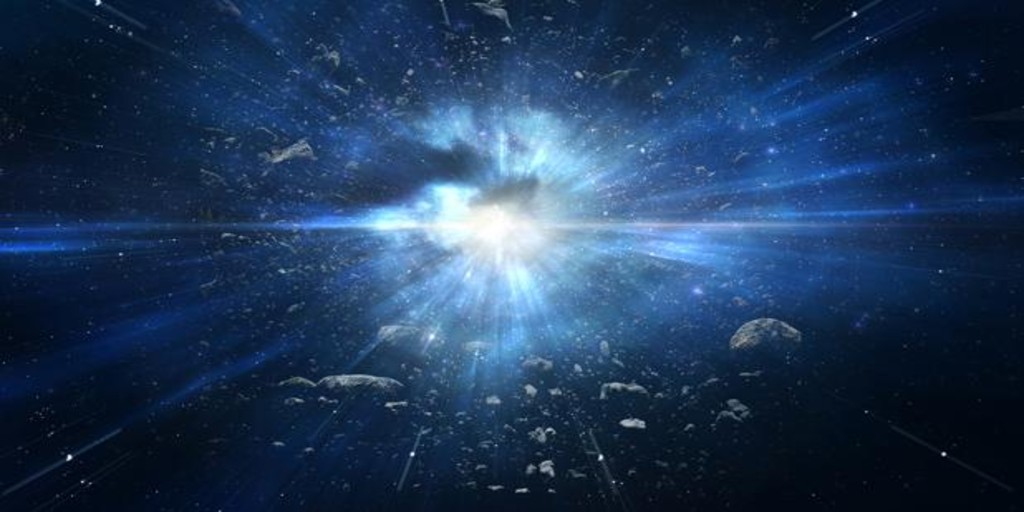 Two intriguing signals detected by a small new gravitational wave detector could lead scientists to a whole host of exotic phenomena, from new physics to dark matter interacting with black holes or even the vibrations caused by the Big Bang at the beginning of the Universe. However, due to the novelty of the experiment, the researchers prefer to be cautious when officially announcing any findings. His work is described in detail in an article published just a few days ago in
‘Physical Review Letters’.

The new detector, based on a piece of quartz capable of resonating when traversed by a gravitational wave, has been specifically designed to capture the highest frequencies, never recorded until now. And during its first six months of operation, the device measured, on May 12 and November 27, 2019, the two mysterious signals.

“It is exciting,” says physicist Michael Tobar of the University of Western Australia and co-designer of the detector, “that this event has shown that the new detector is sensitive and is giving us results, but now we have to determine exactly what those results mean.”

The detectors used so far, such as LIGO or Virgo, have arms several km long, inside which laser beams travel with such precision that they are slightly disturbed by gravitational waves, causing interference patterns that can be analyzed to reveal nature. of the events that caused those waves. However, this technology, thanks to which waves from collisions of black holes and neutron stars have already been discovered, is optimized for the detection of low-frequency gravitational waves.

The high-frequency ones are much more difficult to detect, but they are worth ‘hunting’ them, since they could reveal valuable information about the Big Bang and the first moments of existence of the Universe. Or, closer in time, they could discover objects that so far are only hypothetical, such as boson stars or primordial black holes that are believed to have arisen by the billions during the Big Bang. These waves could even be generated by dark matter clouds. It is not surprising, then, that astronomers are so interested in locating them.

In 2014, Tobar and his colleague Maxim Goryachev designed a ‘benchtop’ detector in order to find high-frequency gravitational waves. And years later, together with an international team of researchers, they carried out the round of observations that located the two strange signals.

What could it be?

Of course, and hence the scientists’ caution, the two signals detected could be due to various causes, such as the relaxation of mechanical stress within the quartz disk, the action of cosmic rays, or an internal radioactive event caused by ionizing radiation. external, although the researchers do not know of any external event that could produce that kind of event.

The rest of the options, of course, are much more exciting. In fact, the signals could be due to disturbances caused by dark matter. But it could also be the long-awaited high-frequency gravitational waves, those that would allow scientists to dive until the very moment of the Big Bang. Be that as it may, more research is needed to be sure.

Therefore, and with a view to the next round of observations of the detector, the team of scientists will add a second crystal, associated with a muon detector, in order to rule out cosmic rays. “This experiment,” says Tobar, “is one of only two currently active in the world looking for gravitational waves at these frequencies, and we have plans to extend our reach to even higher frequencies, where no other experiment has looked before. The next generation The experiment involves building a detector clone and a cosmic particle-sensitive muon detector. If the two detectors find the presence of gravitational waves, it will be really exciting. “